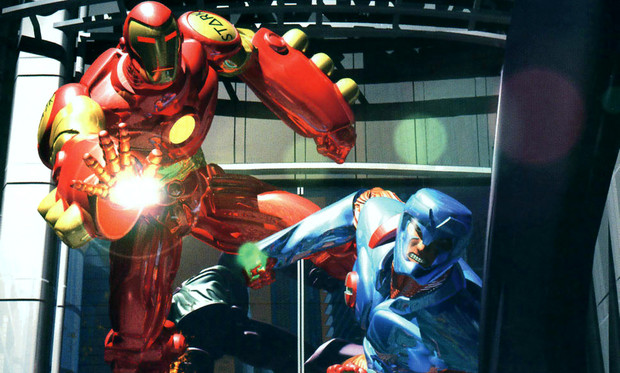 Acclaim Entertainment became a corporate licensing juggernaut in the 1990s that was eerily reminiscent of the companies that crashed the market in the 1980s. They were a company that sold games and had no interest in the entertainment side of this industry. They proceeded to buy, gut and change things that we as gamers never really caught on to with the industry's focus placed on the shiny side of things and less on the people that work in the background. This is highlighted in the abominations that Acclaim brought with their comic book licenses during the PlayStation era.

In Japan these games would be called "Kusoge" or "Garbage Game." We call them licensed games. Either way they were (and to an extent still are) a group of games that are infamous in how terrible they are. This is what Acclaim went out of their way to produce for their early PlayStation titles. One only needs to look at this and their Fantastic Four game to see how far from ideal these attempts were.

Valiant Comics was an upstart comic book company in the late 1980s. They brought to the table some fresh ideas on classic characters like Solar: Man of the Atom, Turok and Magnus: Robot Fighter. Valiant came up in a market that was adopting diversity for the first time in 40 years and they legitimately challenged the big two in sales for a short while. In 1994, Acclaim purchased Valiant for $65 million.

Acclaim took Valiant and turned them in to a marketing system for many of their video games. That was the bread and butter of their company and much like LJN, they retooled it into something that worked for them. The first thing they had to establish was a relaunch of the characters Valiant had built up in the few years they had been in operation. This change retooled many of their origins to coincide with Acclaim's video game wing.

Valiant Comics lost what made them a good company and in the long run suffered for it. X-O Manowar was one of the bigger victims in this shakeup. Originally, the series starred the warrior Aric of Dacia. He was kidnapped and thrown through space and time by alien spiders using him for food. He plans his escape and steals an amazing piece of technology in the X-O Manowar armor. This armor was a sentient being that would change its form and abilities for their owner. All in all, it was an interesting story, with cool armor and plenty of room to grow in to itself as we see how this man from a different time has to deal with the fresh world around him. It also had lots of hot male nudity for the ladies as Aric's suit tended to melt off from time to time leaving him at his most vulnerable.

In 1995, Acclaim sat down and decided to relaunch the Valiant universe anew. The relaunch would begin in February 1996 and Iron Man/X-O Manowar followed in October. Great planning, except for the fact that the relaunch would drastically retool X-O Manowar as a scientist named Donovan Wylie that stumbles across the ancient and unknown X-O armor. It wasn't a criminal change to the character, but all investment in it was ruined at that point for fans of the old series. For people that wanted to pick up a copy of the game and an issue of X-O Manowar, they would find out that the characters names and appearance were completely different. Ironically, the new X-O Manowar was retooled to look a lot like Iron Man.

So, Valiant was at a crossroads and Acclaim had a group of new properties that they could throw together in to a game. The easiest way to market their new product was to join it together with one of their established Marvel's licenses for an epic media crossover event. Acclaim would print posters, comics and video games in an onslaught that never seemed to convince anybody that they'd want to try this new game.

Acclaim pushed out the event in many different ways but there was absolutely nothing exceptional about it. It essentially boiled down to a team up of X-O Manowar's rogues gallery and the Masters of Evil to get shards to reform the all powerful Cosmic Cube. These evil leagues lead the two heroes of their respective universes to gather and bring them down. In the comics that paired with these games, Stark and Aric's realities have become warped and they are blended on top of each other after the two. The effect is that the Avengers are now split with Solar and Rai now fighting beside Captain America. What's more important is the fact that Tony Stark wears the X-O suit while Aric dons the Iron Man armor in the latter half of the tale. This of course isn't present in the game, but nobody was really expecting it to be.

Through awkward flying, platforming and laser firing, they tackle the villains and save the day. Unfortunately, the Sega Saturn and Sony PlayStation versions offer nothing new to the formula that games like TMNT: Turtles in Time and countless others hadn't done far better. The movement is awful with popular attacks like the Unibeam being totally ineffective compared to normal blasters. The characters are virtually indistinguishable so choosing X-O Manowar over Iron Man is pointless. Worst of all is the graphics which were bad even for the awkward early PlayStation era.

The Game Boy and Game Gear ports of this game fared a little better. They weren't good platformers in the slightest, but the 2d graphics gave the game a bit more personality. The lack of diversity in the characters is still apparent and forces you to question why this wasn't just an Iron Man game exclusively. There isn't enough care placed on X-O Manowar to justify his inclusion in the game.

Acclaim probably tried to use Iron Man's name to boost sales on their Valiant line, but it didn't make sense with the planned reboot of the title. Heavy Metal is the type of game that defined the bad licensing deals of the 1990s. Cheap cash-in stunts like this hurt the comic industry and changed the landscape for Valiant and many other upstarts during this period. Fortunately, Acclaim would be able to redeem some of the franchises like Turok and Shadowman in the gaming space, but by this time their sales in comics were plummeting and Valiant would die out quietly at the turn of the century. 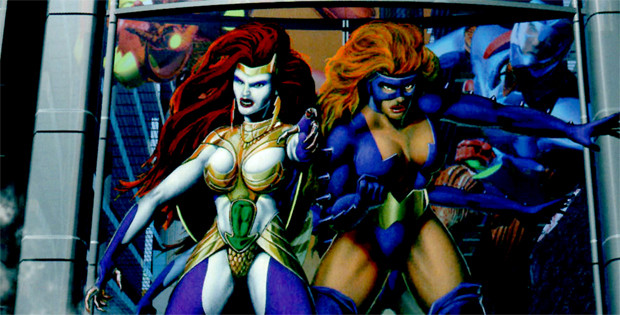 Next: Batman the Brave and the Bold