A story from the Wasteland

I met with a strange woman in Megaton. She said she was writing a book, but I'm pretty sure she just wanted a lab rat. I probably should have run away, but she needed help and I really didn't know anybody out here.

She irradiated me and wanted all kinds of weird things for this survival guide she was writing up.

The weirdest thing she wanted me to do for her is probably the easiest thing I had to. All she needed me to do was go to a playground in the town of Minefield. Sure, I'd risk having my face blown off, but I've oddly become accustomed to these situations. With all the super mutants running the city, this was actually easier.

So I set my Pip Boy towards the directions she told me and off I went in to the desert. 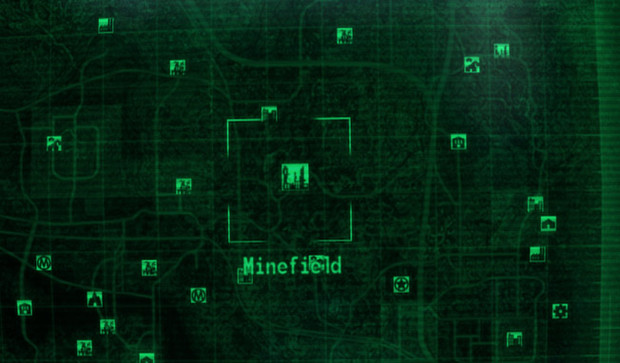 Minefield was a dive. Apparently the city had been a part of the blast, but some old man was making sure it stayed that way. I should know better than to just run up to somebody in a place like this. I wanted to reason with him, but he wasn't much for that. The biggest problem was what I saw there standing between him and me.

Hundreds ready to blow your legs out from under you. And there he was just shooting down at me. I wanted to run for cover, but small desert towns don't accommodate real well with that. By the time I had finally reached him, I VATS'd that gun outta his hands. Still, he just wouldn't stop charging after me. Didn't take long though. He was a pushover without the gun.

Maybe that's the sleep deprivation talking. Shouldn't talk about the dead like that. Gotta promise myself to rest for longer than an hour.

Apparently, the old coot had been storehousing quite a bit of ammo up on his perch. He must have raided Germantown's HQ. Shame I had to break his sniper rifle though. Coulda used that.

Once I blew up all the mines and made my way to what I had to scope out, I decided it was time to see what else I could scrounge up from the town. Thankfully that old man had the key to the city around his neck otherwise I'd need to sharpen up my picking skills.

The first house I ran across was the Benson's. Apparently, that geezer knew what he was doing. Found me a punk who must have been scoping the place out. Seems he was messing around in the wrong little town. He wasn't much trouble, too scared to really hold his gun right. At least I got me a magazine for all the work.

I figured It would be best to head back to the house I first ran across when I stepped in to town. Half the siding was blown off and curiosity had the best of me. Shoulda stayed away from there. The Gilian house was littered with radroaches in every room except the kitchen. Almost lost my lunch a couple of times.

What the radroaches had found were the Gilians themselves upstairs. Though the roaches didn't really leave enough to know the whole story. Apparently, they tried huddling around the bath tub, but it didn't work out for them. After looking back in to the young boy's room I found out when this tragedy had happened to their family.

I next headed in to the Gibson's place. Seems that guy wasn't working alone when the old man caught wind of him. His pal was stuck here and equally as scared.

Apparently these Gibson's were hobbyists as one of the few things that survived happened to be a tiny model of a house. I didn't have the heart to tear it open to see what was inside.

I ran up stairs hoping nobody else was around the corner and stopped in the first room. Apparently the Gibson's had a kid with some medical issues. There was a brace and a crutch. Some surgical tubing sitting just above a toy car. I left the room hoping the family survived the blast, but as I walked to the back of the house I saw the couple. 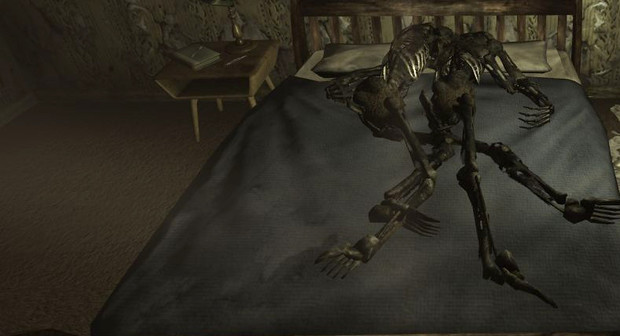 Two adults spooned together on their bed. Forever in their final moment. Then it dawned on me.

Where was the child?

I wouldn't find that out until I walked outside and looked at their front door. A small hand print marked the door. It was black as the bones inside the house.

It's pretty harsh out here as is, I wonder how someone with so many issues was forced to survive out there. I was left with a million questions I wanted to know about this Gibson family. Not that any one could ever be answered.

I've spent a long time thinking about that old man and why he defended this hell hole for so long. Was he the last survivor, preserving his childhood home?

Did I kill the last memories of Minefield? All to visit some playground for some stupid book? A playground that child probably went to.

I really can't keep asking myself these questions. 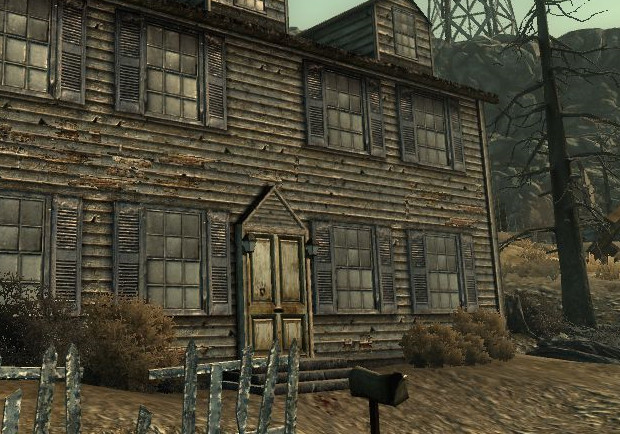 Sigh. This place really is a wasteland.