I'm not sure what happened this past year to warrant such comments, but 2010 most certainly did not suck. Where could such disdain come from? Last year was perhaps one of the greatest year's I've experienced as a gamer and I can't really understand how anyone could show me otherwise.

To give you some perspective, can you think of a month last year that didn't come out with a good game in it? I really mean that. Was there a single month out of the entire year, where no game came out that you just couldn't picture yourself playing? Here are some choice releases to help you remember the year. Skip if you answered yes.

December: Back to the Future: The Game, Raskulls, World of Warcraft: Cataclysm, Fluidity, Lilt Line, Cthulhu Saves the World and X-men Arcade

If you answered no to the question above, then you are probably in denial and need a wake up call. 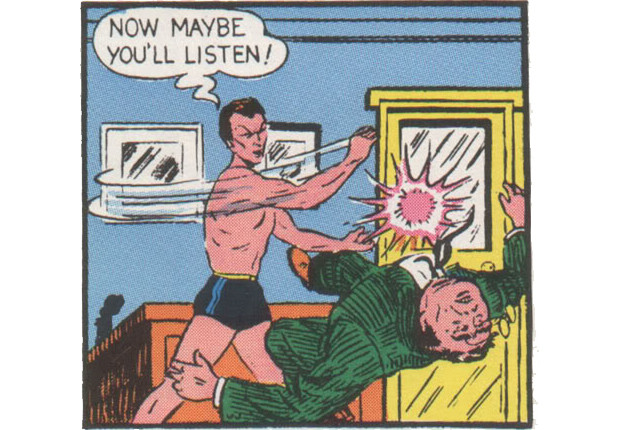 Maybe these franchises are getting stretched too thin, but this is all familiar territory and nearly every game necessitates a playthrough. Each game has tremendous improvements that warrant at least a look. There are plenty of new games to scratch your curious itch as well, so let's look at the big three step by step.

If you aren't paying attention to the Wii after this year, you never will be. Gamers received 4 out of 5 of their core franchises with two Zelda's bouncing around 2011. Action gamers get No More Heroes 2. FPS lovers get Goldeneye and Red Steel 2. JRPG players got Arc Rise Fantasia and Sakura Wars. This doesn't include the Bit.Trip and other Wiiware titles. I shouldn't even have to talk about the DS, since it hasn't had a bad year ever.

Microsoft has Halo, Splinter Cell and Fable, but the year's exclusive hits came from their XBLA service. Limbo, Toy Soldiers, Super Meat Boy and many many others proved that whatever Microsoft is doing with their distribution service, it works. Kinect also, put up great numbers even with complaints from the core fanbase. Whether or not you like Kinect's lineup, I think we can all agree that Dance Central is an amazing use of the camera.

Sony gave us 2 God of War's this year. Pair this with their experimental projects like MAG and Heavy Rain, and you have the best of both worlds. Square Enix then delivered the definitive versions of their games on the console and Sports Champions proved that you can still make a good Wii Sports game. PSPs in Japan are exploding in popularity giving the handheld a new lease on life for people that enjoy Japanese games.

Even in movies, despite the fact that Scott Pilgrim tanked, I still was left with the best game referencing popcorn date night I've had in a while.

In the span of a year, I've played some shockingly good games. I feel spoiled. I really do. I want to own a PSP just so I can finally play anything and everything that comes out.

Super Meat Boy taught me what the buttons on my controller are supposed to feel like. Mass Effect 2 and Sakura Wars reminded me of that feeling of awkwardly trying to figure out how to get the really hot chick to like you. Donkey Kong Country Returns reminded me that true platformers are still kicking and Super Street Fighter IV's appearance at EVO reignited my love for the fighting genre.

Heck, Nier even taught me to remember to play games with the audio on. I've forgotten what good video game music really should be.

I have grown my love of this hobby many times over just based on the games I've played in 2010 and I can't really say that about some years prior.

The only thing I can truly say was disappointing this year was the loss of developers to this shaky economy. Infinity Ward had to jump ship and start all over at EA with a lawsuit hanging over them. Keiji Inafune had to leave Capcom after getting a chance to work on the one game people have been begging him to do for years. Cing was forced to declare bankruptcy. Flight-Plan of Summon Night fame closed their doors down in the middle of the year. Viacom unloaded Harmonix after they had a stellar year in games. Cavia was absorbed and the director of Nier is being forced to retire.

I'm only disappointed in a system that isn't rewarding such great developers and teams. I know that these talented creators have no problem finding work, only that they were left unrewarded in the work they had.

Sad thing is that the above is the short list of layoffs and shuffles. For an industry that is growing, it's sad to see people having to worry about their future.

For some reason it was quite popular this year to drive a nail in to the coffin of Japanese games. Easily the best example is in comparing Final Fantasy XIII to Mass Effect 2 to really showcase the fact that western developers have surpassed the Japanese with their old school mentality on game design. One mediocre game from Japan does not sink an entire industry. I'm not really sure how people have come to this conclusion.

I'll agree that Square Enix did a terrible job of handling their biggest franchise, but they did have some quality titles come out for portables. Final Fantasy: the 4 Heroes of Light and Dragon Quest IX put great new twists on classic gameplay. Nier and Resonance of Fate added a lot of unique mechanics to their genres.

Atlus brought a handful of great games that emulate traditional mechanics with new directions. NISA brought some diverse titles with dungeon crawlers, SRPGs, adventure games and visual novels. We even got Sakura Wars this year. A game that was written off by everyone in the US.

The biggest issue is that HD consoles aren't getting the games they need because Japan has seen a consumer shift to handhelds. That's why Dragon Quest IX is on a handheld and it's where the quality is focused right now. If you are stuck scoffing at Final Fantasy's failure this year, you are missing out on a great deal of quality Japanese games.

Hopefully this knocked some sense in to anybody that truly felt disappointed this past year. There were some games that just didn't live up to the hype, but I haven't seen any games that didn't have the quality and attention that it truly deserved.

Yes, we did receive some bad games in 2010, but looking at the list above shows me that every bad game had a counterpart that more than made up for it.

With the new year and a bevvy of new titles on the way, hurry up and snatch some of the old releases of last year before they pass you by. You'll probably stumble across something that will amaze you.