11:38 AM on 07.07.2010 (server time)    0
Just to start this is not video game related. But as this is a site centered around video games I will be making a lot of game references to keep with the theme. As many of you know for the past month I was in the hospital. This is a blog about my entire experience.

It all began with a minor discomfort that slowly got worse and worse. Eventually my health began to deteriorate as my condition worsened. Without my knowledge I was hit BIO and it slowly ate away at me. Being the stubborn person that I am I hid the fact tthat I was constantly in pain and growing weaker and weaker.

Finally my condition reached CRITICAL and my father put his foot down and took me to the hospital. There I was moved from room room before a doctor talked to me. Telling me I was in bad shape and in need of surgery. Within in an hour of hearing those words I was on a stretcher being taken to surgery. The last thing I saw was the doctor putting the gas mask on me telling me everything was going to be fine.

The next thing I remember is waking up in a strange room with wires all over, machines beeping, and in a tube in my mouth. But lucky for me a lot the friendly NPCs and PARTY MEMBERS I had met over the course of my 25 year journey were around me, to comfort me. Nothing better than a friendly face to keep you from freaking out and hurting yourself. But it sucks to have all that shattered when the doctor tells you it was almost GAME OVER. Turns out I was in worse shape than I though. Reduced to 1 HP by my condition. But the surgeons hit me with CURAGA and brought me back from deaths door. 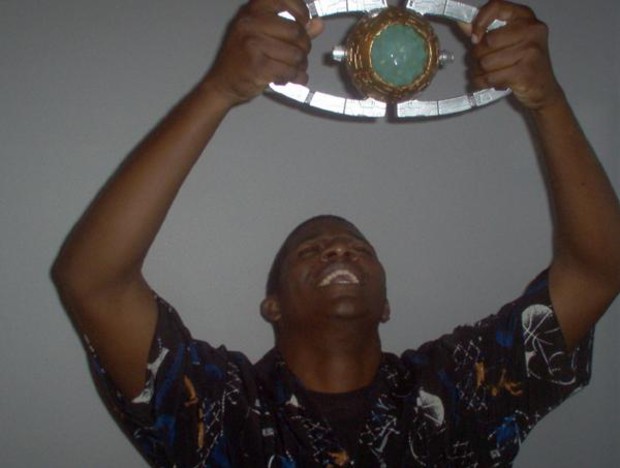 Yes I mentioned the whole Transformers thing just to have an excuse to post this picture. Why? Because I got the touch, I got the power...YEAH!!!
#Community
Login to vote this up!

Well hello. My name is Ron, and yes i'm a nerd. Always have been always will be. Video games are my life. Without them i would probably be, I don't know outside playing sports, or doing something "constructive". I play action, adventure, survival horror, first person shooters, and just about anything else to raise my achievement score. At one point I was really big into rpgs, mainly the more obscure American releases. Now I prefer games that I can play in short bursts without having to worry about a long story to remember. And by short bursts I mean 4 -5 hours. I am an achievement whore. Can't stop won't stop. I like too many games, but if I had to choose a favorite I would have to say Dead Rising. On a hard day nothing brings a smile to my face quite like running over hundreds of the undead in a car, with the hood down. Then hoping out and killing more with my mega buster.

When I'm not playing games, I'm either on Myspace screwing around there, on Facebook screwing around there, or with friends. I enjoy going to the movies, hanging out, and going on adventures. Movies take up the second largest chunk of my life. I have a very odd taste in movies. mainly if the movie has something I really like or enjoy I label it as good. This is why I like movies like Daredevil, The One, House of the Dead, etc. But my friends trust my advice on films for the most part. If i don't like it you know it's bad. I'm actually in the process of trying to buy every single video game based movie. I'm only missing a few. Hopefully Hollywood keeps on crapping them out.

Now all that crap I take in from movies and games isn't wasted. I actually have a very good imagination. My only downfall is i need motivation to use it. One day i will find my calling in this world. Until then I'm going to keep raising my achievement score until Microsoft has no choice but to acknowledge me and give me a cookie.