I need a gaming doctor...

Help! I need someone to diagnose me and I don't think a normal doctor will do. I need someone a bit mentally disturbed and possibly anonymously addicted to licking the ends of batteries for better or worse. Think we can work with that?

2012 has been mad, like so many good games and so little time to play them all! I've tried my best, I really have. The Steam autumn sale didn't help either. Batman Arkham City for �3? The Witcher Golden Spunk Edition �2.40?? And Dishonored, Far Cry 3, Legend of Grimrock, Borderlands 2, Halo 4, Mass Effect 3, Dragon's Dogma and much much more. Many of these games you can dive into and stay submerged for several hundred hours and I tend to do just that. Lately though my backlog has been growing at an alarming rate.

I have a confession to make. Most of the above listed are games I loved, yet I've not finished half of them :o I have replayed Dishonored three times, but I've never gotten to the end. I'm perhaps an hour or two from the ending in Borderlands 2 yet I can't bring myself to boot it up. I meticulously cleared the first island in Far Cry 3 of bandits and stabbed every last red shirt in every single location but when I got to the second Island I just... stopped. The joker is still at large in Arkham City and Geralt of Rivia has a supernatural boner far from satisfied.

What's wrong with me? I used to play games for their story, not mainly but it was a big deal breaker for me. Now I find myself not caring in the least what happens to Corvo in the end, even though the city of Dunwal captured my mind like few. I will probably never know what Handsome Jack's final pun was, or go home to Hollywood with my rich white friends. It's like I've got some sort of gaming ADD. 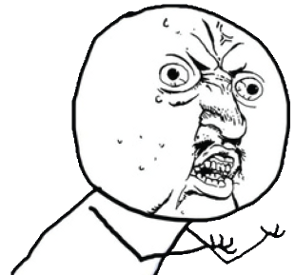 Will all these games be there for me when I need them one day? When I've been home from work, sick for a week? Or will they rot away in my Steam library, forgotten and all alone? I don't think I'm growing away from games, I sure hope not anyway! It's too big a part of me, but the guilt is almost unbearable! Maybe I'm simply suffering from post-vacational shock and have had a light OD on games.

2013 looks like it's gonna be even worse what with the new console generation rolling in.This will be interesting...
Login to vote this up!