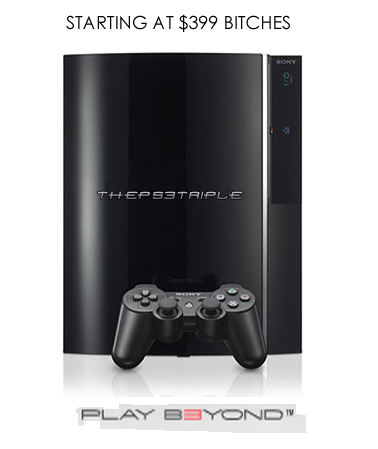 Note: Please understand that I cannot reveal my sources.

So, don't ask me how, but I have the real reason the 80gb PS3 is 0going away. And oddly enough, it's because of retailers. It's refreshing to see Sony humble themselves to listen to what retailers are asking for, and actually delivering.

On the phasing out of the 80gb model:

The 80gb is being phased out, but not for reasons that have been speculated online. Over the past couple of years since the PS3's launch, retailers have been upset at the several different iterations of the PS3 that have come out. Example: When Sony released the 80GB with a game for the same price as the 60gb...some retailers were left with a huge stock of unsold 60gb units, made even more difficult to sell due to the lack of a game.


Hmm, retailers pissed at Sony, and Sony caring? What a turn around from five years ago.
We continue:

So anyway, Sony has promised to sell through all stock before shipping new skus to retail to prevent the 3sku+ headache that happened with the 20, 60 and 80GB units being out simultaneously. We're doing the same thing with the PSP entertainment pack, but no one is really talking about that in the media because doom and gloom stories (even when they aren't really bad things) surrounding the PS3 is all they want to report. Most retailers will have a message of discontinued for both of the PSP units that come with games.

So not only will retailers be seeing the 80gb disappearing, but also the entertainment pack of PSP units. This will make things much simpler for the consumer, leaving with one option at retail for both the PS3 and the PSP. I have also been informed that the white PS3 is not coming stateside, and isn't planned to come to the U.S at all at this point stating that:

The white PS3, its a possibility for the future, but nothing immediately forthcoming. There are way too many 40gbs in stores and releasing a new color wouldn't do anything but hurt sales of that sku.

So, this does leave a few unanswered questions. Price drop and backwards compatibility. Both...are coming. Sooner rather than later from what I've been told. No specifics have been detailed, but it is coming.

This poses a serious threat to the XBOX brand at this point. Giving the consumer one streamlined SKU for both the console and handheld divisions should increase overall sales, as anyone in retail can tell you, when you run out of one of three sku's, it will typically be the model that most people are wanting, leaving unsold systems, or unsatisfied customers who feel forced into buying something they don't want. This will also streamline the production line, allowing for more product flow.

If you try to find an Elite Model 360 at this point, or even a Pro Pack for that matter, you'll find yourself sorely disappointed as Microsoft has been letting retailers hang high and dry for the past month, making most wonder what is really going on at Redmond right now.

I personally love all the moves Sony has made in the past two quarters. They have stopped being total bastards since Ken Kutaragi left, and we have seen the PS3 price drop to an affordable level. The only caveat I can find in all of this is that it still leaves the BC in limbo. It's a major sticking point for a lot of people, especially since Sony has been championing how their platform is essentially a 3 in 1 console since day one.

I am going to side with Pachter on this one, and say that I see the PS3 outselling the 360 this year, with the console ultimately "winning" the holiday season.

So, what does Dtoid land make of all this SKU Tomfoolery?

EDIT: One SKU apparently isn't in the future. It's been made clear that a second SKU isn't completely out of the question, but rather, Sony will be clearing out all stock of a particular SKU before introducing a new one.

It's understandable when you look back at the situation where the 80 gb w/Motorstorm and the 60 gb with no Motorstorm were the same price at one point.

Sorry for the error.
#Community
Login to vote this up! 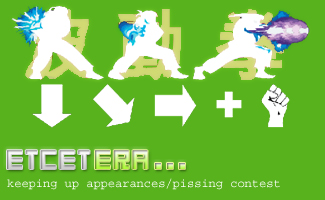 I'm available over the AIMS at DistinguishedLie