10:14 AM on 05.26.2011 (server time)    0
In this paper, we propose a set of categories for the classification of multiplayer experiences in games, that is, the kind of games where you might have a "P2" (i.e. "player 2") press the Start button in order to commence playing. It should be noted straightaway that the second player's proximity to the first player (when he pushes the button) is immaterial. In case you were unsure about that.

Genres are commonplace for video games. The overall type of game is usually well known, except in certain peculiar cases, like Space Giraffe, Flower, and Flywrench, where the developer was thinking so far outside of the box that he landed in a totally different box.

Ahem. However, while genres of games are a well understood domain, classifications ("genre" is such a tawdry term) of the strictly multiplayer aspects of a game have not been explored so deeply, as far as our research into our peers' work has shown.

In the following sections, we will describe the classification we have devised.

At the highest level, we have determined five categories for multiplayer experiences, upon which the rest of this paper will expound: Cooperative, Competitive, Backhanded, Performance, and Sandbox.

Loosely speaking, cooperative games involve two or more players working towards a mutually beneficial or shared goal. The spirit of the game is to help your partner. Furthermore, we impose the restriction that the common goal not involve defeating some other human player, as those will obviously be discussed in the competitive classification.

Within cooperative games, we have discovered several sub-categories.

In Sidekick games, the second player's involvement in the game is relegated to some ancillary role. Typically in such games, an abysmal failure on P2's part will not likely result in P1's likewise failure. In fact, in extreme cases, P1 may not even notice.

Examples
Fable II allows you to jump into another's world as some weird temporary character who doesn't really matter. If you die... eh, who cares?

In Death Spank, you can play as the weezurd. This one is a little tricky, though, because the wizard can still take damage, potentially putting Death Spank in danger from his inaction or ineptitude.

Along similar lines, a lesser-known feature of Secret of Mana allows a second player to play as one of your allies. We totally played this with our sisters when we were kids, and let us tell you: it enhances the game quite a bit. 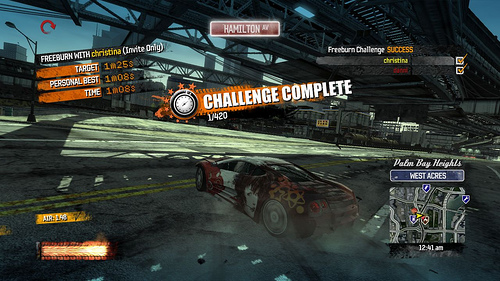 Red Dead Redemption has a similar Free Roam mode where a posse of cowboys can go on missions together or harass other gangs for fun. (AEM, 2010).

It will probably seem obvious upon consideration, but most Massively Multiplayer Online RPGs are a sort of sandbox. The goals are various in nature, ranging from dungeoning to more loosely defined guild-leading.

A true sandbox with currently no strong impositions by the game, Minecraft's multiplayer mode lets you and your friend build or destroy anything and everything in the world... together. Aww.

Though the game itself met with lukewarm success, we have found much praise given for Crackdown's mode, in which the entire city is basically your cavalier, brutal, anti-cop's playground. The sandbox contains all sorts of goodies to mess with, like toy cars, toy trucks, and toy rocket launchers.

We believe there are constantly emerging yet undiscovered classifications of multiplayer games, but that we have covered a vast majority of them in this paper. It is our hope that these categories will help you to resolve some obscure, contrived dilemma or argument someday.

Acknowledgments: Many thanks to SteezyXL, Occams, and Corduroy Turtle for fielding my research inquiries.
#OpinionEditorial
Login to vote this up!