8:13 PM on 05.22.2011 (server time)    0
I left the country for about a week and a half in April. I was visiting Turkey with my parents. It was a wonderful trip, and I saw some amazing stuff. My trips: let me show you them. In honor of the esteemed Dr. Feynman, whose book I had just finished reading while on the trip, and which I also mentioned recently in Commentoid, I'll recount my adventures in the form of short anecdotes, unless I forget and relapse into my usual lengthy prose. This will be long, but I'll try to include a lot of pictures, since we took many.

Turkey is a fascinating country. It's clearly not as rich as America, but also clearly not as impoverished as India. A lot of the people there appear to be down-to-earth laborers, work in restaurants, run shops, farm, or are involved with the huge tourism industry in some way. Electronics, computers, TV, etc. didn't feature prominently in any of the commercial interests I saw.

The Turkish language is also pretty neat. It seems to be relateed to some Indian languages and Urdu, so my parents could make out occasional words. The Turkish method of solving any problem is to tack on an extra syllable onto the word. For instance, the way to make a noun plural is to tack on "lar". So a lokanta is a restaurant, and lokantalari are restaurants.

I tell you what, it's tough being a vegetarian in Turkey. They are not shy about incorporating meat into almost all of their dishes. My mother is vegetarian, and we had to inquire at every restaurant we went to about what kind of vegetarian food they had. Well, most of them had vegetarian cold appetizers (mezeler), but my mom, understandably, wanted hot food. Finding hot vegetarian food was not always a sure thing.

It really says something that their word for "meat", et, is almost as short as it can possibly be. 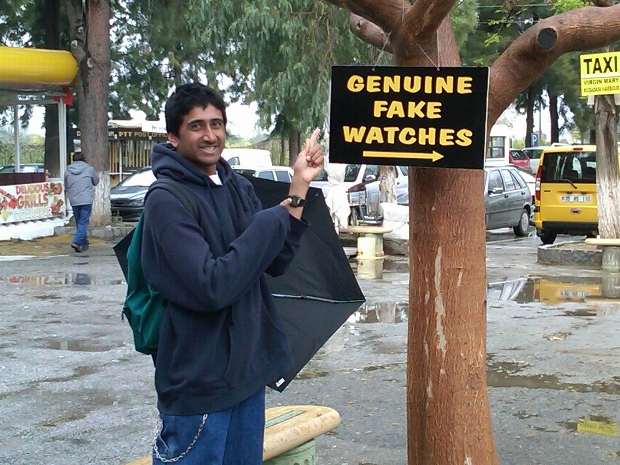 What is this I don't even
#Community    #NOTvideogamesrelated
Login to vote this up!