Are Kojima and Hayter trolling?

I was thinking prior of Haytor-gate of writing a piece on a whole other subject, but ever since the reveal that David Hayter, the iconic voice actor for Snake, had been dropped, I just had to change course.

I was, like many of you guys, also very taken by surprise when it was revealed that Hayter had been dropped from MGS V. I watched the GDC presentation and was in awe of what Kojima Productions had crafted, but was at the same time, I was startled by the fact that there was a complete new voice in the trailer, one that wasn�t Hayter�s at all. Not long after the reveal, Hayter came out on twitter and revealed indirectly that he had been dropped from the franchise.

To me, this really came as a shock. I consider Metal Gear Solid to be the absolute best game of all time, and having been a fan ever since its release in 1998, it was inconceivable to even imagine Snake without David Hayter. Snake IS David Hayter. The man has served as the character in 7 games for over 15 years. He�s a massive fan of the game, having played them all, and is deeply rooted within the franchise. He even took a pay cut at one point in order to bring in the other actors when doing Twin Snakes (A remake of MGS).

As you could imagine, outrage broke out, with polarizing opinions on the decision. Some welcomed the decision, while others were understandably distraught over the fact that their icon had been dropped. Not long after, Kojima did an interview with Geoff Keighley back at Gametrailers, clarifying the reason why he made the decision that he did. He said that he wanted to reinvent the series, by bringing in a new VA for the role (Kiefer Sutherland is the suspect).

Had Kojima gone mad? The more I thought about it all, the more I started to read between the lines here.

The conclusion I�ve come up with is that this is in fact a big ruse by Kojima, and David Hayter�s totally in on it.

Kojima�s no stranger to generating buzz and controversy, and is known to troll a great deal when he announces his games. From the MGS 2 fiasco, right down to the presentation of the relation between Ground Zeroes and The Phantom Pain, he always keeps us guessing, and surprise us when we least expect it. Here�s what he had to say in an interview with Edge earlier this month :

"But what I want to do, is make people look forward to a game by watching the trailers and say "'Hey, that looks great.' But then, when they actually play it, they have this sort of epiphany where they realise 'Oh, so that�s what that was,'" he added. "And it all kind of comes together and clicks in their head. I think that's very important that you leave some sense of discovery for the player."

Everything we�ve seen so far has been carefully planned by Kojima. Down to every detail.
After people figured out that The Phantom Pain was in fact MGS V only an hour after its premiere at the VGA�s, I believe that Haytor-gate is Kojima�s redemption.

Let me explain. So far, we�ve seen gameplay for both Ground Zeroes and The Phantom Pain. Kojima got a lot criticism for supposedly dropping Hayter, but at the same time keeping the Japanese VA, Akio Otsuka still playing as Snake. Double standards, much?

However, what we take for granted here is that we�ve only heard Otsuka in Ground Zeroes. We haven�t really seen a Japanese verison of The Phantom Pain. We�re just assuming that he�s Snake in The Phantom Pain as well, when in fact, that hasn�t been confirmed at all.

So, what we got was Ground Zeroes in Japanese, while The Phantom Pain was in English. Coincedence, or pre-planned?

Kojima needs to differentiate between the voices of Big Boss and Solid Snake at some point, as both characters will meet each other sooner rather than later. As we all know, both Hayter and Otsuka have been playing both characters to this point, except for in Metal Gear Solid 4 where they only played as Solid Snake (Big Boss was played by Richard Doyle).

So while it might be true that Hayter�s been replaced to a certain degree, it doesn�t mean that he�s been replaced from the whole game. What�s more likely is that they�re going with another voice actor for Big Boss in The Phantom Pain, which would in fact make sense. Having David Hayter play Snake in Ground Zeroes, and Richard Doyle in The Phantom Pain would be the best outcome, as it would be consistent with what we�ve seen so far. 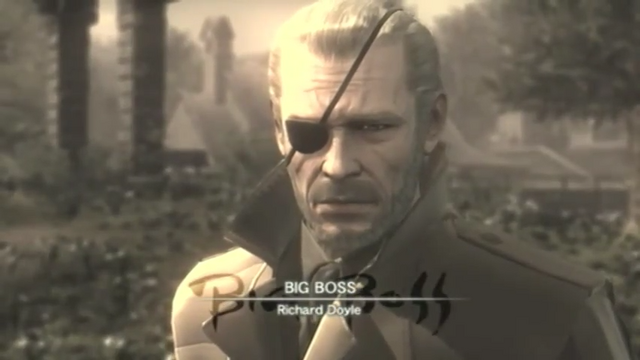 Earlier this month, Hayter posted a poll on twitter, asking people how they�d feel if he
weren�t involved in the new Metal Gear. During the presentation at the GDC of the Phantom Pain, he pretty much stated that he was dropped from the game, and has been rather active with remarks pertaining that on his twitter ever since. Kind of strange, considering that this is what he said after the announcment at the VGA�s back in December:

@DavidBHayter so what was your take on The Phantom Pain trailer?� It made my arm hurt.

Another suspicious thing is that if you visit David Hayter�s official website, he has posted a rather cryptic video, with the message �THE END?� at the end. Check it out:

Might that short clip allude to the fact that Hayter�s passing on the role of Big Boss after Ground Zeroes? We know that Big Boss is going to have an accident at the end of Ground Zeroes, since he�s in a coma between both parts in MGS V, so it would really be the perfect time to make the transition.

So in the end, is this a cunningly planned ruse, or do we take it all at face value and accept the fact that Hayter is gone from the franchise? If we look closely at the history and the information that have been presented at hand, I think that we can deduce that at the end of the day, there is valid suspicion to believe that some serious trolling is going on here.
Login to vote this up! 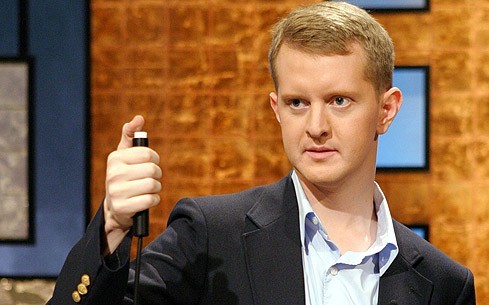 I'm a hobby writer from a cold country up north that loves everything about games, gaming and everything in between.

With a strong interest in crafting in general, Japan, economics and of course, games, I'd love to explore and write about the gaming world from all fronts.

I'll be speaking my mind a lot, but I'd love to hear from all of you.