Dark Souls Remastered for Nintendo Switch has been delayed, but we already have something to tide us over. Here's a piece I wrote back when Super Mario Odyssey was released. Since we have to wait a few more months to take our Switches into Lordran, I hope this light-hearted list will help you pass the time...

Dark Souls, and its predecessor Demons’ Souls, have ascended to the loftiest heights, becoming genre defining. From Software has produced excellent sequels to Dark Souls, and with Bloodborne, they retooled their own formula into what is sure to be another lasting franchise. There have been decent attempts at imitation like Lords of the Fallen and The Surge. Nioh draws comparisons. The upcoming Code Vein, from Dark Souls’ publisher Bandai Namco, is banking on its similarities, marketing them. Souls-like, as a genre term, is now as deeply planted in the gaming zeitgeist as Metroidvania or Rogue-like.

One defining quality of the Souls-like is a return to difficulty, often compared to the punishing lessons of NES classics like Ninja Gaiden, Mega Man, and the more difficult levels of classic Mario games. So without further ado… 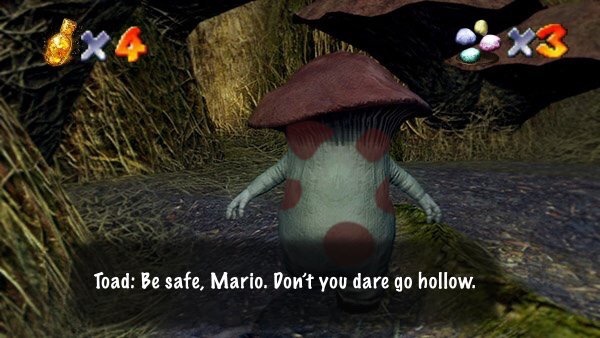 Obviously, I’ve been having a bit of fun here. But they are all valid points as well. Either way, let me have it the comments. I look forward to your thoughts.

- A million monkeys at a million typewriters...

I'm a freelance writer based in Toronto, ON, and I'm the voice behind nerdsofacertainage.com. Like the rest of you, I've been playing games my entire life. But I'm old, so... I've played a lot of games.

I don't really focus on the past. I like to stay current, and tend to write about whatever I'm playing that day, week, month... I'm starting to fear 2017 as the year that time stopped. A lifetime worth of quality games were released in 2017.