Another bunch of games I'll probably never play! These are my most recent pickups: 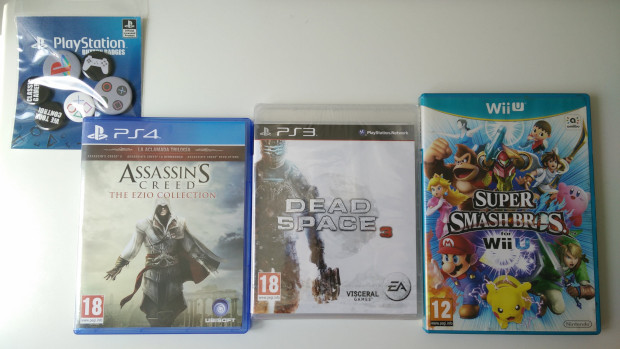 I own the rest of the series, including the on-rails spin-off as an extra with DS2, so my collection didn't feel complete without this one. I've often seen it around 10€, sealed, and had passed on it a lot of times, but not this time!

My story with Dead Space is my usual one with horror games: I play them for a while, they get too scary, I can't stand the pressure and I give up. I still buy them! Maybe DS3, with its turn to action, might be more suitable to me!

Critics were quite nice with this game (a 78 Metacritic score, if that means something to you), but now it's regarded as a general failure, guilty of having become a generic action game only for the series to get killed anyway, and the studio shut down. It could probably share shelves with Lair and Haze. 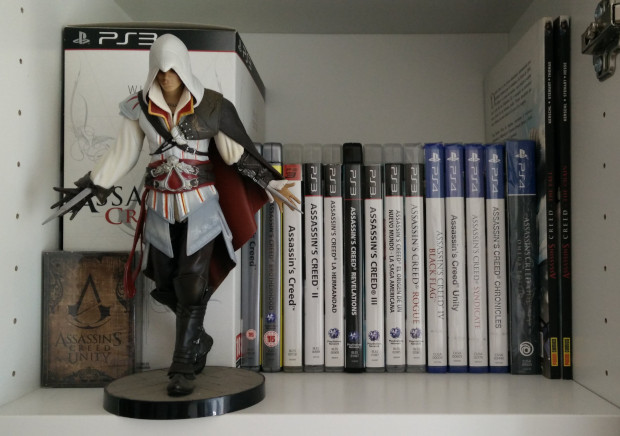 I'm a sucker for the Creed, as you can see, and GAME was basically giving The Ezio Collection away so this was a no-brainer. It was so cheap that a friend picked it for me but refused to take my money! I'm planning to gift him a copy of Axiom Verge, I think he got a good deal in the end :)

As for why I'm getting this, I definitely want to relieve AC2 soon, this time including the DLC I didn't own before and that locked the south area of Firenza, and this is the most convenient way. I'm also curious on the short movies included as extras (hey, Ubi, why do I have to install the three games if I just want to watch just the movies?). Finally, it was a sore point for me not having a "complete" edition of AC2, and now that's fixed.

Super Smash Bros.™ for Wii U:

That's the full title of the game, according to its case! How could it be I didn't have it yet? Well, as there was never a "selects" release, the game kept selling for 50€ new with second-hand copies over 20€ still today. That's a bit too much for a 5-year old game! Luckily, I found it for 14€ this time and it's in pretty good shape, the box is a bit dirty and worn out but it's complete and otherwise in good state. It will require some cleaning when I have the time, to see it shine.

With this game I'm quite close to getting the WiiU collection I wanted, with most of the first-party games and some rarities. Now, anyone has a spare Game & Wario?

Gaming for twenty-who-knows-how-many years. Also a software engineer and open source enthusiast. More recently, a parent with no time for playing.