Far too often a game simply won't be released in America because...well, it's predecessor failed. Now for me, this is never acceptable, but I do understand. If a game has a huge following in Japan AND it's an RPG, but it doesn't really take off in America, they're more likely to continue the series in Japan, but pretty much avoid America. Today I'm going to highlight three of my favorites. Even more interestingly, the three predecessors that apparently didn't do well are games I actually really like, too.

Ys 3 was a great game...for me, at least. A lot of people claimed it did two things wrong. One, it attempted to be like Zelda 2. It was a sidescrolling hack n slash with the ability to level up, just with less puzzle elements, cheaper enemies, HARD ass boss battles, and an overall steep difficulty. Secondly, people thought it should be like Book of Ys I & II, which was an excellent title, but I'd like to point out the basic "strategy" in the game was to simply run into enemies, but at very specific angles so you didn't get hurt.

Yeah...never understood how that was better than what Ys 3 attempted to do, but whatever. All the same, Ys 4 went back to this style while still having all the kickass music, straightforward plot, and so on of the first two Ys titles. But again, since it wasn't the "continuing epic" that was the original two AND since they just came off the "marketing disaster" that was Ys 3, well, they never released it in America.

Now, I can't remember if any of the remakes have come to America, but at the very least the SNES version never did. I very strongly suggest you check out this title, if anything for the music, but especially if you're an avid follower of Ys like me.

In 1995, Koei brought a translation of Brandish to the SNES for the American audience. It was a flop. This is especially mind boggling when you consider what the game is. It's an overhead action/RPG with roguelike elements where you're trapped in an underground labyrinth and you're being pursued by a pissed off magician whose mentor you'd killed in a previous chapter of some sort.

There are traps, tricks, tough battles, and a bit of required grinding. The interface was a little clunky and the game could get pretty goddamn difficult at times, but it was fun...again, at least for me. As a result, Planet Buster would never see the light of day for an American audience. This is especially annoying for me because it's harder, has a more engaging story, constantly throws new environments and enemies at you, and in general ramps up what the original was all about.

And I get that the original had a...less than admirable interface and RPGs weren't really doing so well back then, but I just don't understand how a game that combined so many great elements could have done so poorly. Again, it was a game I really got into back then and still to this day enjoy and recommend. 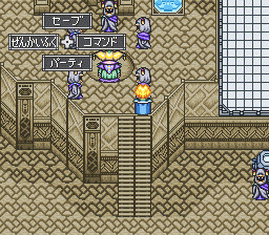 Now, there's an obvious reason this game didn't come out in America, but holy shit was that a bad idea. This is the sequel to the meh fest that was Paladin's Quest. Of course, as meh as it may have been to some people, again, I really got into it. I liked the magic system, though I didn't understand why it had to revolve around spending HP rather than having an MP system.

I liked the idea of medicine belts instead of carting around 99 healing potions and just filling them up at towns. I mean, there were a lot of great ideas at play here. Plus, it was fun as shit to headbutt enemies, even if it wasn't necessarily the best "weapon" you had. Enter Lennus 2, a game that improves this formula, has an all new story, and the production values have been increased massively.

And really, that's all that needed done to the original. The graphics were less than great during a time when RPGs were already being scoffed at, the music was just alright, and the story was hard to get into. It is true that I haven't played too far into Lennus 2 to be able to comment on it too much, but what little I have played is already much better than the original. If you played and liked Paladin's Quest, even to a small extent, I would highly recommend giving this one a shot. 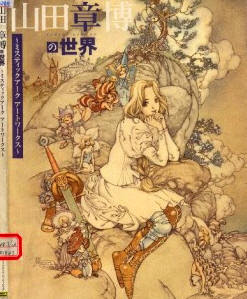 While the reasons for these games coming out to America fall more on the initial reaction of the series to an audience, it's a shame that the sequels weren't given a fair shot. I strongly believe all three of these titles would've been widely accepted, at least by the RPG community. Of course, being RPGs, that means they probably wouldn't have sold very well anyway. It does make you sad when you really get to thinking about it, but that's not to say we didn't get some kick ass RPGs, plenty of other great games, or that we can't go back and enjoy these classics today.
#ShareonCommunityBlogs
Login to vote this up!