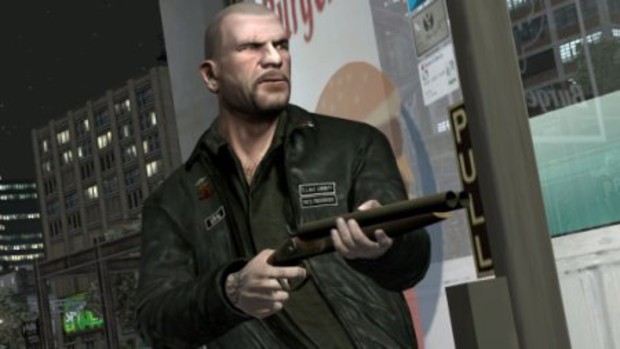 They're YOUR Fucking Friends

A friend and co-worker of mine said me that she didn't like Grand Theft Auto because her friends were annoying as all hell. She preferred Saint's Row 2 because it cut out the friends bullshit. Fair enough. I never found friend hang outs to be THAT annoying but it's definitely a system that was streamlined for the DLC. I think friend activities can actually lead to some fun unintentional moments. Like the time Roman and I (aka Niko) went for drinks and for whatever reason we ended up driving drunk as all hell on the freeway towards the airport. For whatever reason, I smashed into the car (I think it's cause I was drunk LOLZ) and Roman went flying out of the car. Needless to say, it wasn't long before the ambulance came to take him away and traffic came to a stand still. Then later I get a call on the cellphone from Roman. "Niko, come pick me up from the hospital!". I think atleast the drunken escapades of friends can infact add to the experience. Getting shitfaced and hitting the strip club is hilarious. Hell climbing STAIRS drunk in GTA is a funny experience. I think depending on what's happening friends add to that personalized experience. Something I'll touch on later.

However I kind of somewhat agree. Friends called at ridiculous times in the actual game. They were kinda needy like that. I think Rockstar shouldn't remove friends but refine it based upon how friendly you are with a person. They seem really great at creating characters, so in that regard varying degrees of friendship should apply. As in, the degree with which you hang out with someone and the upkeep of that friendship based upon the in game relationship. When I played Grand Theft Auto IV I found Brucie kind of annoying. Sure my opinion has changed but then I wouldn't have considered him a "close" friend to Niko and hence he shouldn't be getting too upset if we don't hang out all the time...then again he's meant to be annoying so his calls do make sense. Infact Little Jacob was way tighter with Niko than Brucie was, but Jacob due to the nature of the character was more laid back so perhaps less calls? Who knows, perhaps that's asking for more detail in a game full of it. Hell, how many friends did you have to wine and dine anyways? 3? 4? I again only found it minorly intrusive, mostly during missions.


Originally when sitting down to write this, I came in with the idea that I'd couple this with my review for Grand Theft Auto: Episodes From Liberty City (aka The Lost And Damned + The Ballad Of Gay Tony) however when I started writing I found myself addressing more issues with the main gameplay rather than quickly getting to the review. Considering I've already written a shit-ton and I tire of writing, I'm gonna end this here, however expect a review of said game probably tomorrow. I may not have as much time coming up so I wanted to get that out there but you see my dilemma...too much writing as it is.....alot of you have probably TL;DR a while back but for the faithful, thanks! More issues will be addressed with GTA in general but mostly it'll be EFLC tomorrow
#Community    #reviews
Login to vote this up!