12:44 PM on 05.25.2010 (server time)    0
Today I'm gonna wrap up my thoughts on Grand Theft Auto within the guise of a Review for the recently released on PS3 "Grand Theft Auto: Episodes From Liberty City". For those not in the know either because you just don't care about Grand Theft Auto or you're just not familiar with what this is, Episodes is the previously 360 only DLC releases of "The Lost And Damned" and "The Ballad Of Gay Tony" put into one neat little package (or disc). They also arrived at the same time on the PlayStation Network as seperate DLC and are actually doing quite well, with 'Gay Tony' holding second and 'The Lost' holding fourth respectively on the most popular PSN downloads list.

Incase you missed it, I wrote up some stuff about why GTA isn't the steaming pile of turd everyone makes it out to be so please do go check it out, comment and stimulate discussion but if not do so here as this is my companion piece, ala the DLC to that article so let's get to it shall we? 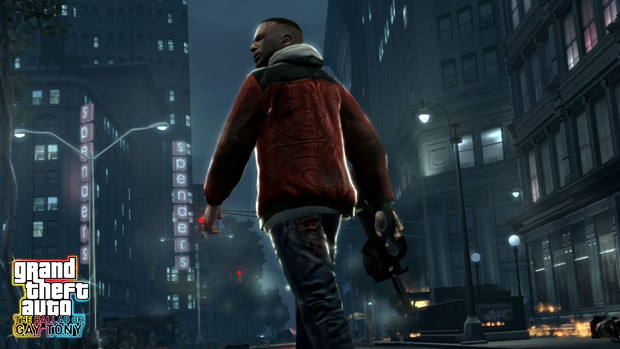 To be honest, even though the mission before it is annoying as piss, the final mission of The Ballad Of Gay Tony is so good, it rivals the main game for awesomeness (and lacks that games annoying factor) for a huge send off to both The Ballad Of Gay Tony and Grand Theft Auto IV. Overall though, Grand Theft Auto: Episodes From Liberty City has two reasonably sized pieces of content that are so different it's refreshing when you complete one episode and jump onto another. Both are evenly pace so that you won't feel too weighed down and end appropriately short of becoming too long.

Score: 8 -- Good Times (8 represents the good times had while playing this. It's not perfect but it's still an enjoyable experience that can be returned to.)
#Community    #reviews
Login to vote this up!