Decide What VIDJA GAEM I Play: Round 2 RESULTS!

9:29 AM on 09.16.2011 (server time)    0
Do I really need to put too much effort into this? Wasn't it obvious? Dead Space 2 won by a landslide though I gotta throw out some love to the people who voted for stuff like Bullet Witch and Halo 3 just because damnit they may be 4 years old but they're games I should be playing. Alas the Dtoid Community has spoken and DEAD SPACE 2 IS THE WINNER! 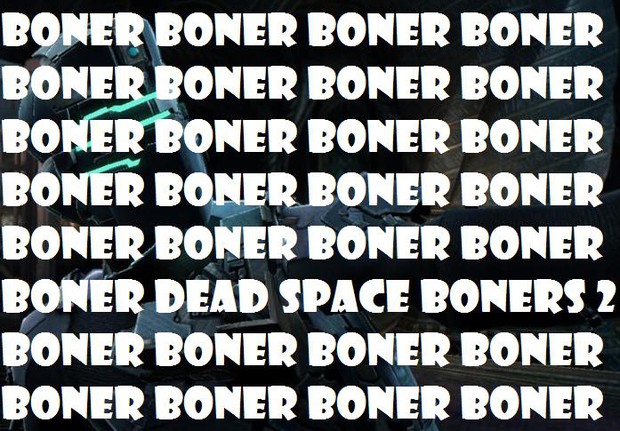 Since most of you voted Dead Space 2 or didn't even leave me a quote and because of my work schedule I'm gonna crap out and not make anymore pictures, you'll understand won't you? I will however take knutaf's advice though. I've dug my heels into Kameo: Elements Of Power and am now reaching the end so once that game is conquered I shall be moving onto Dead Space 2.

There were things I didn't care much for in the first Dead Space...okay ONE thing really...backtracking. Sometimes it really killed the pace of the game and since everything looked the same it at times and there were long moments of nothingness though don't get the wrong impression, I totally loved my time with Dead Space. It brought something that was sorely lacking in gaming, atmosphere that reminded me of the ending of Alien. Almost all of you assured me though that Dead Space 2 is what a true sequel should be, improvements up the a-hole, which sounds good and this time, I'll use more than just the Plasma Cutter for the sake of cheevo whoring! Variety, she is the spice of life am I right?

Thanks again everyone for voting and providing your 2 cents. I'm probably done doing this for a while unless I decide to swamp my backlog some more hehe. Though for the rest of the year it's mainly Multiplayer experiences for me! Thanks again everyone and sorry this couldn't be as picture heavy as the last results blog.
Login to vote this up!