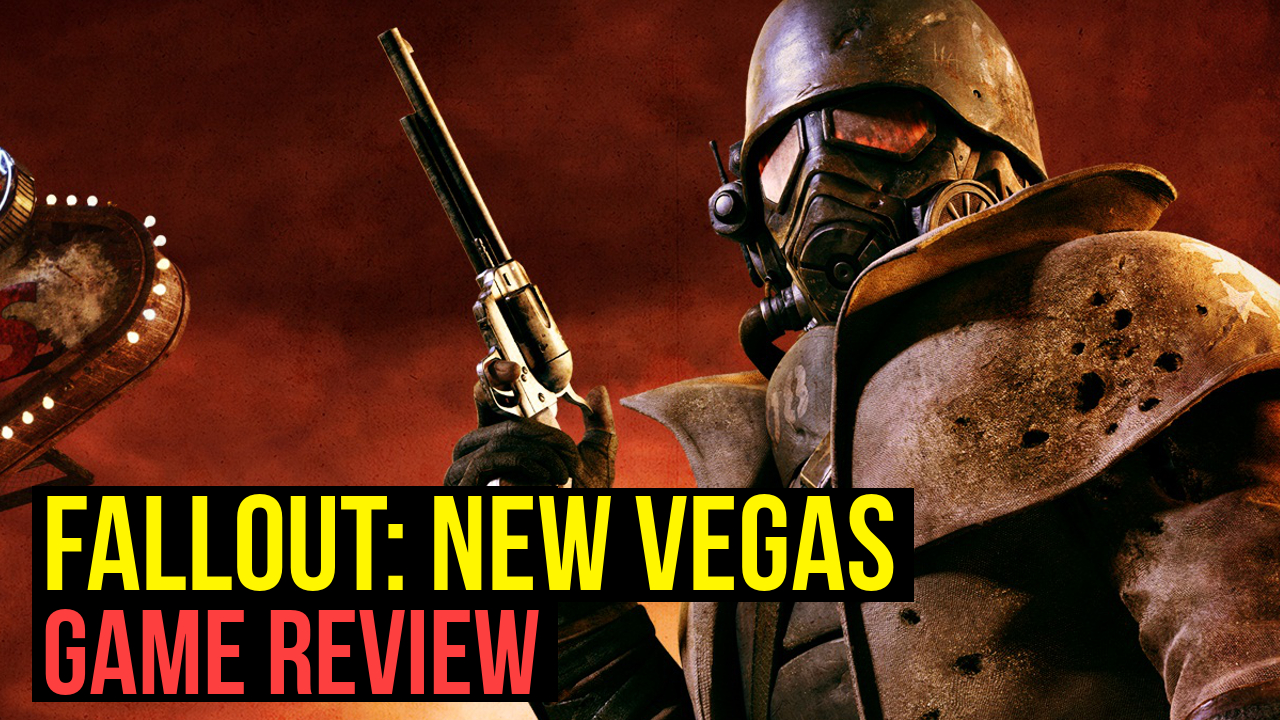 I never got a chance to play New Vegas when it released back in 2010, mostly because I was still playing Fallout 3. A couple of weeks, it became backwards compatible on Xbox One, so I decided to give it a go. It's an overall improvement over Fallout 3, even if the formula is mostly unchanged.

You play as a Courier, you were on your way to deliver a platinum chip to the apocalyptic New Vegas Strip, when you're ambushed by a group of raiders. After getting shot in the head, you're rescued by a securitron named Victor, who takes you to Goodsprings to get patched up by a doctor.

You wake up, customize your character and then you're out to the wasteland, where your main objective is to find the man who stole your platinum chip and well, shot you in the head. After finding that man, you are soon involved in a power struggle between the different factions of New Vegas. The NCR, Legion and Mr. House all have their own reasons for controlling the wasteland, it's pretty much up to you to pick who should come out on top. 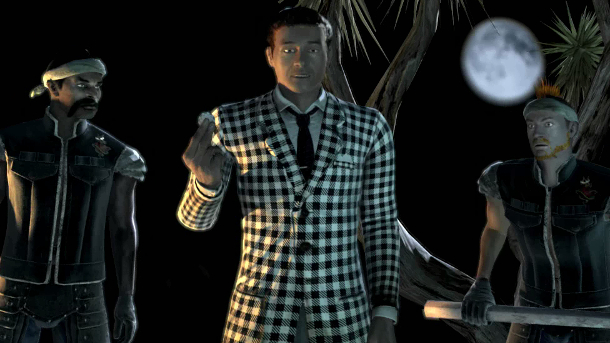 As you complete quests, you'll meet each faction and get to know them a bit better. There's no clear winner here, so you have to check them all out and decide which one to help. Helping one faction can bring repercussions in another. Depending on your actions, you'll gain reputation, liked or hated, from the different factions and settlements. Karma is back in New Vegas, but it's not that important.

One major improvement over Fallout 3, is that your choices matter, factions remember what you did for them or what you took from them. NPC's all over the wasteland will comment on your actions and completing certain factions quest will fail others.

The main plot is quite simple, first recover the platinum chip and then join a faction and help them take over the wasteland, thankfully the different factions take this simple plot and turn it into something quite enjoyable and highly replayable. 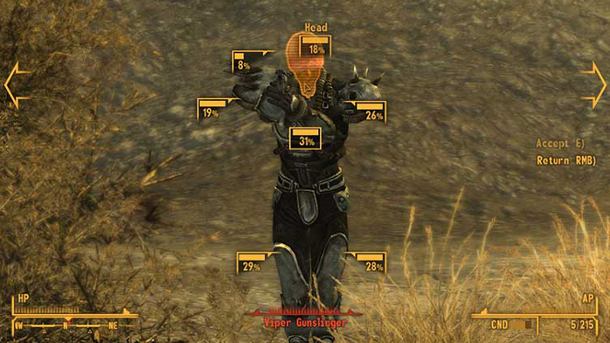 New Vegas plays almost exactly like Fallout 3, the most noticeable change is that you can aim down sight with weapons. Most of your time in combat will still be in VATS, letting you select a specific body part to shoot at. Another change is damage threshold, think of it as armor that can negate damage from certain weapons, this mechanic is for enemies and you. If you shoot at an enemy and see a shield by their life bar, that means your weapon is doing no damage as the enemies defense is absorbing it. This mechanic keeps things from getting stale, as you need to change your approach towards enemies with high threshold.

Earn enough xp and you'll level up, each level gives you 13 points to spend on your different skills, every other level you get to pick a new perk, perks this time around are more balanced. For example, the grim reaper perk returns 20 action points if an enemy is killed in VATS, where in Fallout 3 it would instantly refill it. Perks seem more specific than they used to but I'm thankful for this as it keeps the game challenging. Still once you reach the level cap you'll feel unstoppable, until you meet a Deathclaw or Sentry Bot.

Quests are pretty standard RPG stuff, go to this place and get something for me or go to that place and kill everything for me. Not very creative but it gets the job done. 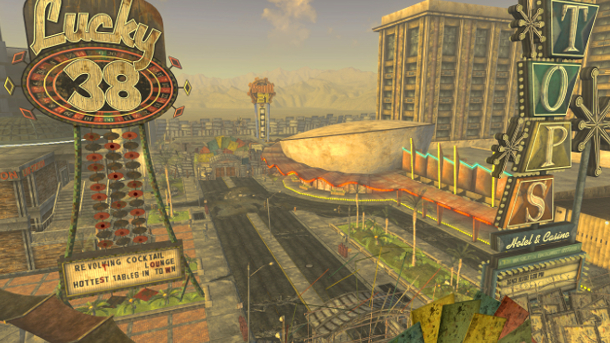 The wasteland is filled with places to discover and more importantly, loot. New Vegas is more colorful than Fallout 3, for a desert you get to see a lot of colors on display. There's a forest, mountains, bunkers and more, you'll easily sink more than 50 hours and still have things to do. Sadly, once you complete the last quest, you can't comeback, so you'll need to load your last save, such a bummer.

Just like Fallout 3, prepare to see some weird stuff, like enemies clipping through buildings, getting stuck under the map and the game crashing randomly. Still, for a six year old game, it looks quite good.

Fallout New Vegas isn't that different from Fallout 3, instead it makes small improvements that make your experience more enjoyable, well, unless it crashes on you. The simple plot can be quite forgettable but factions and the impact of your choices make this story worth it. Gameplay feels better and leveling up makes you feel more powerful without making you feel immortal. The best way to conclude this review is by saying, it's more Fallout, go play it.