First part: How to do your business... in Japan.

Hey you! Filthy guy! You. 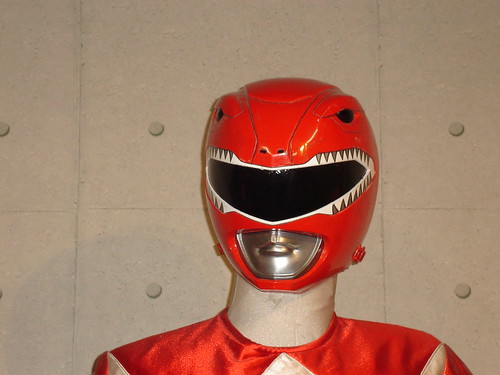 You're covered in the grit and grime of last night's sordid Biru-Matsuri that you went to and you totally forgot to take a shower before going to bed.

After swearing off all night binge drinking AGAIN, you need to sanitize yourself for daily consumption by the Japanese masses. They expect nothing less than superb cleanliness out of you.

First off, the toilet.

The toilet comes in three flavors. Regular, extra fancy, and Japanese.
Chances are you're living a life of common means and you don't really have much need for the extra fancy toilet. Just enough to do your doodies and your tinkles is enough for you, right?! 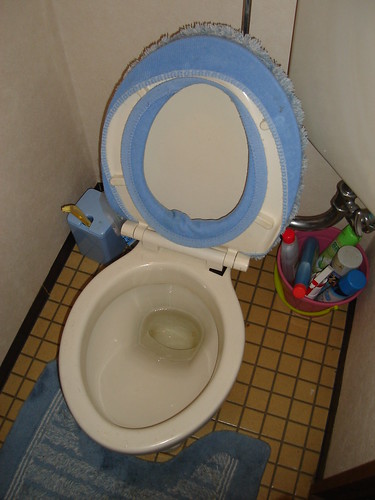 Extra fancy is for those in hotels, rich people, and those who seek simple amusements. 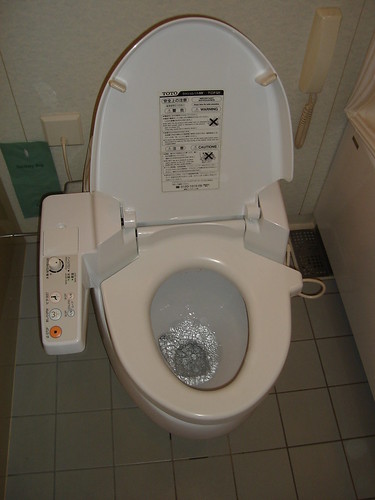 Why is it the funnerest toilet in the world? 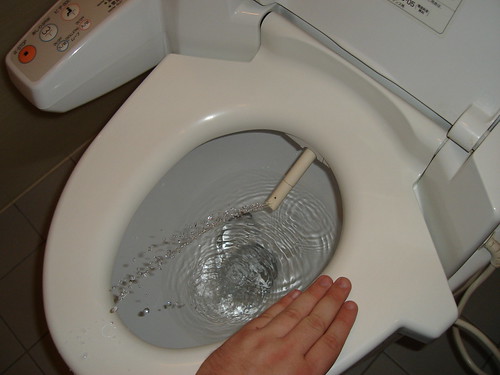 This is why. You'll never ever want to get up. At least not until you're spring fresh.

And the Japanese toilet:

EEEEEeeee, um, where's the seat, yo?

So your regular toilet, you do your business, whichever you choose, what do you do...

Left is for pooples, right for tinkles...

After you flush, make sure to wash your hands. Be eco-friendly and use the water that's full of bleach tablets and 2000 Flushes Blue. 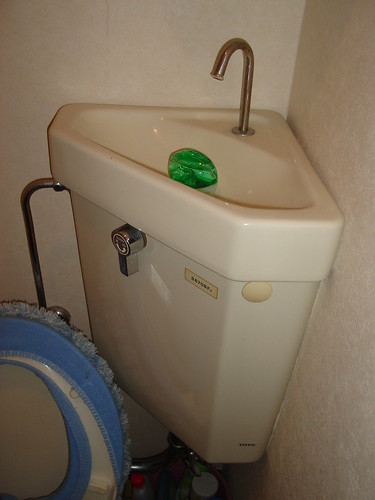 Actually, it's straight off the tap, the runoff goes to flushing the toilet, but you will look weird drinking water off of it...

The Japanese aren't so big on bathtubs. They soak in 'em, but to get clean, you gotta shower first. Here's your equipment, standard as standard gets. 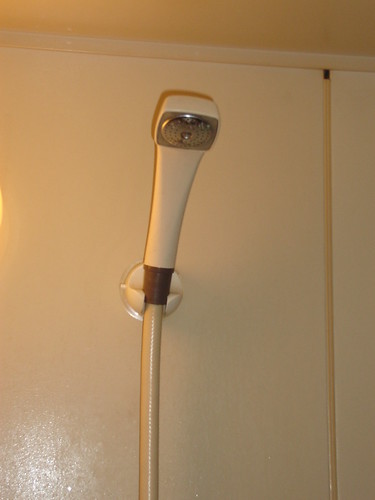 Oh, and here's what it's attached to. 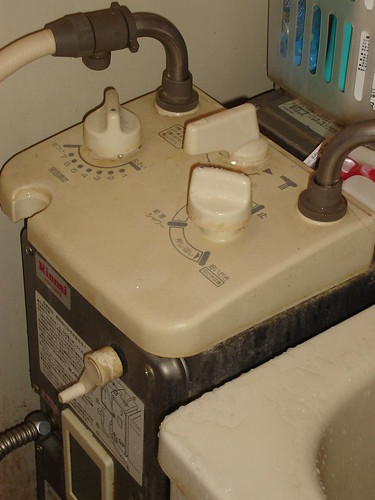 Now it's rather easy to take a hot shower with this setup. First, there's a gas line switch off camera to the left... Turn the gas on. Next, hold down the switch on the right, flip to the right, hold the switch and turn in to 11 o'clock to the setting for charging. Hold the switch down in place and turn the lower crank clockwise for two full turns. Then, continue holding the switch for an addition 10 seconds. After that, move the switch from 11 o'clock to the postition seen here. 8 o'clock basically. From there, adjust your desired temperature using the dial on the left. 1 being about 100 degrees F, and 2 being roughly 400 degrees. I didn't want to find out what 7 was because I didn't want a nuclear reaction while in the shower. I have easily sunburned skin.

So, from there, flip the top switch to the left to turn the shower head on. MAKE SURE YOU HAVE THE SHOWER WAND AIMED AWAY FROM YOU!!!! You're either going to get ice water or boiling hot water immediately out of the shower head. Best to aim it at a loved one not in the shower with you.

After showering, you're welcome to hop in the tub to relax, but you've got no time for that. YOU'RE LATE FOR WORK!

Second part: CRUNKY TIME!!!!
5 pm. Japan.
Everyone, it's time to bust it for the weekend and get crunked!

I'll just swing by the liquor store and grab a bottle of mal... Hello, what's this? 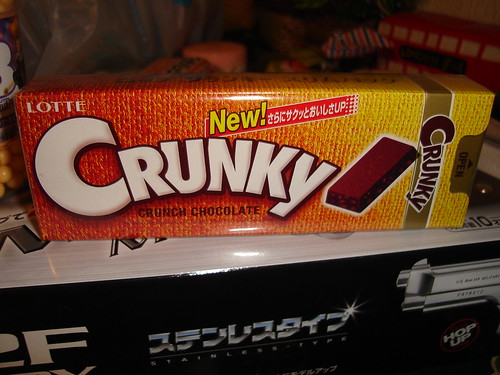 Is it bar form liquor? Can I get masssively drunk up on it? 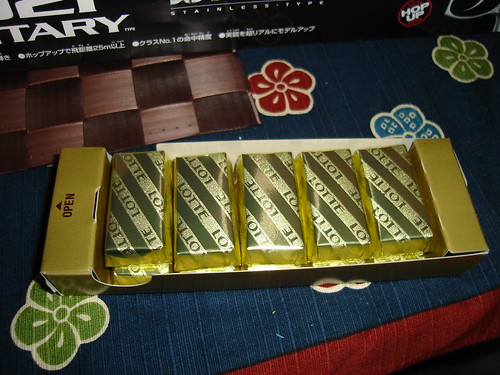 Ah it's... wait. maybe they're liqueur flavored... I can get crunk'd on that, right? 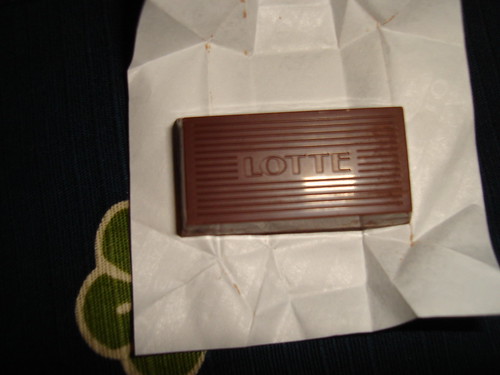 This is promising, apparently, there's a LOTTE of liquor in these. OH YEAH!!!! 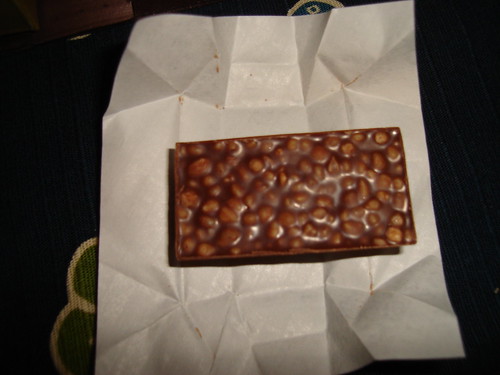 Well, I'm going to have to settle for the warm glow of eating too much chocolate all at once.

Have a great weekend guys!
#Community
Login to vote this up!