So, Sunday night, we all decided to do Karaoke and go drinking.

Karaoke is of course, well documented by people about how different it is there vs here. Karaoke is more private affair, with a small group of people singing in a small room to each other. They also have tambourines, light shows, and lots of booze. In the US, it's a large room, waitresses with beer, lots of staring by people you don't know, and silence.

We picked the one that had english songs so we would be able to actually sing.

It works like this. You rent the room for a fixed amount of time. Booze and food are rung up at the end of your time. So, you're paying twice. Once to get the room, and again to cover your tab.

Before we left, the watermelon truck came by. Why do we care? As you've undoubtedly heard and likely seen, melon fruit is fucking expensive for some reason in Japan. Like what we wouldn't pay $1 for is $20 there. So, the watermelon truck sells $15-20 melons, which sell at market for $30 or more. It's kinda a big deal. 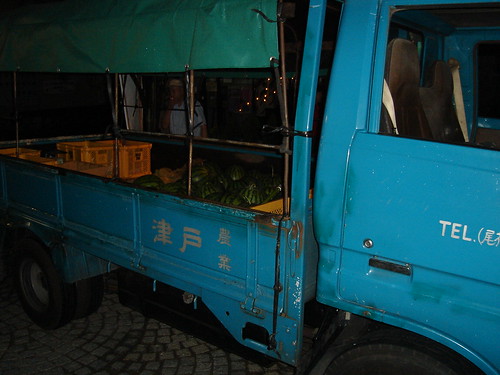 The watermelon man had bells on his truck, just like the ice cream guy does here

So, we get to the karaoke place, and discover the insanely large catalog of engrish songs. The classics are there... The Star Spangled Banner, My Country Tis of Thee, and O' Canada, but the rest of the songs are rather limited. I keed. They had a bunch of songs to pick from. And I say the songs were in engrish, because while for the most part, the songs were correct, sometimes they would use different words that SOUND right but are wrong. 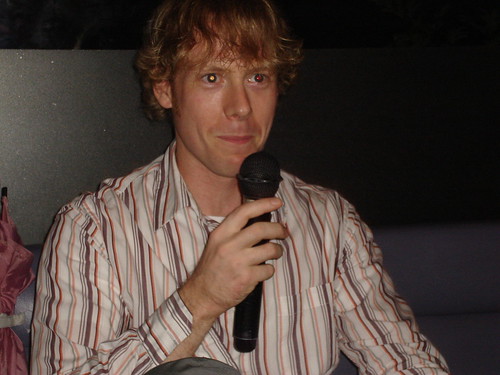 Canadian sings O' Canada, to which I politely swore under my breath during the whole song. AMERICA! FUCK YEAH! 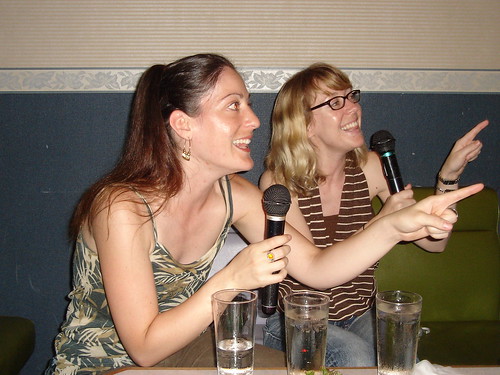 Canadian girls singing Loverboy and Alanis Morrisette. What is it with the national pride? 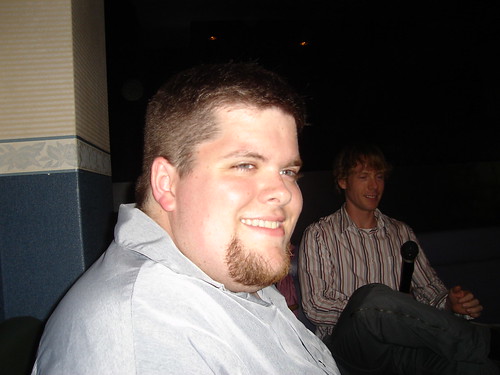 I beat the shit out of a tambourine when other people were singing. I'm the fucking tambourine master!

We tore through some Journey, The Who, Grease, Foreigner, Zepplin, and other shit I can't remember.
I would've moved my mouth away from the mic to breath, but I wasn't aware I could do that at the time. Also, don't order Coors, Budweiser, or Miller, those are imports there. You will be charged appropriately for import beers. Asahi Super Dry is my brand of choice.

After completing the butcherfest of Karaoke, we decided to head to a local punk rock bar. Sit down for this, you'll never believe this part. This is the owner of the punk bar. I don't recall his name, but he's a classically trained french chef. Studied in France. And he runs a punk rock bar in a mountain town. 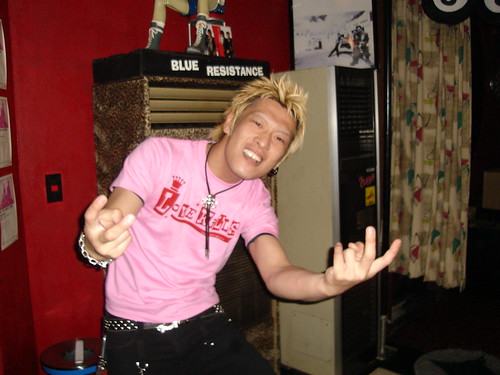 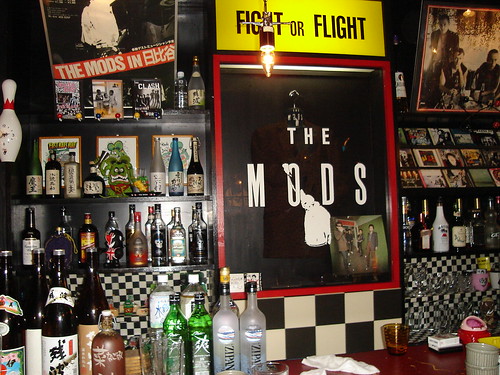 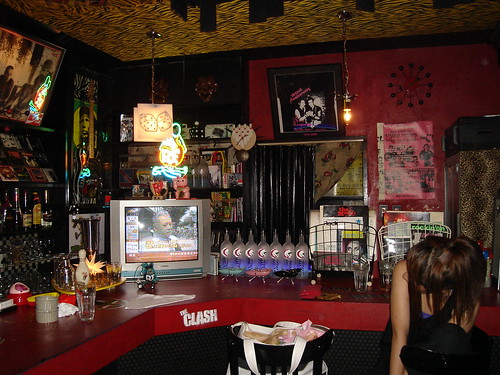 The girl on the right spoke no english, and we had the most interesting non-discussion about my broken japanese all night long.

His bar is called "Blue Resistance". He had an affection for all things RatFink. Appropriate, I suppose. We talked for a few hours with the bartender, a buncha white people and this guy.

Anyway, he tells us that one day, he hopes to go to Los Angeles to join a gang. But he doesn't know any gang signs. We tell him that gangs are bad business and best avoided. He then tries to impress us with his ability to spell out BLOOD with his fingers, a traditional gang sign of the Bloods.

I reply, "You'll get shot if you do that in LA"
He replies, "FUCKING SHOT IS FUCKING COOL! I love to get shot in LA!"

I gotta go pee at this point, so I venture to the bathroom in the place. I then notice the signs in the place and rush back for my camera. 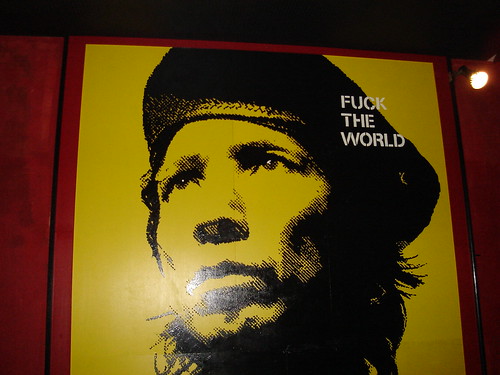 kinda missed the point, didn't they?

And I met my first Japanese toilet, face to face. 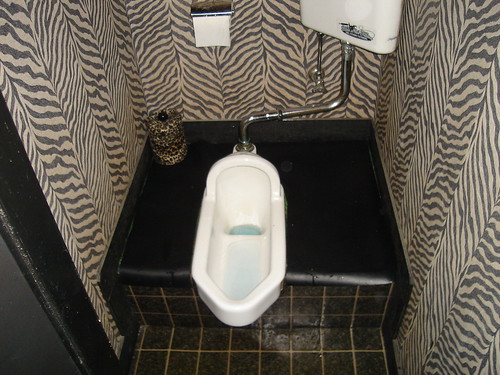 Nothing else happened really, we drank till about 2am, I vaguely attempted to hit on the Japanese girl sitting next to me, failed, and we staggered home, and the next day, we went to Yamadera, which will be part 11.