Well, the one in Asia. More specifically Japan.

5 days into the trip, we went to Tokyo. 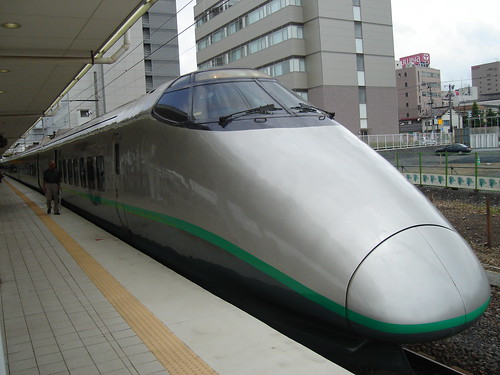 This thing is super fast and has stewardesses that bring you giant 24 oz beers in self cooling cans. And they also have squid jerky.

From Yamagata to Tokyo, it is a 2'45" train ride. Notable highlights include: 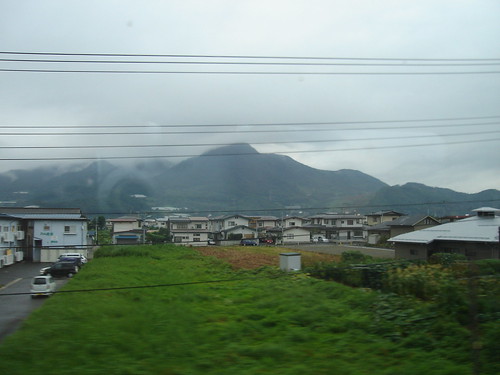 Most of which are Japanese in origin.

Some say that Japan is full of things, and I tend to agree for the most part.

So, we arrive in Tokyo, and we venture forth onto the subway system. 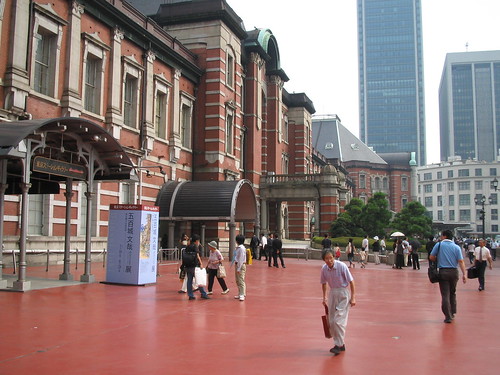 Tokyo Station. The Japanese will bow at nothing at all sometimes, for no reason, as evidenced by the old man on the right.

The subway system is daunting. 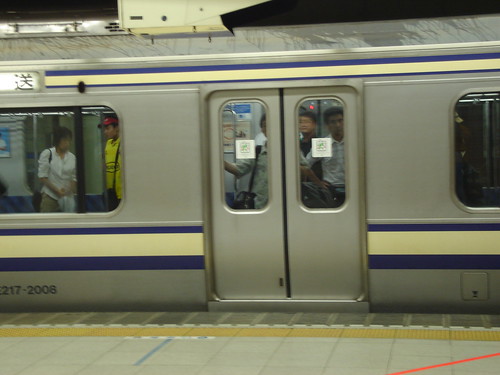 Our line was the blue line. I remembered that much. Thank god I'm not color blind. 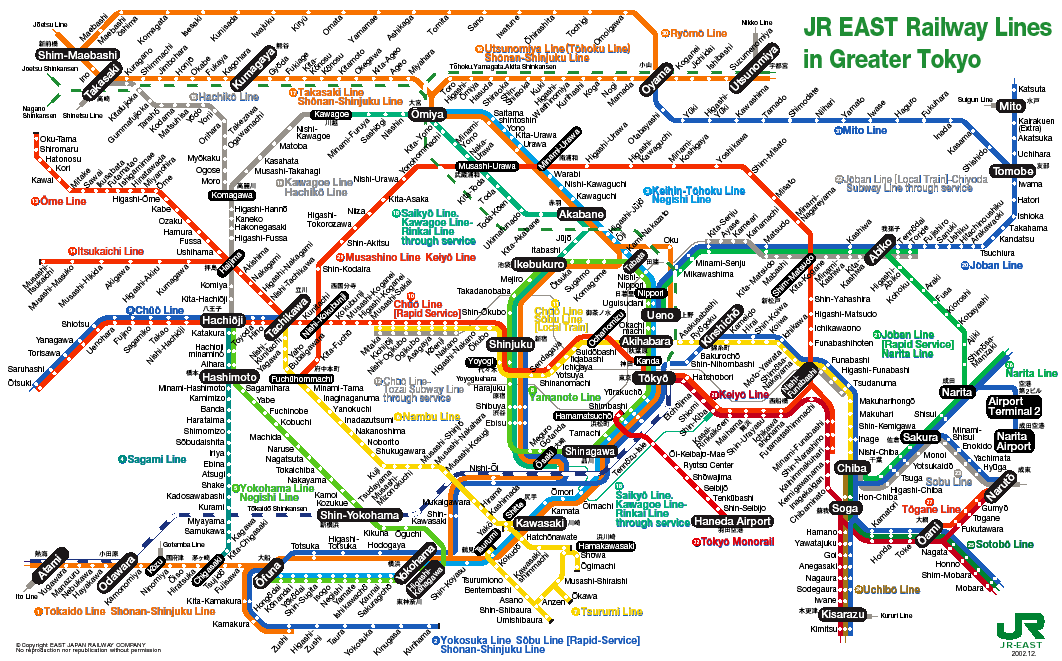 NONE of this is in English there.

We traveled from Tokyo station to Jimbocho, where our hotel was located.
Interesting note about Japanese addresses.

Your destination in Japan will have an address something like this.

And none of this relates on a map. In fact, most Japanese people don't understand the address system either. Honest. I had a hell of a time with us trying to find our fucking hotel. We were by all logic in a 1 square mile portion of Tokyo called Jimbocho, notable for it's many bookstores and confusing dead end roads that go nowhere. 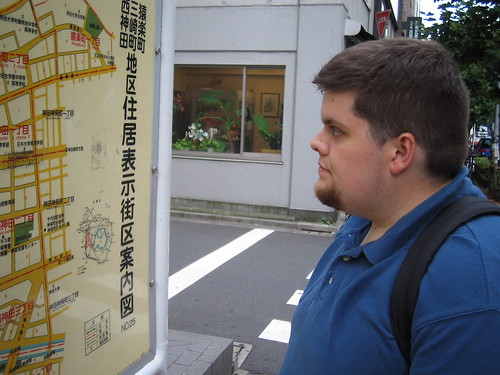 Me, reading a map, and not knowing what I'm looking at... I thought it was a price schedule for getting a hooker at the time.

Eventually we found our hotel. The lovely Sakura Hotel is located in an ALLEY WAY behind a convenience store for some reason. Not that it's a bad hotel, it's just that the location is... unique. I never would have considered an alley way when scoping out possible locations to build a foreigner friendly hotel in a large city with no discernable maps or directions to give. 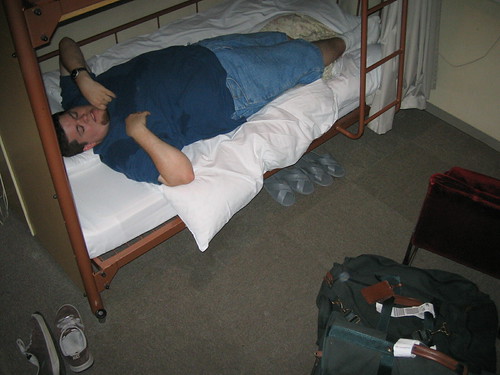 Afterward we headed to Akihabara. Luckily Akihabara was stupidly close to us. Like a 10 minute walk. 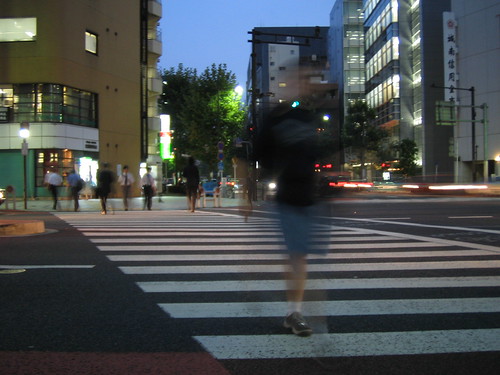 Near our hotel. I'm the big fat blur in the foreground. 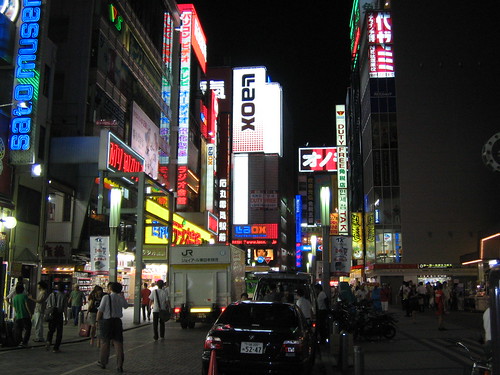 AKIHABARA. Remember that when you're in Tokyo looking to get ahold of the freaky shit. 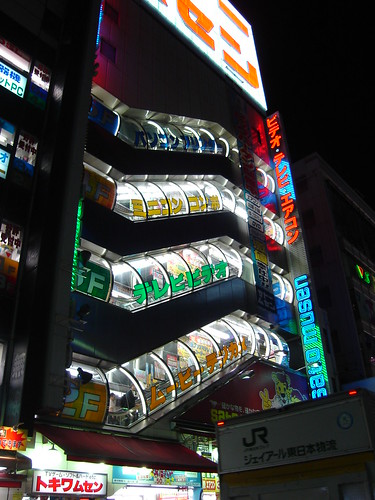 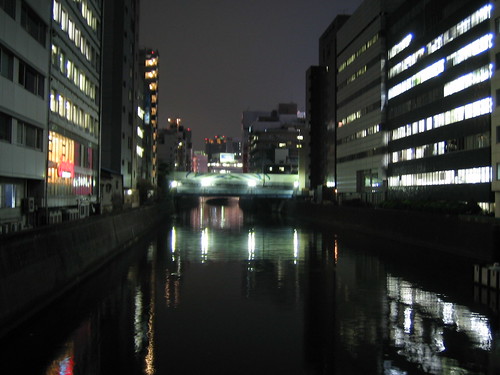 River that separates the icky, weird ass part of Akihabara from all the family friendly stuff. Note: The camera could not capture the awkward feeling that is felt passing from one area to the next

We then decided to try our hand at Pachinko since there's a parlor at the end of the main street in Akihabara.

Pachinko is designed for crackheads with ADD. They wouldn't let me take any pictures lest we steal steel ball designs or something...

Pachinko makes no sense to me. You have this thing that only takes 2000Y bills or higher, gives no change and screams at you in Japanese. Then it starts firing steel balls at a video screen that has street fighter or KOF going on in the center. Like I said. Makes no sense. And then it starts giving you these balls back. Almost like you were test driving and didn't mean to really lose anything at all. I noticed that somehow I went from 2000Y to two tubs of steel balls in like 5 minutes. Apparently this is good. I decided to stop then and took my ball bearings and get crackin' on that rollerskate factory I've been wanting to build.

OH NO, those are their steel balls and they must be redeemed for prizes. Like laundry detergent. Or smokes. You know, kids stuff. I wanted cash back since I heard they did that kinda thing and they told me I'd have to opt for cookies instead. I took the cookies which came with a free microchip I was told was worth 5000Y. Lucky me. I was given a map to a storefront two blocks away that buys gold microchips. I went over to this store, which was nothing more than a window with shades drawn and a drawer. Inserting the microchip gets you back 5000Y. Sweet. I scored free cookies. Bastards don't know what hit 'em.

After eating the cookies, we were exhausted. We boarded the subway train, and headed back to the hotel to drink cheap sake from mason jars and eat pepper flavored fried ramen snack chips.

Next up: The Emperor's Palace and NHK.