Well, this is two days before the trip to Yamadera

First a preface. Japan is hot and muggy in August. All over. It's like a giant gym sock everyhwere. Why? Japanese people for the most part, don't use anti-perspirant. Also, Japan is a completely coastal country, so it's always humid in the summer. Yamagata always gets the hottest yearly records for all of Japan. It'll get to 92-93 degrees there, with 60% humidity. If you don't know what that's like, it's like jumping out of a hot shower. You know how the bathroom's all steamy and muggy? Like that, but fully clothed.

Oh and Japan has no air conditioning at all. Specifically, Fenris' apartment had no air conditioning, but for the most part, most homes in Japan do NOT have central air. Think about that in your cool, comfortable 74 degree office at work. No air conditioning. Imagine it were still July. Would you want to kill yourself rather than sweat more? Yeah.

So, I'm a person who LOVES the cold. And I arrive with no AC anywhere. None in Tokyo's train station, none in the McDonalds where I ate lunch, none on the train ride to Yamagata, and certainly none in Fenris' apartment. I tell Fenris, "Dude, you've gotta get a fan or something." "Nah. I don't need it."

He must've misspoken. Right? Nope, sadly, he considered a weak .5 mph breeze at night to be MORE than enough. Ugh. We needed to rectify this, if only so I don't hallucinate while sleeping on a floor mattress at 4 am about the sweat pouring off my legs being ants.

So, Fenris tells me about this store called JusCo, which is like a mashup of Wal-Mart and Costco.

We'd have to take a bus there, leave at 2pm, take the bus, ride back at 4:30. Mind you, this is after our excursion to Mt. Zao So I wanted to be VERY careful we made it back to the bus on time. We had 2:30 hours to blow on retail shopping, so I wasn't worried, plus we were in town, so what was the worst that could happen?

It was a short 20 minute bus ride to JusCo. 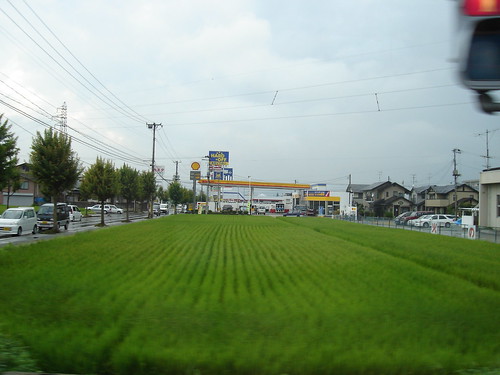 SHELL!?! WTF? I wasn't expecting Shell gas. I figured Gamera sold it or something...

We get to JusCo. 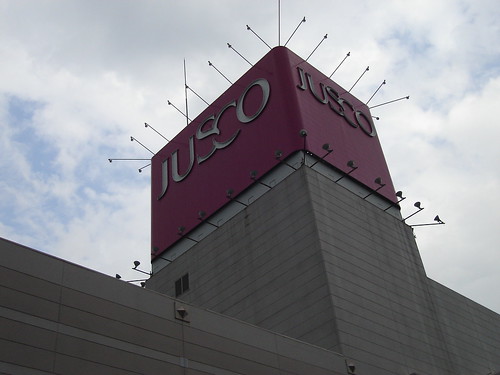 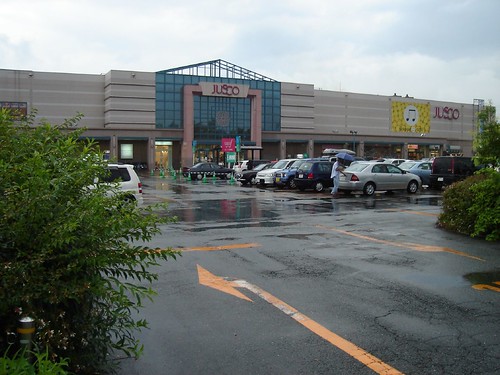 This place, like I said, is basically Wal-Mart and Costco crammed together, you can get everything you need here, and then get it all in bulk. We were really stopping here only so I could shoot all these pictures. We were getting the fan at Joy, the local hardware store.

First up was quick hit on the grocery area which was crammed full of people for a Sunday afternoon. 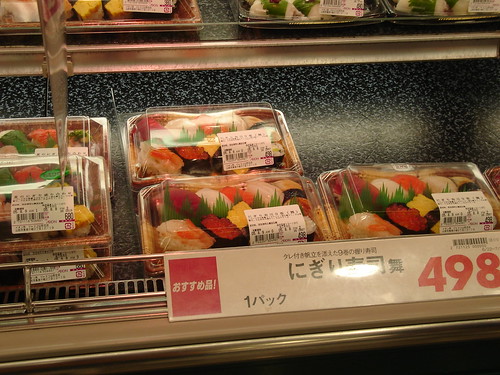 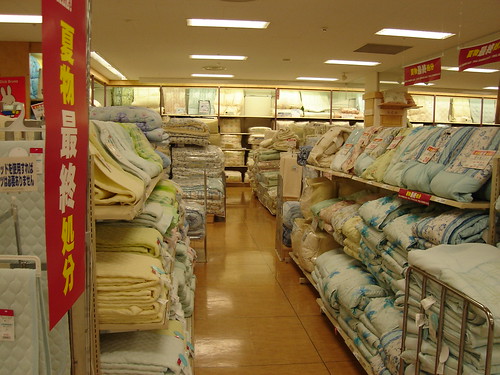 Futon department. Where else would you get all your bedding needs taken care of? 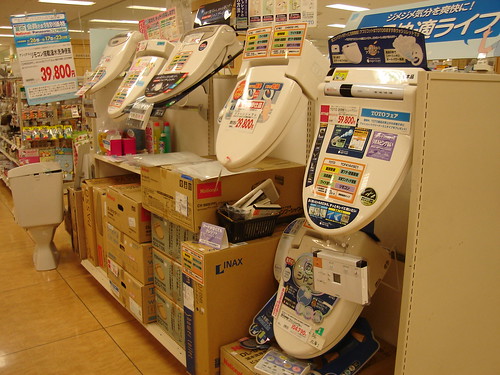 Robot-toilet seat department. These are the overpriced toilet seats you hear about that sing, dance, launch fireworks, and make gulping noise when you poo. 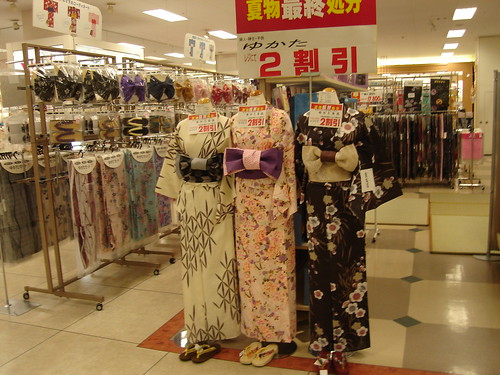 Now wait a minute now. The Kimono department usually throws people off. Yeah. Kimonos in a department store. Weird. Anyway back to normalcy... 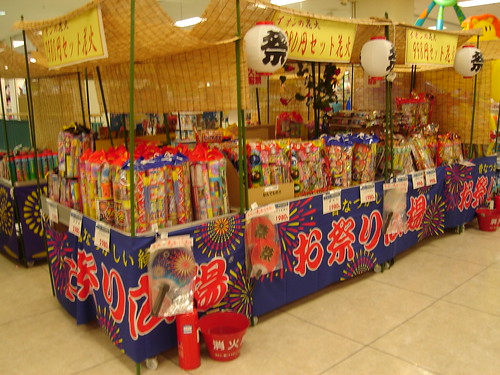 Uh, fireworks department? HOLY SHIT! WHAT ELSE COULD TOP THIS?! 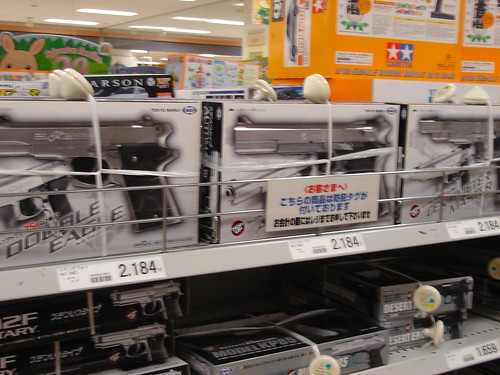 So, we decide to head to the food court to get some lunch. I've already had my fill of Japanese McDonalds by this point, so I head to the next closest foreign food there. 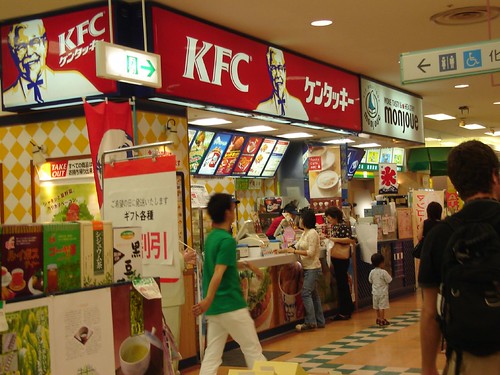 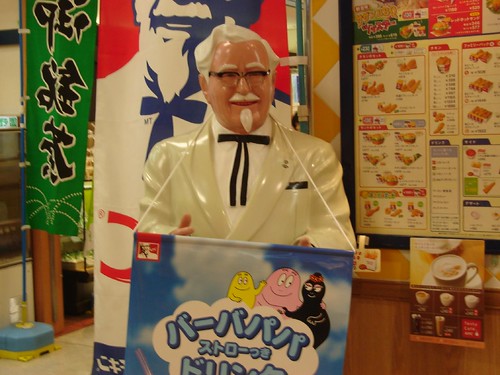 WTF am I DOING HERE?!

Ladies and germs, today's Pepsi-owned KFC meal is provided to you by Coca-cola. 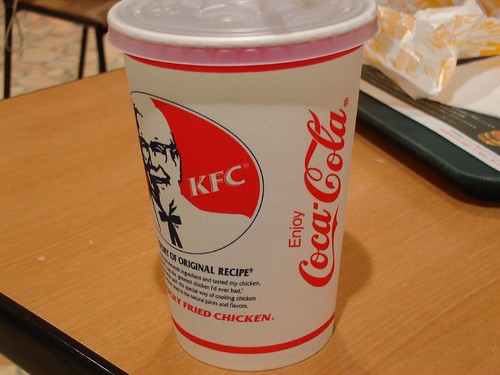 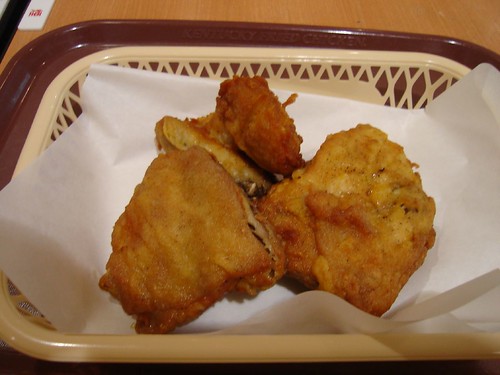 The chicken was awful. Worse than what we have here. 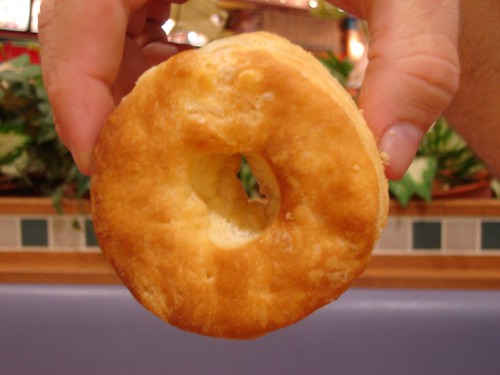 The biscuit? Served with Maple syrup no less. 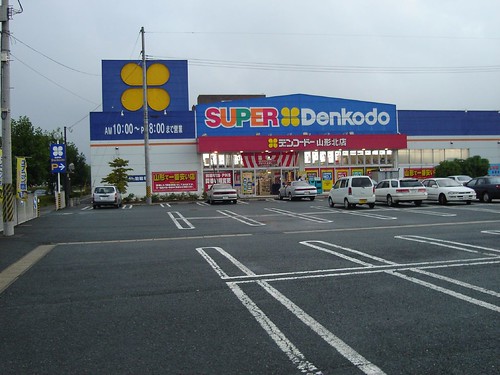 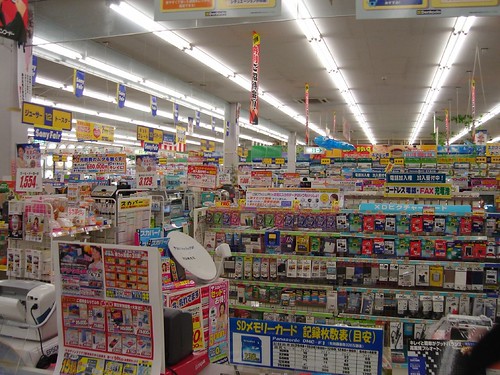 To be fair, it was basically priced about the same as what we'd pay here. Cheap ass computers, TV's, cameras, phones, etc. Basically, they were the same, but in Japanese and not English. It was all from China anyway...

Next up we went to Joy, which is like an ACE hardware/Wal-mart sporting goods store.

Joy's exterior reminded me of old hardware stores that kept wood and supplies out front. 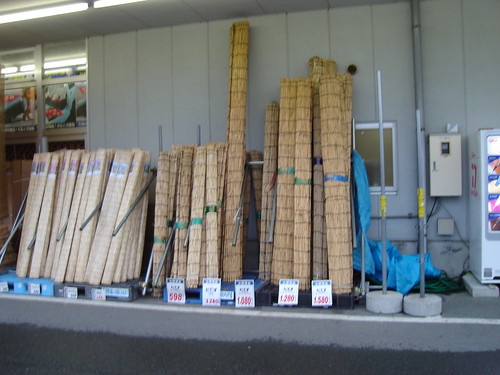 Except it's bamboo instead of pine lumber. 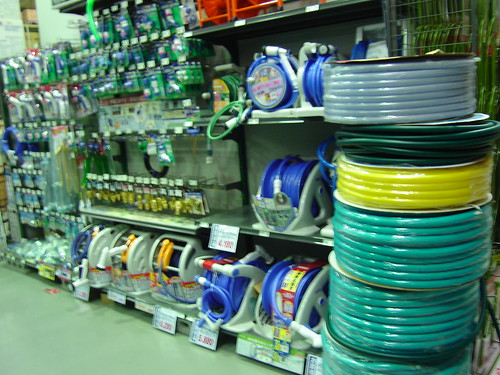 meh, we at least have soaker hoses...

So, we buy a nice big free standing fan for Fenris' apartment, then we decide to head back over to JusCo to wait on the bus back to his apartment. Just as we're leaving Joy, it starts to rain. Eh, I can tolerate it, so I don't mind so much.

That's when we see the JusCo bus leave the parking lot turning down the street headed away from us. We missed the bus again. This time by mere minutes. And in the rain no less. So, we head back into Jusco to wait out the rain, hoping for an eventual drizzle. 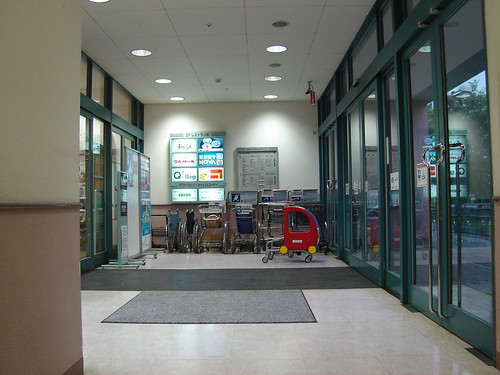 We waited for 30 minutes in the entry way, rained the whole time

Eventually we left, and it slowed from rain to a drizzle eventually. We had a 3 mile walk to the nearest train station. In the rain.

Some highlights on the walk to the station 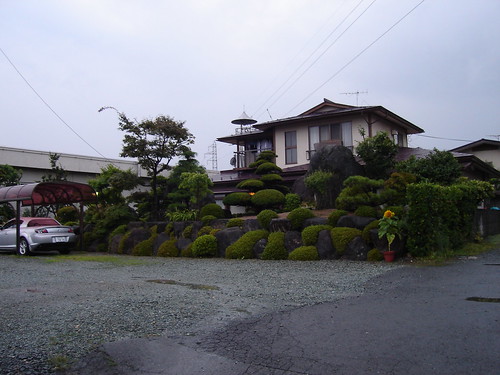 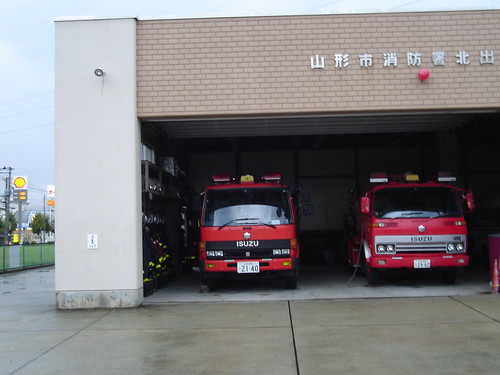 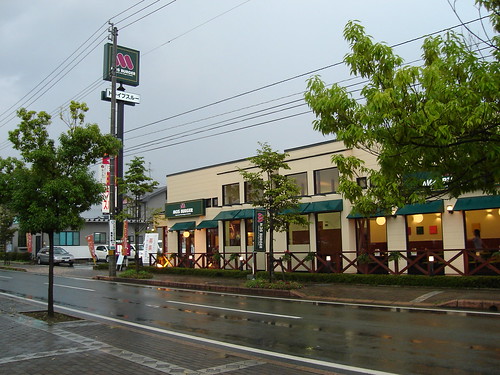 MOS burger is the Japanese equivalent to Whataburger. Very tasty when you scrape the mayo off the burger

An hour later, we arrived at the train station, rode that sucker and we got back to the main station near Fenris' apartment. We get back to his place and we chill out with his brand new AC unit set to high. I slept that night. 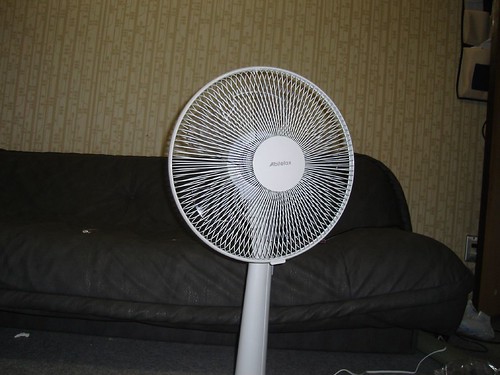