Today we decided to see the sights, how ever unsightly they may seem.

We started off taking a sub-way-train-a-ma-jig to the Imperial Palace. This is where the Grand Master Poobah of Japan lives. Not the prime minister, but the emperor.

So, we tooled around there for awhile. It's situated in the middle of this HUGE ass park and it takes like 10 minutes to walk from the nearest street to the entrance of the place. The Palace is the Emperor's home and the park is his estate. 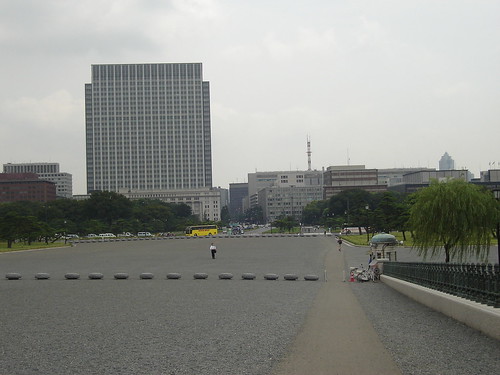 It's gotta be a bitch to go get the morning paper... 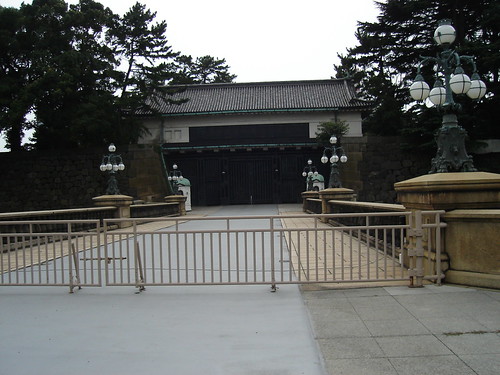 Entrance to the Imperial Palace. The public is allowed in one day a year to drop off birthday presents for the Emperor on Dec 23rd. 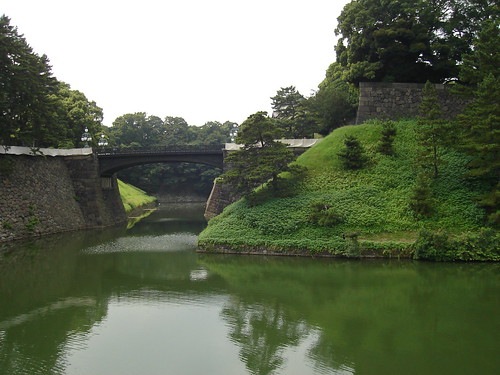 The structure on the right is the Emporer's actual home, no one from the general public is allowed in the residence.

Next from there we headed down towards Ginza and Shimbashi stations.

We stopped by the Tokyo Tower. Tours are $15. Meh. It's cooler looking from down below, and it's freer. 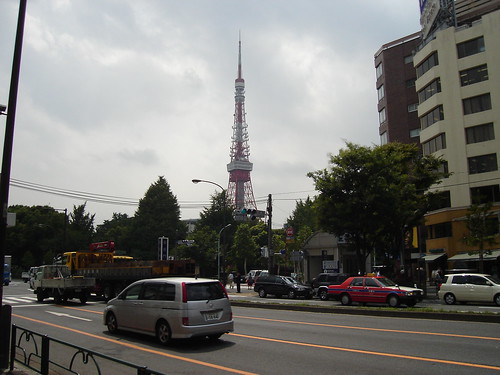 Another Godzilla-free day in Tokyo

And then we went over to NHK. NHK is the primary national broadcaster for Japan. Think PBS meets Discovery Channel meets Cinemax. Or not. 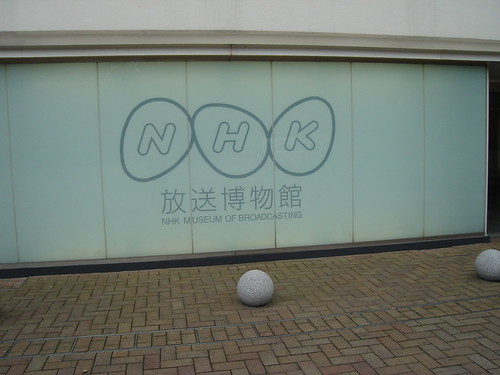 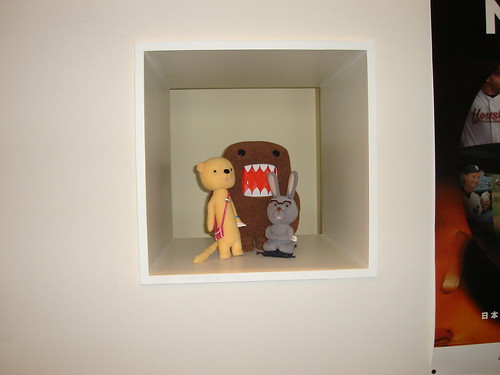 Senor Domo-kun, chillin' with his homies

Yes, Domo-kun was here. Between rounds of killing kittens for your fappage, he kicks it at NHK, doing promotional spots on things like taking your shoes off when you go in a house, or how to watch anime and not have your eyes bleed.

The NHK museum was neat, since we got to see all our modern technology we use today scaled back to the originals. Record amazements like the first Japanese radio broadcast with original microphone. 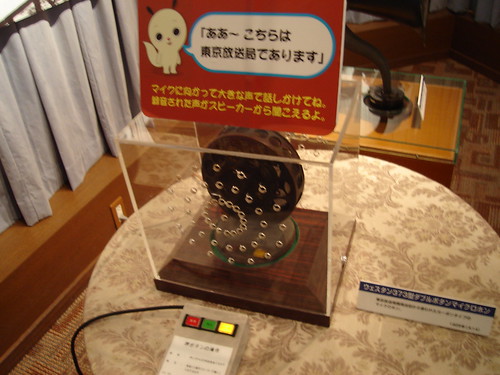 Or the first Japanese Television signal which is still being broadcast to this day on a private signal. 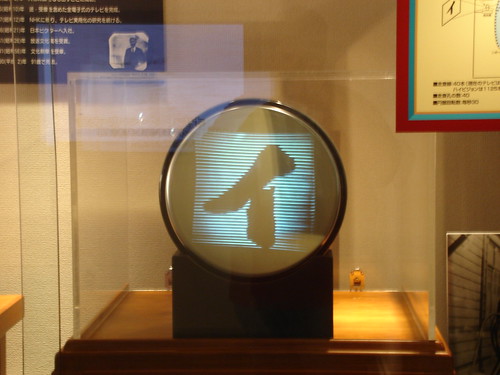 It's just the one symbol representing "one". Captivating isn't it?

After wards, we moved onto Odaiba.

If there's any place in Tokyo you need to visit, it's Odaiba. Why? Because other than Akihabara's nerd shopping, this is the fun place to go see shit in Tokyo. It's two malls next door to each other, a Toys R Us, a Sega Joyopolis, FujiTV Headquarters, and The Statue of Liberty. 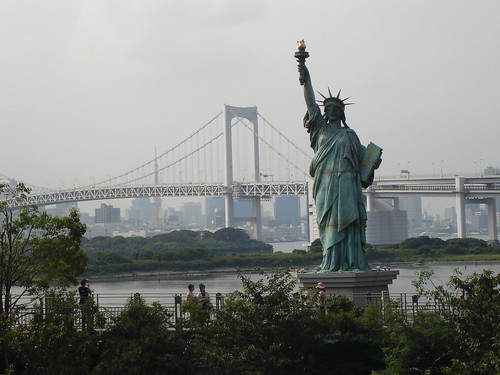 This sits in the harbor next to Odaiba island. No, really. Except it's only 30 feet high. 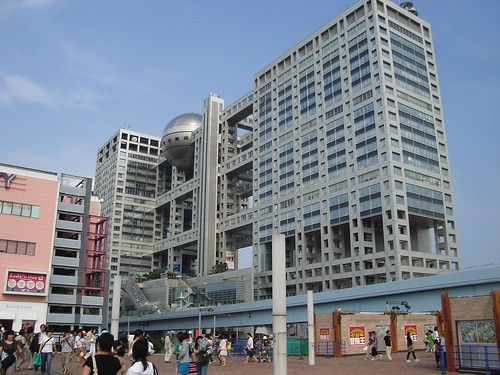 Fuji TV. Home of all your favorite animes.

We didn't get time to tour FujiTV. This will be updated when I come back.

Instead we went in the malls and Toys R Us.

Episode 3 had JUST come out in Tokyo about 3 weeks prior to my arrival, so there were requisite Star Wars toys for sale. 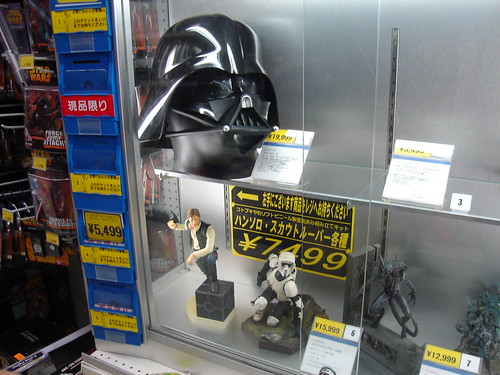 And Toys R Us there, has a Gundam Aisle, much like we have a barbie aisle. 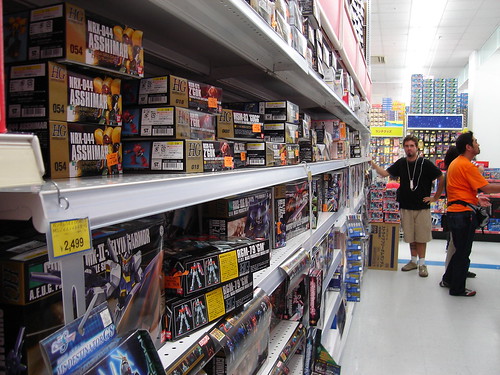 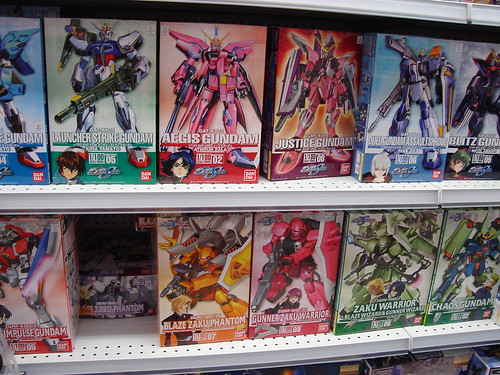 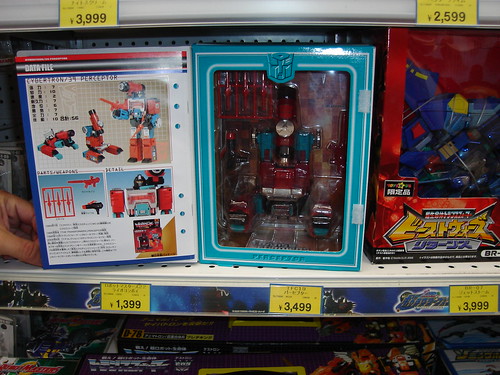 Afterward, we inadvertently found the 20th anniversary museum of Dragonball. 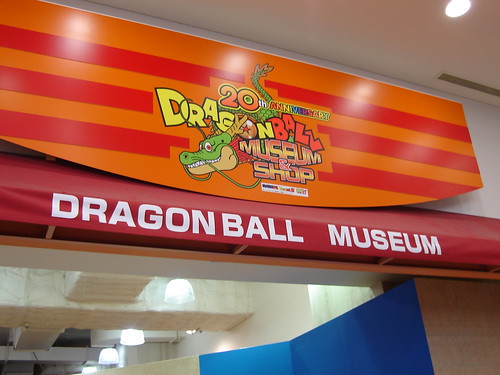 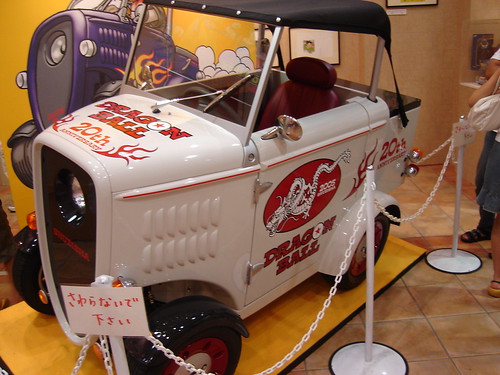 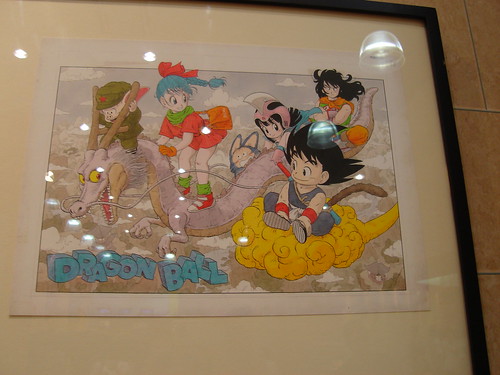 BTW, my testicles grant wishes if any over 18 year old young lady should want to collect them and rub them really hard... 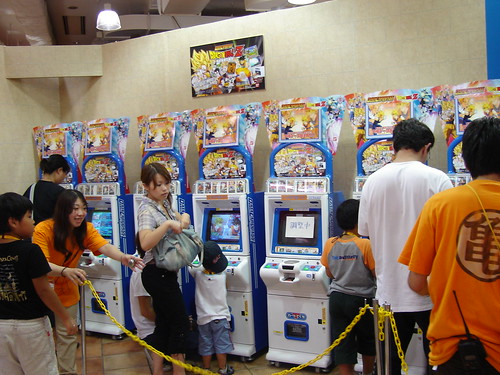 Get your picture taken with Goku, Bulma, Master Roshi, or the kid with dots on his head, whoever the fuck he is...YAY!

After this, we packed up and headed back to the hotel. We went out again to that night to go check out Shinjuku, but that story is for another blog...

Next time on: Japan: A Blog (from 2005): "Inappropriate touching in Shinjuku"
#Community
Login to vote this up!