Villains that SHOULD be in Arkham Asylum 2: Red Hood 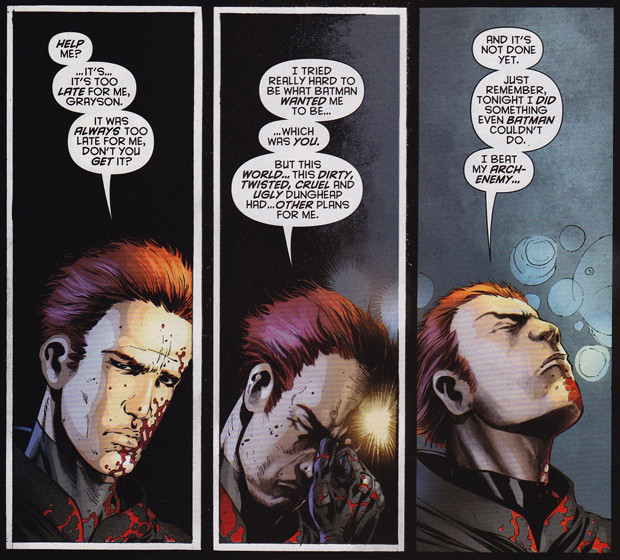 So naturally, this could all conclude in a final fight something along the lines of both of them on top of a building at night, rain falling, Jason yelling about how he tried as hard as he could blah blah blah failure, blah blah blah. It could end in the classic Todd hanging off the edge of the building, Bruce tries to save him, but he lets go sort of thing. Because god knows that hasn�t happened enough, hell Tony S. Daniel even did that recently with the final fight between Dick Grayson and Jason in Battle for the Cowl.

Anyways, thats my two cents for Jason Todd/Red Hood. If you actually feel compelled enough to read into the character here are some stories that would help...