Nintendo: Sorry that all you geeks and otaku misunderstood 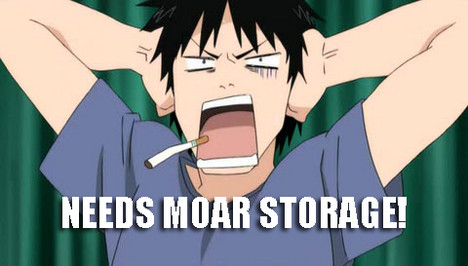 As I sit here, downloading fansubbed anime and looking at the lack of storage on my Wii, I see that Laurent Fischer (The nintendo rep who called people who worry about storage geeks and otaku) has issued an apology to videogaming247 for the "misunderstanding" of his comment.

“I have huge respect for those who, like me, share a common passion for Nintendo and want to make it clear that I would never use and I didn’t use this terminology in such a context or way to cause offence. I regret that this misunderstanding has created such offense and disappointment within the community.”

Misunderstanding? WEEEWOOO WEEEWOOO! Bullshit alert! Hey everybody, lets try to cover up very specific comments we made by calling them a misunderstanding! I'm sorry, can someone please explain what I misunderstood? It seems pretty simple, a Nintendo rep called anyone who has complained about the lack of space on their 512mb of Wii memory a geek and or an otaku.

Maybe, just maybe Mr. Fischer should be apologizing for trying to blow off an obvious flaw with the console and Wii Ware/Virtual Console strategy has by attacking those who point it out. Maybe he should grow a pair of balls and admit right now, as far as storage the Wii is fucked. It's okay Nintendo, you're still winning, you can admit one little fuck up.

Blah, quite honestly all I want right now is someone at Nintendo to say "WE FUCKED UP, SORRY!"

link
#Community
Login to vote this up!