Love/Hate: Assassin's Creed as a series 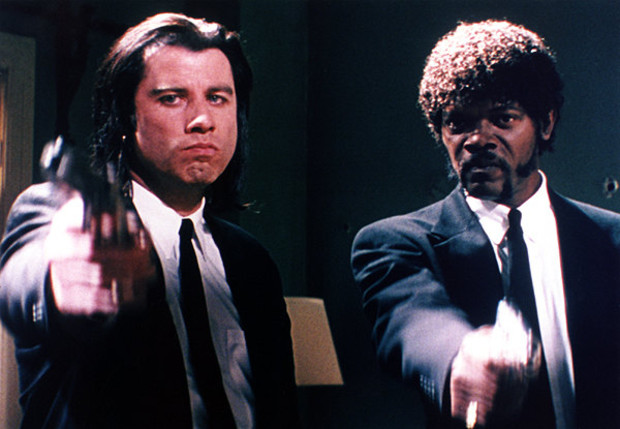 Let me crouch Ubisoft. For the love of god, I just want to crouch. As a trained assassin, I don't think this should be out of the question. Uncharted 2 has an infinitely superior stealth system to your game, and, well, that's just unacceptable. You see, Naughty Dog's game is about a treasure hunter and it's like an action movie with a ton of gunfights and explosions and car chases. Your game is about Assassin's who stalk their marks from the shadows, waiting for the perfect time to strike. Just to reiterate: It's about Assassin's, not action heroes. And there is no stealth system to speak of. Oh, you knew? Oh, alright I just wanted to make sure somebody had mentioned that to you.

I just don't get it. We're meant to be playing guys who lurk in the shadows and strike when the moment is right, yet 90% of the time they wind up surrounded by guards and have absolutely no issues fighting their way out. Does this not strike anyone else as odd? It's called cognitive dissonance. My brain is saying Assassin's should behave this way, Ubisoft says they behave that way. I wish Ubisoft would put a bigger emphasis on fleeing from battle and hiding. I suppose a historical Splinter Cell is what I'm looking for, and what I kind of assumed the series was about prior to playing. No, It may not be as "badass" to flee from a battle with 20 guards, but it's what an effective assassin would do, and could potentially be just as fun.

Courtesans/Thieves/Mercs -
While cool sounding in theory, the hired help mechanic was really just thrown in to add a bullet point to the back of the box. All 3 groups perform the exact same function, they cost the same (incredibly cheap) price, and are essentially just a way to skip a fight if you're lazy. Spend the measly $150 to hire them, point them at the guards, and wait for the area to be clear. *yawn*. If I wanted a game that played itself I'd buy Wii Music. Fix this, Ubisoft. Differentiate the groups at least a little. For instance, why couldn't the thieves actually steal from the guards and cut your character in on the loot? Bottom line: a broken mechanic that is far too effective for how inexpensive it is. And speaking of broken mechanics...

The Money system -
Money systems are notoriously tricky to pull off, so I appreciate that Ubisoft at least gave it a shot. On one hand I'm glad that acquiring cash in AC2 isn't the Sisyphean task that it is in Fable 2. The problems begin with upgrading the Villa. As soon as renovations became available I became so psyched by the prospect that I did nothing but run side missions until I could afford to max the thing out. Assassination contract here, beat up mission there, and bam. Done. Renovations complete. I still had about 3/4 of the actual game to go through at this point, and money was NEVER a problem after maxing out the Villa. Any new weapons, armor, or paintings I came across I could instantly purchase. This killed the fun of the system for me. All it took was running a few side missions and I'm set for money for the rest of the game? That doesn't seem right. Either make the renovations cost way more (as the benefit for renovating early on outweighs any other expenditure in the game), or simply make money harder to come by.

Storyline -
True story: there was a point during my playthrough of AC2 when Erin (my lady) came and sat on the couch next to me. Ezio was talking to someone about something.

Erin: So what's going on in the game, plot wise?
Lindy: I...well, this guy...umm............yeah, honestly I don't know 'cause I don't really give a shit.
Erin: Hmm...then why are you playing it?
Lindy: Because I really enjoy the gameplay, I just couldn't care less about the story.

While I don't want to diminish the effort put into the story of either game, the bottom line is that I just don't care. I'm not playing these games for the Rubik's cube of intrigue and conspiracy they inevitably present, I usually just want to stab something. Or jump off a building. Preferably both at the same time. While I appreciate that someone toiled away for hours building this complex tree of characters and dialogue, it really is just white noise between gameplay segments.

And don't get me started on the Desmond bits. I'm sad that Ubisoft didn't have the confidence to create a purely historical adventure game, that they relied on the crutch of sci-fi epic garbage permeating all of gaming lately. I just shook my head at the "twist" ending of AC2 and reminded myself that I was correct in disregarding the story from the beginning. It just proved that the narrative in these games is hackneyed, stilted fluff that isn't worth my attention.

In summary
There's so much double think going on when I play these games. Part of me loves running across the rooftops of Florence, deftly dodging an archers arrows and, when he draws his sword and attacks, kicking his weapon away before double-blading him in the face. These are experiences unique to Assassin's Creed, and I cherish them.

The other part simply cannot stop seeing the flaws. There is a better game buried beneath the clutter of flawed systems, loose controls, and filler missions, and until that game is unearthed I'll continue to have a love/hate relationship with Assassin's Creed. Here's hoping the third entry is something we can all agree is great.
#Community    #OpinionEditorial
Login to vote this up!