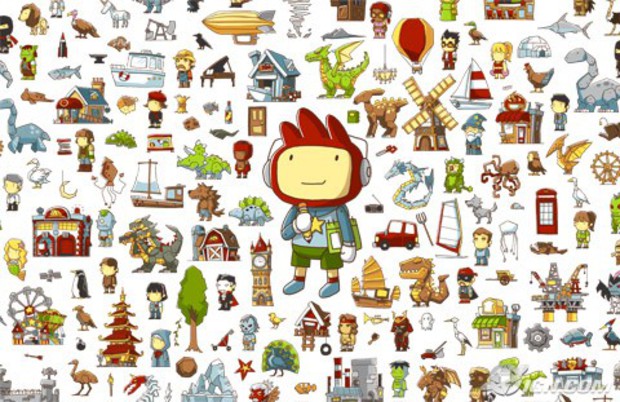 So apparently if you're a game developer, just come up with some groundbreaking concept, even if the game is shitty, and throw it out there. As long as it's the first in the series, or the first to do something different than other games, it is good. Let's take Scribblenauts. Taken out of all context, this game is complete shit. You can barely move your character and for a game based totally on coming up with newer, creative solutions, there are really only a handful of omnipotent words that will get you through. Most people I talk to just mess around on the title screen. Well then it's not a game you're playing, that's pretty much using Google Images on your DS except you only get one result. Yet (and I hate to play this card) the game has a 79 on Metacritic? Why? Because it's fresh, it's new, it's original. Original is truly a word that no longer has meaning. You know that's true when people have been able to define every plot that can ever happen.

Think before the next time you argue "this is the game that started it all". By that logic, wouldn't that also make you a fan of games such as Bible Adventures which was the first Bible game for the NES (damn, I said I'd avoid religion), or Custer's Revenge for being the first high-selling porn game? Or if I were to take it a step further, isn't EVERYTHING great? Pocket Ninjas is a horrible, horrible movie. But, if I were to use the "original" argument, then it's good because it is the first movie named Pocket Ninjas to be worked on by each individual that put the movie together and shot in that specific way. If I made a movie and everybody loved it and then years later, re-released the same movie but with subtle changes in dialogue and different camera angles... would people say the one released beforehand was better?