10 things you didn't know about bbain

7:00 PM on 04.01.2012 (server time)    0
Today, while updating the archives for the Cblog Recaps, I came across this post from a few years ago. I wasn't really around Destructoid when these "10 things you didn't know about me" blogs were a thing, but I thought it might be fun to try and bring it back and give the newer members a chance to share some things about themselves (actually, Rammstein made one last year, but it seems like the idea didn't really take off after that). I hope this post might inspire other people to do the same, because it's always fun to learn more about the lives of other Dtoiders. So here goes. Here are ten things you probably didn't know about me! 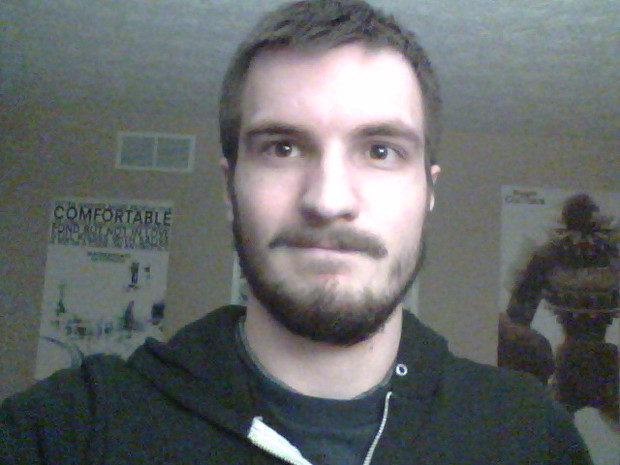 10. When I was a kid, I really wanted to be a marine biologist. Or a "marin bilolojist" even (I found that written in one of my journals from elementary school). I would ask for a bunch of books about fish and the ocean, and spent a lot of time learning the names of tons of sea creatures and reading about their behavior and stuff. I still think it would be a cool profession, but for some reason I decided to pursue English in college instead, and now I can't find any jobs at all. I did take an Oceanography class in college, which counted for a GE requirement, and it was pretty interesting. My interest in the ocean still remains with me today. I find whales and cephalopods to be invariably fascinating. It even inspired me to write a blog post about underwater levels (which I love)!

9. Now that I'm an adult, I really want to work in the video game industry. I would like to be a writer for a game developer, or perhaps a gaming journalist (how would that sound, Destructoid? Eh? Ehhh?). I'm finding it very difficult to break into the industry, though. I've been applying for jobs as a QA tester, thinking that would probably be a good entry level option, but I haven't heard back from anyone yet. Unfortunately, I don't have any testing experience, so I'm thinking that might be holding me back. I'm determined to keep trying though, because this is what I would really like to do with my life.

8. I'm still pretty much a kid at heart. I partake in a lot of activities which some people would consider childish. Playing video games, of course, is a good example, although it's pretty clear that adults make up a large portion of the gamer population as well. I also still enjoy watching cartoons, either going back to shows that I watched as a kid to see if they're still entertaining (I actually bought Courage the Cowardly Dog on DVD recently, because I still really love that show), or checking out newer cartoons to see what's popular these days (Adventure Time is a good one). I tend to be pretty apathetic towards many of the more adult-appropriate activities and interests, such as drinking, smoking, politics, gambling, or whatever else it is that adults like to do.

7. Although it wasn't the first game I played, I'm pretty sure Super Mario RPG is the reason I became a gamer. My brother and I rented it one day and played through the entire game together in a few days. I'd played other RPGs before that; we had Dragon Warrior for the NES (aka Dragon Quest) and Final Fantasy II for the SNES (aka Final Fantasy IV), but for some reason, Super Mario RPG really just blew my mind. We returned it, and a few weeks later I asked my brother if he wanted to rent it again. "But we already beat it," he said. "I know, but it was so good!" said I. I rented it again anyway by myself, and played through the entire game again. I tried to find as many of the game's hidden gems as I could (that game had a TON of hidden content!), which was a new habit for me then, but now it's something that I do for almost any game that I love. It remains to this day one of my favorite games of all time, and I still go back and replay it occasionally.

6. I used to play RuneScape, and I actually enjoyed it. I was introduced to the game by a friend from middle school who had moved away, and we used the game to stay in contact with each other. So it was nice to be able to play with a friend, especially one that I couldn't see anymore at school. Eventually he moved on from the game, but I kept playing it every day, and got several of my cousins to play it with me as well. I think that my time with RuneScape may have been the only moment of my gaming career where I was slightly addicted. I played it for hours on end every day for about a year or so. I don't do that with games anymore. Even other MMOs like World of Warcraft, I'll only spend a reasonable amount of time with them. Anyway, I stopped playing RuneScape several years ago and have no desire to ever play it again, and now it's sort of an embarrassing admission these days to tell other gamers that I played it. Oh well. I enjoyed it at the time anyway. As long as I was having fun, right?

5. I'm an extremely quiet person in real life. I wouldn't say that I'm shy though. I don't mind getting up and singing karaoke at a bar or giving a speech in front of a bunch of people (both of these things involve saying words that are written in front of me, interestingly). I also joined the drama club in high school to try to prove to people that I wasn't shy (that was my reasoning as a high schooler), and performed in several plays. But for some reason, I have never been able to converse easily with people or start many conversations. I'm not exactly sure why. Usually I just feel like I don't have anything really important or interesting to contribute to a conversation, but I will chime in when I do have something to say which I think is interesting or relevant. My quietness has led to innumerable awkward silences, even with family members or close friends, and I'm sure I'm not very impressive during first dates or interviews (my lack of a relationship and a job would probably confirm this). Anyway, I've grown to accept that it's just how I am, and my friends and family seem to be accepting of it as well. None of them ever point out that I'm being quiet anymore, which is something that I HATE when people say to me.

4. I'm gay. I hesitated including this one. I dunno, I kinda feel like maybe it's neither here nor there. I don't really talk about it very much though, so I figured it was probably something that a lot of you didn't know about me. Though I try to come off as a typically very happy person, this fact has actually contributed to a lot of depression in my life (and still does, even though I've accepted it and told my family and everything). I won't go into all of that here though. It is what it is.

3. I'm usually several years behind when it comes to playing new games or getting new consoles. I've never bought a console the year it came out. I've owned an NES, SNES, N64, Gamecube, Wii, PS1, PS2 and PS3, and I acquired all of them probably at least two years after they were released. This also means that I always tend to be late when it comes to playing the next best game, so while everyone is talking about Mass Effect 3, I'm busy playing Red Dead Redemption and Bayonetta. I'm always playing catch-up with other gamers. However, on the positive side, I always get everything at a discounted price!

2. I listen to video game soundtracks in my car. This one might not be very surprising to some of you. I've expressed my love of video game music many times in the past. About a third of the music in my Winamp is from video game soundtracks. I've also copied a lot of that music to CDs so that I can listen to it on the road. The soundtracks for Okami, Katamari Damacy and Bastion are a few of my favorite CDs to listen to while driving. I've also got the soundtracks to Catherine, Persona 4 and Bit.Trip Complete in my car, all of which came with the games, as well a physical copy of the Super Meat Boy soundtrack, which I purchased. Sometimes I drive with the windows down and video game music blasting, and try to gauge the reactions of passersby.

1. I chose Balrog for my avatar because Destructoid introduced me to Cave Story and the world of indie games in general. The first time I'd heard of Destructoid was when I stumbled across the Top 50 Videogames of the Decade article somehow, and was surprised to find that I'd played very few of the games on the list. This led me to check out a variety of awesome games which pretty much changed my current taste in gaming, and Cave Story was the first one (because it was free for the PC, easiest to obtain). I was blown away by how great the game was, and even more blown away that it had been created by a single person! This led me to seek out a bunch of other free indie games, and I found a ton of excellent games, which in turn led me to create my 5 Freeware Indie Games You Should Play series which got me started in the community here. So I figured Balrog would be a perfect avatar for me here, since Cave Story was the first thing I played upon discovering Destructoid, and it had a great influence on my current gaming habits and opened up a whole new world of gaming for me. Also, Balrog is just a really cool character.
Login to vote this up!