1:35 AM on 09.29.2012 (server time)    0
While Electronic Arts has suffered a seemingly endless string of PR nightmares over the years (most recently for slapping a new cover on FIFA 12 and releasing it as FIFA 13 for the Wii), some of their yearly sports titles have managed to deliver on a level that leaves them virtually immune to the criticism the publisher receives. FIFA has been one of those titles in recent years, with gameplay that straddles the line between realism and accessibility beautifully, as well as an absolutely ridiculous amount of game modes.

This year, EA Canada set out to not only expand the ways that you can enjoy FIFA 13, but also to address issues with the core gameplay itself. The results have been even better than expected, and the result is one of the deepest sports games ever made. 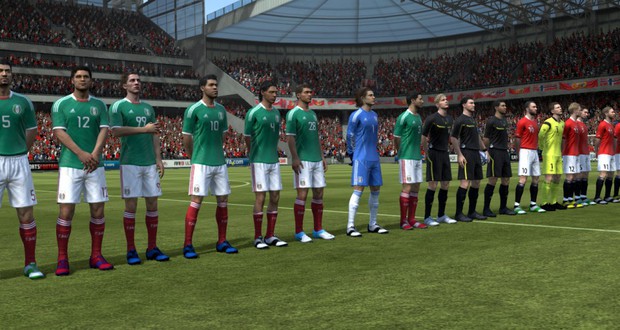 The presentation is polished, as always. The first-string commentary team of Martin Tyler and Alan Smith return, and they do a good enough job of calling the action. You'll hear repeated phrases, of course, but unlike other sports games where the flow of the game stops regularly and you hear the same anecdotes over and over, matches keep them busy enough that most of what you hear is what's happening on the pitch moment-to-moment, anyway. During the new Match Day mode, they comment on real-world happenings, similarly to the way that the NBA 2K talking heads do in NBA Today mode. Crowds sound suitably realistic and add to the sense of immersion during matches, too.

In a sports game, gameplay should always come first, and EA Canada really delivered on that front while also improving and expanding many features of the game, too. Whether you call it football or soccer, if you have even a tiny amount of interest in playing "the beautiful game" in videogame form, you won't be sorry that you bought FIFA 13.

Final Verdict:
9.0
Superb: 9s are a hallmark of excellence. There may be flaws, but they are negligible and won't cause massive damage to what is a supreme title in its *genre*.
#ShareonCommunityBlogs
Login to vote this up!