12:41 AM on 09.13.2012 (server time)    0
Just about every gamer has a backlog, and I am no exception. To try and keep mine managable, I will regularly pick a game I've been meaning to get to and complete it (or play as much of it as I can stand) before reporting my thoughts. That's what Backlogged is all about: the dream of finally getting to all the games I've been meaning to play. And no, it has nothing to do with being constipated. Finally, don't worry, I won't including anything other than very light spoilers past the first hour of gameplay without warning you. 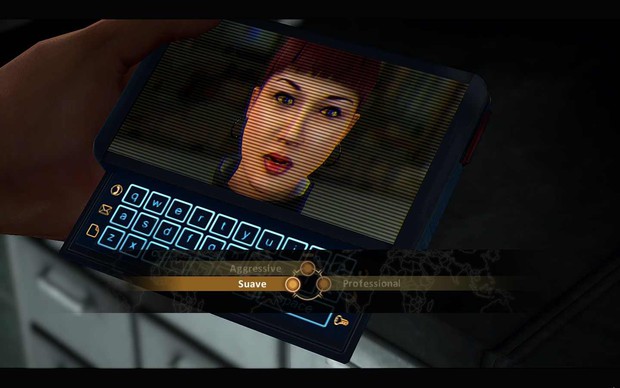 -If there's no new game plus, why did I earn XP at the end of the final mission?

-Why does SIE's accent sound Russian, not German?

Alpha Protocol exceeded all of my expectations. I'll go as far as to say that I really enjoyed playing it. Now, it had started to wear out its welcome with repetitive gameplay and mission structure near the end of the story, but the interaction between characters kept me interested, nonetheless. While I felt that the combat and overall gameplay coule be improved, I didn't find them to be as bad as was indicated in many of the reviews I've read.

Alpha Protocol reminds me of LA Noire a lot in that while the game was far from perfect, there were some solid ideas that I'd like to see taken further, if not in a sequel, than in another game entirely. Overall, I liked Alpha Protocol a lot, and I'll likely replay it in the future to see some of the other things that could have happened in the story.

If you've played the game, too, let me know what you thought of it in the comments!
Login to vote this up!