10 things I learned this week: Aborto might have his first job as a concept artist Edition 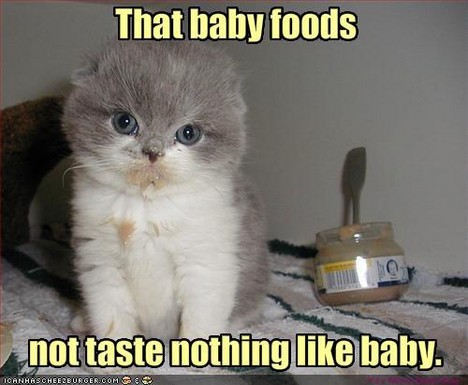 I've mentioned every once and awhile here on Destructoid that I want to become a concept artist for videogames. I've wanted to be part of the process of making games since I was a little kid and considering my skills I always figured being a concept artist would be a perfect fit for me. This is why when it was time for applying to colleges I looked for art schools that had courses in game design and that is how I happened across my current school the Savannah College of Art and Design. However, the thing about my school is that you don't start work in your major until at least your sophomore year and the first year or so is introductory courses. Which I was fine with because it would allow me to get better at drawing but it is hardly as fun as working on a game.

However, as a result of my addiction to Magic cards I have made friends with kids older then me who are currently working in the game design major. One of which is starting work on his senior project. As a result he was looking for a concept artist, something he was apparently having a problem with. When he learned that that was the major I was planning on going in he told me about this and asked if I could put together a portfolio for him and the people he is working with to look at. Which leads me to what I am doing now which is looking through my sketchbooks for pictures to scan into the computer to touch up. Hopefully he will like it and I can get a jump start on my game design work.

That being said, since I have to scan them into the computer that means I can do something I probably should have done a long time ago, display my work on Destructoid. Considering how I have said for months that I am an artist you people probably find it weird that the only proof I have given of this is my avatar and my old banner. Things I wouldn't exactly say are a good example of my work. Well I could just say it was because I was lazy but there is more to it then that. Worries that people would probably say are unreasonable. Chief among them being I always felt that making an art post would make it look like I am imitating other people on Destructoid who are doing the same thing and make it look like I am stealing their thunder. You have to understand that I can be an incredibly paranoid person and I think it has been that paranoia that has prevented me from doing it. That, and I don't like the idea that people can use my artwork without my permission if I post it on the internet.

So I will make a post soon with my work in it if I haven't done it already so look for that.

1. The Darkstalkers Graphic File is awesome sauce. I definitely reccomend it for anybody who is a fan of Darkstalkers, or Capcom fighters for that matter.

2. I don't know what to think about Prince of Persia. The levels are excellent and the whole Elika mechanic works perfectly for platforming but when it comes to fighting it just ruins it. The fact that you can't die sort of takes the urgency out of fighting and takes away from it. Shit, it's like you don't even have to try to beat enemies.

3. Chad got himself in trouble.

5. the new forums are super sexy

6. A lot of people like to bitch about RE5. There are some things I want to point out about this. Namely that all these people keep bitching about not being able to strafe. For those people who bitch about the inability to move while aiming I would like to ask you a question: have you ever played an Re game? You've never been able to move while aiming, thats part of what makes a Resident Evil game a Resident Evil game so why would you bitch about the inability to move while aiming? Why would somebody go into Re5 expecting anything other then RE controls? I just don't understand why people are so surprised and pissed off about something that has been there since the series inception.

7. The cast of Podtoid agrees with me about F.E.A.R not being scary.

8. Jim Sterling has an assload of pickup lines.

9. Speaking of Jim, I learned he is really looking forward to killzone 2 for some reason.

10. Blehman's milkshake brings all the boys to the yard.
#Community
Login to vote this up!