Location: History Is Our Playgroud

8:54 AM on 01.26.2012 (server time)    0
Sometimes playing a game where the location is a replica of a real life place is what I need. Sure, there are times I want to escape from the world and go and traverse the galaxy with other alien races on my big pimping space ship or perhaps even run around in an underwater metropolis armed with a super powered wrench. Video games provide a multitude of ways to immerse oneself or cause general havoc. For me however, the games that generally suck me in more than any other are games with locations that are a duplication of some real world location. The only problem with this is that developers tend to reuse the same environments over and over again, with New York and the Middle East being the two most glaring examples that come to mind. One might say that we�ve run out of real life places to base a video game on which is a total load of rubbish, but let's say for arguments sake that this is true, there is no reason why we couldn�t use a different time period to explore a different, unique location we haven�t seen before. Assassin�s Creed II was one such game to me and the city of Venice in particular, remains one of the most memorable locations in a video game that I�ve played today. 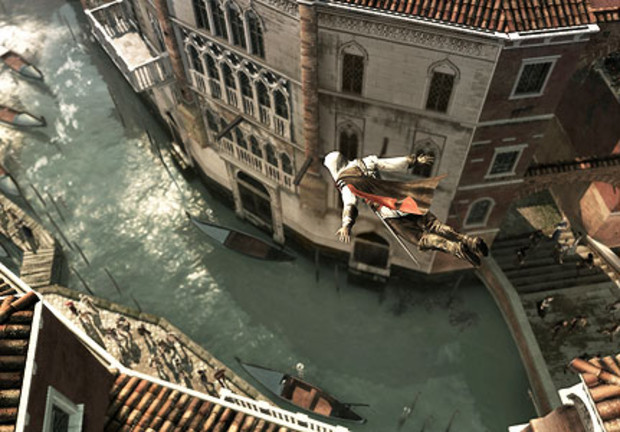 At the time, I was currently studying the renaissance time period in history class, specifically how it influenced Italy and the rest of Europe architecture, art and all that jazz. Easiest marks I have ever earned to this day and another reason I appreciate and took note of how much work went into designing the city. Say whatever you want about Ubisoft and their business practices, shoddy DRM and their dynamite attempt at impersonating Activision by milking their franchises, they have created a series built upon some of histories most interesting locales that we might never have gotten to experience otherwise.

Am I gushing? Probably, but very few games have given me an opportunity to get a taste and experience a city that one day I would like to visit myself. The boost in my history mark also didn�t hurt its chances in being memorable for me. I agree with most that the series as whole could use some serious shaking up, how an actual stealth system hasn�t been added in a game where you�re an assassin is crazy to me but I for one can�t question the amount of work that went into Venice, my favorite video game location.
#OpinionEditorial
Login to vote this up!