When I was still a lad, there was this craze going on about making cartoons based on ducks. Back in the late 80's to the early 90's, mallards ruled the entertainment world. We had the pleasure of watching Count Duckula, Duck Tales, Darkwing Duck, The Mighty Ducks, and every now and then we would have the opportunity's to watch the old classics, staring either Donald Duck or Daffy Duck. I have no idea why my generation at the time was a target for duck related entertainment, but as time went by we all seemed to grow fond of it. I have yet to find one person in my age range that has never had at least one fond memory of any late 80's to early 90's 'duck shows'.

It must have been a growing market back then. It just seemed as if everyone was getting into the duck business for some reason another. Even Capcom, one of the biggest third party video game developers at the time, would go on to eventually contribute to this new wave of children's entertainment inspired by the Anatidae bird family. (Yes, I just pulled that out of Wikipedia.)

Capcom, in my opinion, made the definitive duck related games for the dominating system of that time; the time when ducks ruled the world. That system was the Nintendo Entertainment System. Capcom had the licensing from Disney. It was their job to create games based on Disney's hit shows and movies. With this license, Capcom would go on to make three of the greatest duck related games ever created. Three games that would be released at the peak of this new era in entertainment; the era of the duck.

The most notable and praised game they created due to their relationship with Disney was Duck Tales. Duck Tales, the show, starred Scrooge McDuck, a cheap stubborn wealthy old prune who traveled the world with his nephews and a few friends. They traveled on reasons to uncover lost and hidden treasures. Capcom's game basically took this premise and ran with it. From the Amazon to the Moon, you discovered treasure as the old cheapskate himself.

With your cane you could finally unleash that pent up old man rage you have been building up over the years. Pressing Jump and down would activate this cane mechanic. The cane acted in a 'pogo stick' fashion. It would allow you to hop up and down, break rocks, and it would also harm enemies. The cane could also be used in the form of a 'golf club'. You could hit rocks, and other objects to clear out paths, as well as enemies. The cane mechanic really helped establish a strong foundation for this game.

Duck Tales stood true to the show as well as to itself as a game. It didn't try too hard to be something that it wasn't. All it did was provide a fun interactive experience based on a popular TV show. I still find it fun to pick up after all these years. I regard this game as a true classic. Not only was it fun, but it starred ducks for duck sake!!!

After Capcom's Duck Tales made a hit, the company went on to make Duck Tales 2 in 1993. Duck Tales 2 provided new mechanics for the cane. Not only could you use the cane in 'pogo stick' fashion or 'golf club' fashion, but you could use it to drag blocks, flip switches, latch on to rings, and move rafts. The game also changed locations as well. Scrooge in Duck Tales 2, could travel to Niagara Falls, the Bermuda Triangle, Mu, Egypt and Scotland. New friends such as Webby and Gyro, who would help provide Scrooge with cane upgrades, would also accompany him on his adventure. Duck Tales 2 could have been just as big as the original, but due to the late release date of a system that was going out of date, Duck Tales 2 just would not have the chance to fairly prove itself.

The last game I'll bring up in the Capcom duck trilogy will be Darkwing Duck. Now I wasn't as big of a fan of this show as I was of Duck Tales, but it still was one of those shows that I watched on a regular basis as a kid. The game was somewhat of a hybrid between Mega Man and Duck Tales. In fact according to Wikipedia, this game was literally built off of the Mega Man 5 Engine. Darkwing Duck has the ability to shoot enemies, gain special guns, and spew out the "I am Darkwing Duck" phrase at the beginning of each stage.

The main mechanic in this game is hanging. Everywhere you go, you'll have to hang onto either ledges, switches, hooks, or mobile objects to make progress throughout this game. Although it wasn't anything new for 1992, the hanging mechanic was a pretty welcome addition to this game. Don't quote me on this, but to my recollection Taito introduced this mechanic in The Flintstones: Rescue of Dino and Hoppy a year earlier in 1991. Used mechanic or not, Darkwing Duck was, and still is a pretty damn fun game.

The duck trend was something that I nostalgically hold onto fondly. It was just a really different and odd concept at that time. Cartoon developers targeted us with ducks, of all things. Why ducks? In retrospect, I find it hilarious. Words really can not describe how ridiculous I find this now after all these years looking back on it. It makes me feel somewhat special to have been in that targeted demographic. Video games, cartoons, and yes, ducks made up my childhood. Capcom just helped merge those worlds together for me with the development of these three titles.

My name doesn't matter, what does however is the fact that I love bananas, bongos, bohemian apparel and other assorted things that begin with the letter B. I came to Destructoid to seek fortune writing literature that rivals classics such as the 1851 novel by Herman Melville, Moby Dick. I don't give a damn whether or not you think my work rattles along at classic standards or not, they are all works of art, as much an art as interactive video entertainment games.

Start Of The Affair: Link's Awakening
Feel the Hatred: Mega Man 9
Playing With Yourself: Persona 3

Tingle: a constant in an intermittently mannered world
Start Of The Affair: Link's Awakening 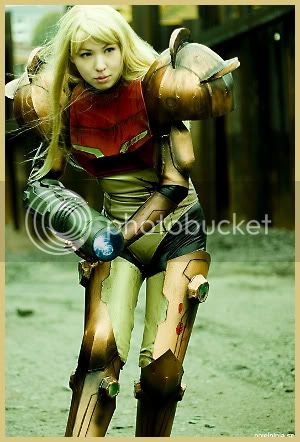 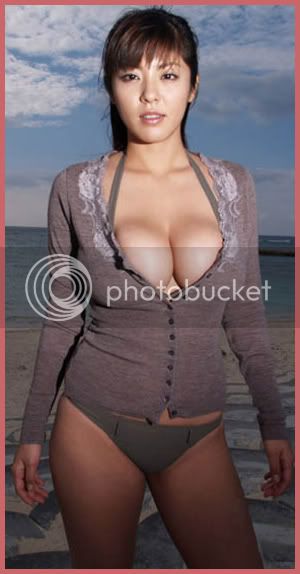