4:23 PM on 05.17.2014 (server time)    0
So I spent the majority of my time writing today. This blog isn't a fruit of that labor because it ended up being a 2,500 word provocative piece that needs to be read over, edited, and conveyed in a presentable manner. It's very passionate and fiery. Now I'm running short on time. I really wanted to post it today, but I'm unable to. Therefore, I decided to write this blog, in order to show you what I could have been doing today instead. In proper self-serving fashion, I'm also mentioning the upcoming feature to motivate myself into continuing my work later.

Maybe you'll never read it because I don't post it. Maybe Y4k will hit the internet with such a fierce resolustorm that every computer explodes. Anyway, this is supposed to be a quick blog so here's every game I mention crammed into one picture. Fuck it. 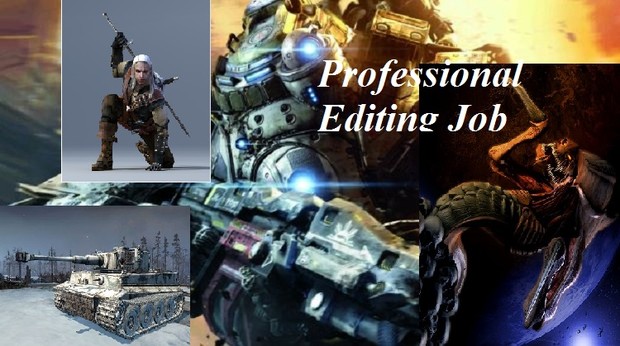 This mortal coil isn't kind to anything that belongs to said coil. It's bad enough that an organism has to die, but frequent disease helps remind people that everything sucks and it gets worse as one gets closer to the spectre of death. I received a wonderful pat on the back from a cold and then it throttled my tonsils so hard that I couldn't swallow without my nerves stabbing me in the fucking neck. I get it. They're swollen. Thank you pain. My attention span is very short, so I'm glad you're constant. Long story short, I hadn't been able to play any video games for a while. Which is fine. I'm getting older, and ever more apathetic. Sometimes I just stare at my collection, sigh, and just transfer my gaze to a YouTube video trying not to drool.

There's also a lot of anxiety in dealing with competitive games. So there's that hurdle I'm becoming too tired to jump over as time goes on. Despite that, I decided to play a few games of StarCraft II a couple of days ago. For those of you who remember, I wrote a blog about how my goal in that game was to reach the gold league in 1vs1. To my shock and horror, I reached that league with my first battle in weeks after having settled into a silver league routine. I have an APM averaging below 60. This is not a tenable situation. I closed the game after that solitary match. If I hadn't written all day, I may have poked my head into multiplayer again to try my luck with my new placement. I'm not sure how I'll do against this pool of opponents, but I've got to bite the bullet eventually.

I'm looking at you IGN and Gametrailers. The Witcher is not a series of games about "Jehralt". I get it. You read shit off a teleprompter or script. Playing the game or learning a little about it would offend your sensibilities because RPG's aren't in your personal wheelhouse. It's just a shame whoever actually played the game didn't mention the fucking dwarf who always greets you by shouting out the main character's name. Or the countless NPC's bumbling around town going, "Ooo, GEH-RALT of Rivia!" Or the character himself saying, "Hey, I'm GEH-RALT of Rivia, I lost my memory, but I still fucking know how to pronounce my name." Ahem. At any rate, I've been playing through the Witcher series in anticipation of the Witcher 3. I've played these games before but I thought I'd freshen up. I could have continued my slog through the swamps of chapter II in the first chronicle, but I guess GEH-RALT will have to wait.

3. Screaming Simulator
�
I still have Company of Heroes 2 installed in my library. There's an expansion coming, and if I can swing the cash for that, I'll probably continue playing with renewed vigor, especially if my war buddy continues to back me up. However, I haven't touched much of it in the past few weeks, and I suppose I could have popped in for a match or two today. I have to admit though; I'm getting tired of hearing Russians and Germans screaming at the top of their lungs. Maybe a good old American accent will be more refreshing. Remember the original Company of Heroes? The engineers had a good, take no shit, Brooklyn style of talking.

4. Jackboots are made for Wallrunning

I could have played some Titanfall instead. I haven't really touched this game much in recent weeks either. As fun as the game can be, it gets long in the tooth after a while. There just isn't enough to keep me invested aside from the entertainment factor. I feel like Titanfall is the video game equivalent to a fireworks show. Maybe I'll let a few more rockets fizz off into the sky later.

Have a good one.
#General-Opinion/Editorial
Login to vote this up!