11:55 AM on 09.13.2012 (server time)    0
Elsa mentioned that she would like a review of Left 4 Dead. If anyone has earned the right to command the zombie who is Orwell (who is me), it is Elsa. Considering her years of service to this old, shambling Destructzord we call home, I have decided that she must be promoted. Stick around after the review for an awards ceremony for the zombie who is Elsa.

This game is glorious. As soon as you start, a talking helicopter informs you that you must proceed to Mercy Hospital in order for rescuing from zombies to occur. (This is particularly devilish: get the humans' hopes up just before the zombies eat their filthy heads! Clever, Valve!) And unlike many other zombie games, in this one you are not alone. You have a team of humans whose hilarious, screaming deaths you must orchestrate.

There is an oddly unrealistic zombie who operates much like the Scorpion character from a human videogame I once saw. The Scorpion screams "I WOULD LIKE YOU TO COME HERE PLEASE!!!!!!" while he shoots a tractor beam wire at his opponent. In Left 4 Death the scorpion-like zombie doesn't yell anything, but he shoots a fleshy chord that pulls you to him. This seems like a good strategy for long range combat. Perhaps we can develop this technology. Somebody reading this: please develop. Your leader commands you.

Another thing I quite like about this game is the speed of the zombies. Never before has such speed been witnessed. Even I, the world's most Orwellian writer, struggle to maintain a slow jog. But the zombies in Left 2 Die can move at a dead sprint for half a mile before their hands start shaking. Let this be an inspiration to us all. More exercise means we can catch more athletic humans!

There is a zombie called Boomer who explodes and covers the humans with toxic acidy stuff. Although 'tis a hilarious way to die, I'm not sure how easy it will be to fill ourselves with. Seems like an unnecessary zombie casualty. 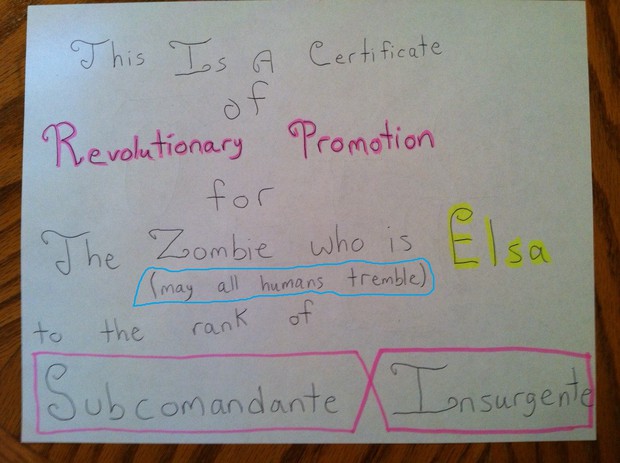