What's in a name?

4:47 AM on 01.27.2013 (server time)    0
My girlfriend started Dragon Age: Origins over the weekend. I was hovering in the living room and noticed that she opted to name her female human noble 'Cherrie'. Before she could finalise her choices are stopped her.

'You know that Cherrie is the French spelling of Sherry? Well, the in-game analogue of France, Orlais, invaded and occupied Ferelden for 100 years. There is no way a member of the Ferelden nobility would take such a name for his daughter. I think you should reconsider.'

This seemed to annoy her, and she sarcastically asked why the name i used for my Warden was any better. Even though she didn't want me to answer, i did anyway, because i'm quite proud of it.

Many human characters in Dragon Age have names taken from Celtic mythology. Morrigan being a prime example. In legend, she is a goddess of war, strife and sovereignty, and is said to take the form of a crow. 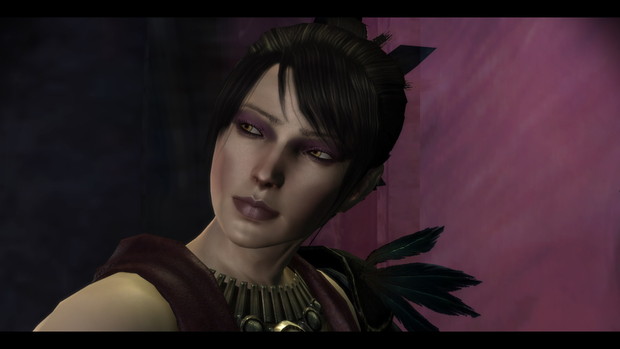 In the game, she is shown to have had a very tough upbringing (strife) and her position as an apostate and general hater of the Chantry demonstrates how much she values her independence. Sovereignty. Also, notice the black feathers on her shoulder.

So knowing this, i gave my male human noble the name 'Taranis', who was the Celtic god of Thunder.

I made sure to always equip his primary weapon with a lightning rune, and as the god is usually depicted as holding a wheel, i went with a 'sword and board' build, to emulate the look.

Also, and this is what i was most proud of, a lot of old Celtic coins had wheels on one side. And nobility tend to have quite a lot of money.

She concluded that i was insane to put so much thought into it, but it made me realise just how much i enjoy really thinking about the game world and choosing a name that not just fits it, but also the type of character i want to build and role-play as.

I'm about to start Divinity II and am currently racking my brain in an effort to come up with something. It has become a big part of the rpg experience for me. Even though the game will always refer to me as 'the Warden' or 'Shepard' or 'Vault Dweller', i always get a kick out of seeing my perfectly devised name on the character screens.

I guess i'm wondering if anyone else takes it this seriously.
Login to vote this up!