10:34 AM on 10.11.2012 (server time)    0
Believe me when i say that i am aware of just how sad this headline sounds and that i am quite sure that nobody cares how (relatively) high i have managed to drag the virtually meaningless number attached to my gamertag.

However, achievements have become a big aspect of gaming, and they have left an indelible impact on this generation. Sometimes for good, sometimes for bad. This is a little look back at how achievements have punctuated, and in some cases genuinely enhanced, my gaming experience over the past 4 years.

I didn't get an xbox until the 17th August 2008. I know because the first game i played was Mass Effect, and the timestamp on the Distinguished Service Medal says so.

I wish i could say that it was a special moment, but in reality, when the notification popped up i had no idea what was going on. The experience left me a little confused and ultimately wasn't very satisfying. Much like my first cigarette, so it's just as much of a wonder that i got so into unlocking achievements as it is that i'm a smoker.

Hopefully the rest of this list will shed some light.

Some Achievements Are Perfectly Named.

This is the aspect of achievements that has brought me the most joy. A cleverly named one is like a taunt to me.

They can even make games that aren't fun seem more enjoyable. One of the biggest letdowns of this generation was Aliens versus Predator, but i couldn't help but smile when, for killing five enemies with one burst of the smartgun, up popped Let's Rock.

War For Cybertron featured a multiplayer achievement entitled Wait I Still Function! which is one half of my favourite quote from the 1986 film. I didn't like the game's multiplayer at all, but i played it anyway because i had to have that on my list. 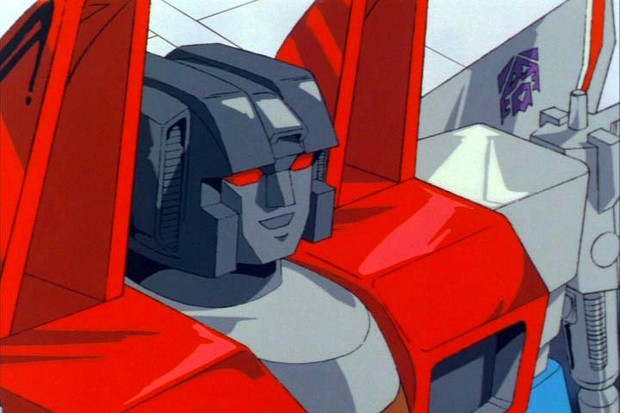 Treyarch's Quantum of Solace may have the most perfect achievement list of all time. Each achievement is named for a Bond film, or a famous line from one, and they are (mostly all) actually relevant to the task required to unlock it.

Any Thug Can Kill - In Casino Royale, reach the spa room without alerting or attacking the guards; He's Playing His Golden Harp - Melee the player with the Golden Gun... i had to have these on my gamercard. Which brings me onto:

When Games Make Fun Of Me. I love it when games use the achievement system to poke fun at those who play on the easiest difficulty. Force Unleashed II did something similar by using Jar Jar Binks as the achievement graphic for beating the game on Easy.

The pursuit of one achievement in Call of Juarez: The Cartel led to one of the most embarrassing moments of my adult life. There is a level set in a strip club with actual nudity, and there is an achievement called �Peeper� which you get for watching one of the dancers for thirty seconds.

I wasn�t sure i was in the right place, so i decided to count the seconds in my head, and to help time it i jumped every second, which brought the dancer�s womanly splendour to eye level, and obviously this thirty second window would be the exact time my girlfriend and a couple of her friends would walk in.

Thankfully i was in the right place and the achievement notification popped up shortly after they barged in, so it was slightly less awkward than the time a previous girlfriend walked in on me unlocking Bully: Scholarship Edition�s �Over the Rainbow� achievement. Alpha Protocol is one of my all-time favourite computer games. I love everything about it and have played through at least 6 times.

I've played it stealthy, i've played it all guns-blazing. I've aligned with Leland, and i've told him to go f*ck himself. I even let the ex-Stasi agent rape me on one playthrough... but there is one thing that i just cannot do.

I can't 'alienate Steven Heck'. Not even for 5 gamerpoints.

For those that don't know, AP is a bit like Mass Effect, in that you get to choose how you wish to speak to other characters and make decisions that affect the plot. In Taipei, you meet a contact named Heck and there is an achievement for making him dislike you.

But how am i supposed to knowingly make a guy dislike me, who when asked for assistance in a mission in the Taipei underground, delivers said assistance in the form of a gattling gun crudely mounted on a subway carriage?

I just can't. I also cannot harvest the Little Sisters in Bioshock. Sometimes not being able to do something, even though you will be rewarded, is a reward in itself. I love Steven Heck so i wont be mean to him, and i'm not a monster so i wont kill any little girls, and i don't have a little badge on my profile to prove it.

You don't get to 100,000 gamerscore without going out of your way to mop up a fair few incredibly easy achievements. This all came to a head for me on the night of December 1, 2011, when i bought the Who Wants to be a Millionaire xbox arcade game, and there was an achievement for getting the very first question wrong.

I couldn't believe that i did something so degrading just for a measly 5 gamerpoints. It would be different if it was worth 20� but as it was, afterwards i felt like a crack addict that had to do unpleasant things to secure his next hit. Like sucking off unsavoury characters in a car park, or something.

I recall being really disgusted with myself, and made a promise that from then on, i would only actively attempt to unlock achievements that are awarded for skill. Like beating every stage on Sonic Generations with an S rank (which i did several days later).

It wasn't exactly kicking the habit, but i told myself that at least that way it was more like breaking up an exchange between drug barons and stealing a suitcase of cocaine than fellating a 2-bit dealer for a tiny little bag of heroin. And darn it, i have stuck to this resolution to this very day.

When It Actually Feels As Though You've Achieved Something.

As meaningless as they are, sometimes unlocking an achievement means you can do something that a lot of other people can't. According to TrueAchievements.com, i'm one of a mere fraction of Rocksmith players to successfully hit 750 consecutive notes.

As silly as i've felt doing, and getting caught doing, ridiculous things to enhance a stupid number, this felt good. There is much to enjoy about the mechanic, and i'm unashamed to be so into it.
Login to vote this up!