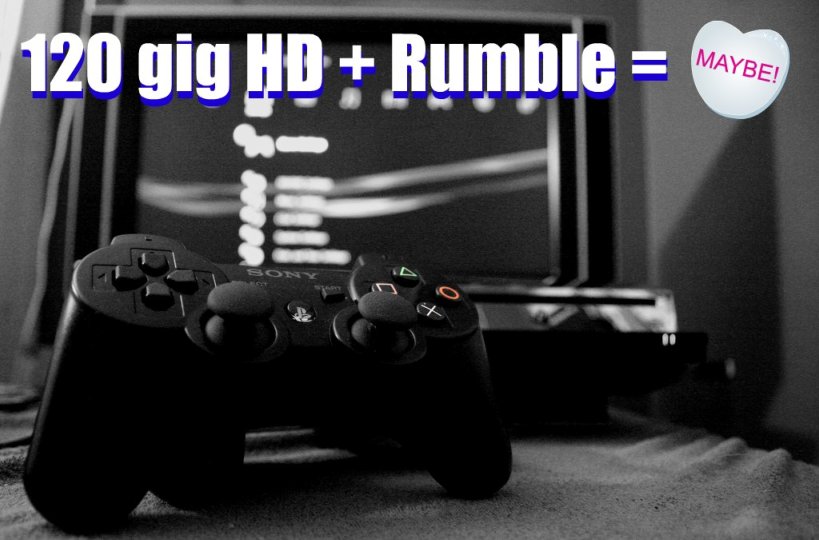 20GB, 60GB, 80 GB, 40GB and now throw 120GB in the barbie for Sony. According to a Gamestop Conference call Sony does indeed have this new SKU coming out. No specific dates as to when it hits, most likely after the 80GB have been completely liquidated. Also no confirmation from Sony as well. Just like when they said "No Comment" on the 80GB's demise.

This is what Insiders had to say:

We've been tracking the recent reports of the demise of the 80GB PS3 since the news was released late last week. While the rumor that the 80GB system was being phased out of production appeared to be confirmed by its apparent disappearance from the Best Buy website, other retailers still listed the system in stock. However, the rumor persists, particularly from multiple sources that contacted IGN to inform us that a Gamestop conference call confirmed that the system is no longer being made.

According to our sources from a number of GameStop locations, the system will be similar to the 360 with 120 or more gigabytes of hard drive space, as well as a Dual Shock 3 controller. There was no official date on when this new system would reach store shelves. This information appeared to follow up with that of a recent Ars Technica piece, where a reporter claimed a 120GB system with a Dual Shock 3 controller would be replacing the 80GB PS3.


We contacted Sony with this news, and received the following statement from a representative, "We don't comment on rumors or speculation. Any rumors on separate PS3 configurations or package arrangements are just that -- rumors and speculation"


Uh huh..I just have two questions...Will it have Backwards Compatibility?? And what of Price?? Stay tuned.