A Call For Games To Take Their Fantasy More Seriously 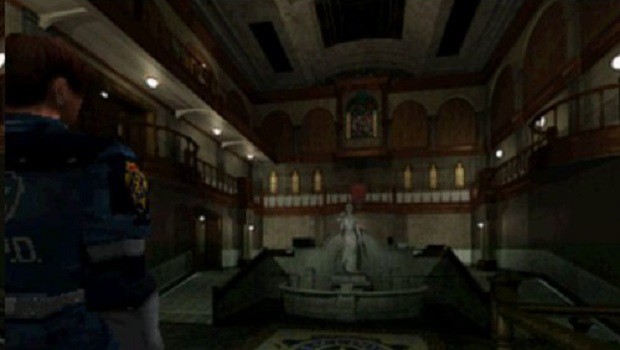 The same problem exists on a micro level too: why, in Xenoblade Chronicles (a game I love, incidentally), do the requests for rebuilding materials for one important side-quest bear no relation to what is being constructed? Okay, so it would be ludicrous to ask the player to ferry about hundreds of bricks and gallons of cement at a time, but if (for example) the project in question was the building of a house, could the architect at least ask for - say - a certain kind of rock and some kind of adhesive substance, rather than six feathers, three blades of grass and the hide of a mountain wolf?

Here's another: how many games highlight important locations with floating arrows, or circles of light, rather than attempting to communicate with the player through less conspicuous, illusion-breaking means? Again, such a criticism might appear pedantic in the extreme, but it's emblematic of the kind of shortcuts taken by game designers spanning the entire medium. David Lean didn't put a glowing arrow over Omar Sharif's head to mark his character's entrance in Lawrence Of Arabia, he subtly constructed the image to draw the viewer's eye to a certain point on the horizon. Assassin's Creed, on the other hand, lays down glowing cones of light to guide/force the player along a certain path, rather than finding a more appropriate method of direction. Considering how few game spaces are designed to be logical in their own right, the deployment of such techniques is nothing short of shambolic, illustrative of a medium lacking the communication language of the illustrious peers with which it so often demands equal billing.

Fiction works when it is based around a set of recognisable, relatable rules in logic and presentation. In taking such shortcuts, gaming is underselling its own capacity for telling stories and building worlds, with the medium being more suited to excelling in the latter category than any other. In gameplay terms, tighter design consistency allows more effortless communication with the player, in turn leading to more satisfactory experiences. If an enemy's weak spot has been arbitrarily decided, the player is merely following an order to quickly overcome an obstacle. The success is not theirs. If the enemy's weak spot is a logic extension of their design - shoot a bird in the wings to ground it, for example - then the player is able to gain greater satisfaction from being able to work out and implement the solution for themselves.

The same is true for all areas of design: an environment created solely for the purpose of hosting developer-set tasks will never be as inviting or fulfilling as one where the player feels part of a fully realised world. One of fiction's many pleasures comes from the redeployment of the familiar in exciting new ways: fantasy with its roots in medieval history, for example. If the seams are so obvious as to appear unreal, be it through illusion-breaking methods of signposting or nonsensical architecture, the user's relationship with that world can only operate on the most superficial of levels, as little more than an external participant in a game, rather than explorer of a new world. This matters less in abstract spaces (hence the mad construction of the Aperture labs being so much easier to accept, for me, in the barebones Portal than its narrative-driven sequel), but even the most far-fetched imaginative space must be defined by a set of rules clear to both designer and player. While Mr. Thomsen's snippiness in his critique of Dark Souls is uncalled for, if games are ever to be taken seriously as a worthwhile cultural endeavour, it is about time they started to take themselves more seriously as well.

What ho, Dtoiders! If you're so inclined to read more of my strange ramblings, you can follow me on Twitter (I'll follow you back, just mention in the comments if you go tweet under a different username), get updates from my blog on Facebook and, of course, be sure to pay a visit to Flixist as soon and often as possible! Thanks for reading!
Login to vote this up!