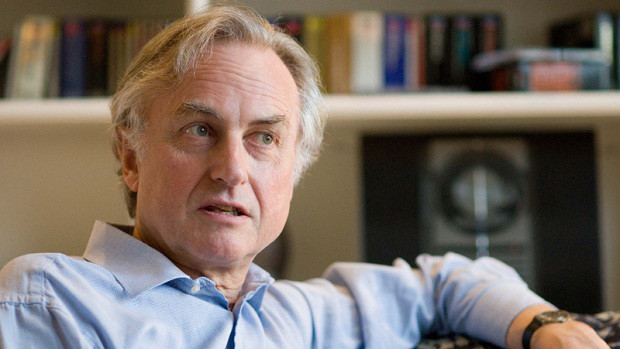 Richard Dawkins, author of upcoming book 'The Cratest Show on Earth: The Crates For Evolution'

Professor Richard Dawkins has called this new religion 'ridiculous', but refused to reveal what he found when an open crate was found outside his house. A Cratetionist insider has posited that it clearly wasn't "a life". Churches, unstable structures built by piling crates on top of one another to form a rudimentary cathedral, have sprung up across the world and been the focus of several hit videos on internet site YouTube.

Online competitions to see who can create the most elaborate constructions are growing in popularity, with current front-runners being users Xzyliac, who erected a five-hundred foot tall cast of British singer Elly Jackson's face (including a two-hundred and fifty foot quiff), OhioCalvin, creator of modern art installation 'Crate descending a staircase', and JuZt4L0lz, who arranged over fifteen thousand crates into the shape of a urinating phallus that is believed to be visible from space. In a statement made shortly after Mr. JuZt4L0lz's creation was completed, world governments announced that impending contact with at least three alien civilisations monitoring the Earth had been cancelled for undisclosed reasons. A representative of the Carrington Institute, an organisation dedicated to cosmological observation, expressed dismay that people couldn't put the crates to more mature uses, such as the blocking of sliding doors.

There has even been one reported case of an inventive employee using an available crate in an attempt to escape his workplace early:

The attempt proved unsuccessful when the employee was apprehended and given a severe reprimand by his Big Boss.

The crates have also proven a nuisance for military installations across the globe, with base guards being given explicit instructions not to interact with them in any way after several datapads containing door access codes and computer passwords were left lying on top of them. "They're just so convenient," said a soldier, "The crates just sit there, looking so bare with nothing on top of them. Besides, it's human nature to want to leave vital information lying around for anyone to find. I'm more concerned at the number of crates that are being dropped on my fellow guards' heads from a great height."

The arrival of crates near military bases has led to a 528% increase in infiltration attempts, which have included crates being thrown through windows, used to ascend watchtowers or as a landing pad for jumps off high buildings. Over three quarters of these attempts have been attributed to various strange men, notable for their fashion of wearing sunglasses at night. When asked about these statistics, one such man simply expressed: "What a shame."

Runs In The Family

E For Effort: Red Steel
#Community    #OpinionEditorial
Login to vote this up!

I'm a 26-year old English writer, formerly known on the CBlogs as Xanda�a. I've been an avid gamer since I was a wee lad, gripping a NES controller in my hands and comprehensively failing to get past those infuriating Hammer Bros on Level 8-3 of Super Mario Bros. I've stuck with Nintendo since then (not for any animosity towards the other console makers of course - Nintendo just make games I enjoy and have grown up with), apart from a brief sojourn with a Sony PlayStation, several woeful attempts to play Half-Life 2 using a laptop touchpad and sporadically wrangling a turn on my sister's beloved Sega Saturn.