10 things you didn't know about Wrenchfarm 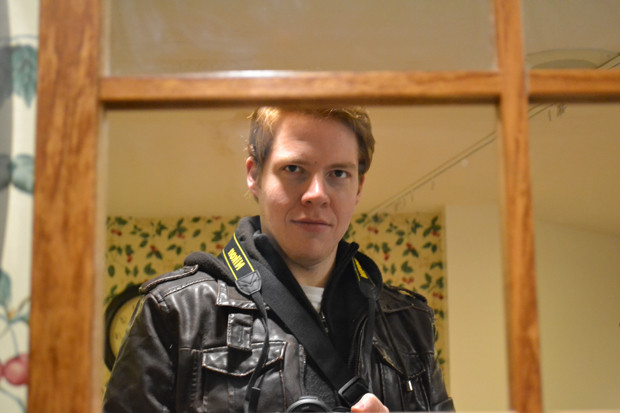 I've always had an interest in photography. It's the gear. All those lenses, bags, tripods. The finely engineered parts. The oh-so specific dials and buttons crammed all over the surface of a modern DSLR. The stage setting, lights, filters. I just love that kind of thing. So after years of lusting over camera magazines and forums, I finally took the plunge last Christmas and got one a nice entry level DSLR using my tax return. I was so excited when I got it.

But boy are those things complicated.

It turns out I love all that technical wizardry when it's being demonstrated or talked about, not so much when I'm actually expected to do it. For someone who was so into it at a distance, it's shameful how little I've used it. Hopefully by sharing this with some of my Dtoid bros I'll feel the necessary guilt to man up and learn how to work the damn thing.

9. I went through a voodoo phase.

Straight up, there were a few months in there were I though voodoo was the coolest shit in the world. Not in a practising "true believer" way of course, I just loved the ideas.

Grave dirt collected in the dead of night, lucky coins tucked neatly into mojo bags, and this weird blending of Catholic imagery and ancestor worship spiritualism. That stuff is bananas. Interesting in both an intellectually stimulating anthropological way, and as great B-movie pulp material. I am genuinely surprised you don't see more of its imagery or ideas in games (other than Shadow Man for the N64, but that game sucked).

When I saw there was going to be a witch doctor/voodoo-esq character type in Diablo 3 I flipped my shit. Jokes on you Blizzard, I was already going to buy Dialbo 3. You didn't have to go to all the trouble just to make a class for my dollars, suckers.


10. Dtoid is the only online community I've ever really been a part of.

I am a chronic lurker.

I've frequented several forums and communities over the years, but I've always somehow avoided actively participating. Not sure why. I don't like repeating what other people say or the tiny short replies that typify most forums, so maybe that has something to do with it. Mostly though, I'm just not very social. It was very nearly the same for Dtoid. I lurked under a different account here for more than a year posting the occasional comment. Not really sure why I took the leap to actually start participating, but I'm glad I did.

The only other places I've racked up any kind of post count or casual familiarity in where the City of Heroes and TF2 fourms. After 5 years of constant CoH play I managed to rack up maybe 2000 posts – mostly on-topic to defending and blasting and masterminding. I was pretty well known on the Heavy sub-forum for TF2, but eventually got sick of it after hoards of cry babies and the misinformed invaded when a few patches had the audacity to make the Heavy more viable.

I've certainly never stuck with a place for more than a year and written multiple blogs and made actual friends with other members like I have with Dtoid. I don't just say it to flatter the community, Dtoid's C-blogs is home to some of the coolest people and best content on the net.

This place is the tits and posts like these are what makes it great. Thanks for starting the meme-wave Bbain!
Login to vote this up!