7:57 PM on 07.02.2010 (server time)    0
Despite what non-conspiracy theorists may say (let's call these people 'crazy'), Russia is waiting to attack America whenever we least expect it. The Soviet Union may have collapsed, and Russia may be an 'ally' of the United States of America, but this is just a trap! Obviously they're waiting to spring their Robo-Bearsharks on us and invade. Well, it's obvious if you've been watching any movies or playing any games for the last few decades.

Russia has been the antagonist of many movies and games for the longest time, and they are still the big baddie of a lot of our games to this day. When America needs an enemy for our stories Russia is our Cinderella, fitting the role perfectly. The truth of the matter though is that Russia is not capable of really attacking America anymore. This is the 21st century and you'd think that we'd be past the 'Red Menace' mind frame of the last five centuries. Sure, we've also let Germany take Russia's place at times, but the Germans have a much better deal in this than Russia does.

How many games have you played where you fight a German army that isn't full of Nazis? Probably very few. Now, what games have you played that show Russia attacking us even after the dissolving of the Soviet Union in the 90's? If you've played Modern Warfare 2 then that would be a great answer, or Singularity. I mean, there's Ghost Recon Future Soldier as well and many others. 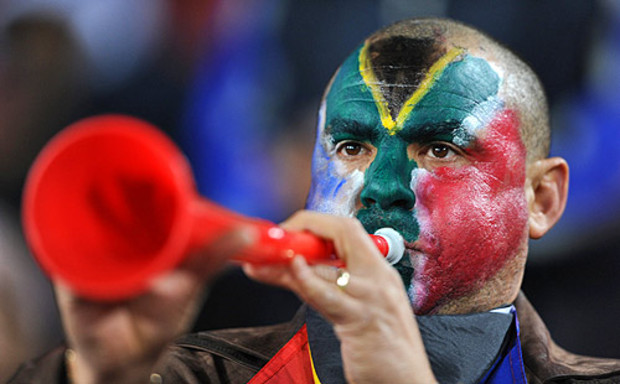 I propose an army of satanic vuvuzelas that terrorize World Cup matches.
#Community    #OpinionEditorial
Login to vote this up!

Hey there fellow Dtoiders. I'm Nick, and am 17. I've been on this site for a very long time but have just now gotten around to posting blogs and such. I've been playing video games since the age of 3, starting out with the N64. I'm an avid writer and write stories on other forums for fun, and I also play a little guitar. Scratch that, I've lost all guitar ability over the past few months. I now do nothing of interest.

I've usually been a Nintendo and Sony loyalist but I chose the Xbox 360 over the PS3 this generation. I do have a Wii though. Basically, I like all the consoles and have no crazy devotion to a single machine. I've always wanted to get into PC gaming, but I just don't have the hardware.

Consoles I Own
(In order of oldest to the most recent)