Better With Age: The King of Fighters 2002: Unlimited Match

I first got into the King of Fighters series after picking up Capcom vs. SNK 2 from the used bin at my local Blockbuster Video and getting my first real exposure to the SNK roster of fighters. I had played some shoddy ports of SNK fighters on SNES, but I had never got any real exposure to SNK's A-list games until that point and only vaguely knew they existed. When I bought my first Dreamcast in 2002 it came with a copy of The King of Fighters '98 and since I had already turned my friends on to fighters with CvS2 we were all ready to get into SNK's first "Dream Match" fighter, which brought together all the top fighters from the previous KoF games and focused on gameplay over story development. 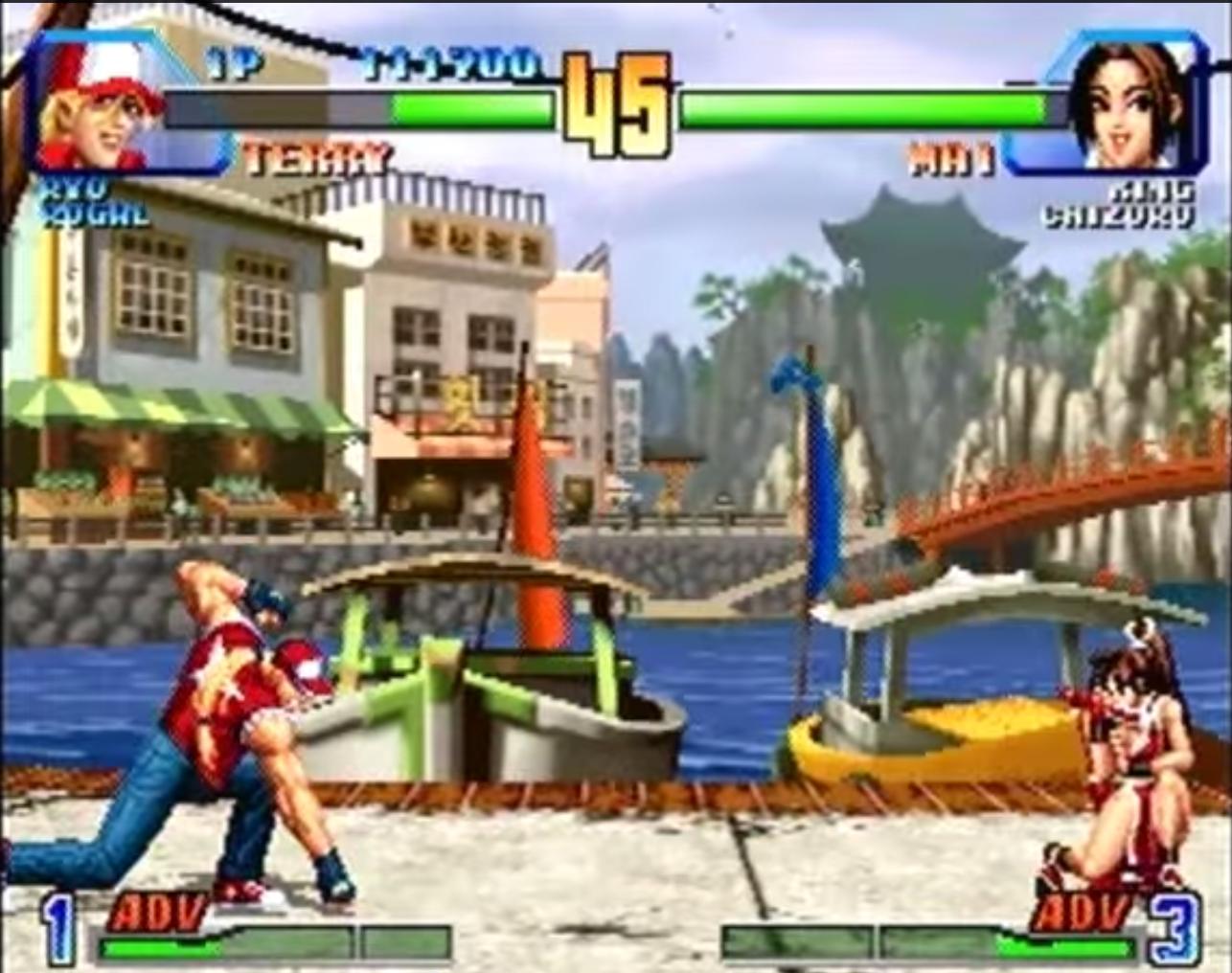 The King of Fighters '98 on Sega Dreamcast

None of us were very good at fighting games, and I was definitely the most enthusiastic fighting gamer I knew in my rural Canadian hometown, so we didn't have much of a chance to improve, but we could easily understand the appeal of KoF. Even in 2002 the sprites looked dated, but like most SNK games they were big, colourful, and masterfully animated. What's more is that most of the fighters on the huge roster had enough character so that everyone could find their own favorites. We tried out the other KoF games in the "NESTS saga" (KoF '99, 2K, 2K1) but while they had some cool characters, great art, and a striker system which was at least interesting, none of them matched the fun we could have with KoF '98.

Then one day I heard on the Shoryuken.com forums that KoF 2K2 was coming to the Dreamcast and I did whatever I could to get a copy. This was in the summer of 2003, and my friends and I had just graduated from high school. We spent plenty of long summer afternoons that year playing KoF 2K2 until our thumbs were worn raw by the sharp edges of the Dreamcast controller. The usual matchup was my Kyo versus my friend's Athena - close-up rushdown versus mobility and projectiles. We also spent plenty of time on GameFAQs learning about the intricacies of the game's complex fighting system, even if our execution was never great. 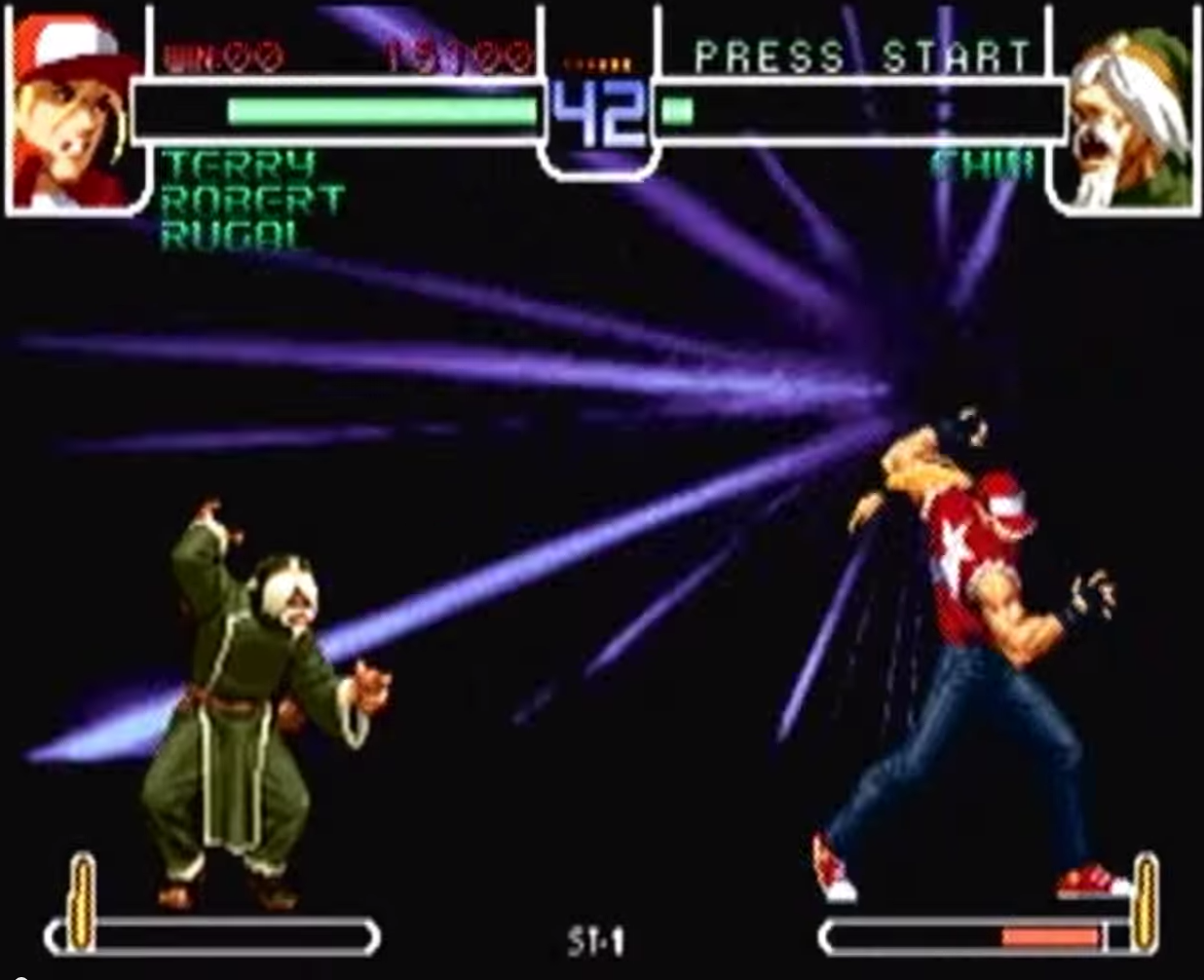 The King of Fighters 2002 on Sega Dreamcast

There is a ongoing debate over which of the "Dream Match" games, '98 or 2K2 is the better fighter, but for someone of my skill level who belongs in the "long tail" of fighting gamers who love the genre more for its look and feel than the finer points of competitive play, the question really comes down to the rosters found in each game. It's true that KoF 2K2 is missing the goofy "Sports" team from '98, but it more than makes up for it with a huge swath of additional characters from the NESTS years. The badass main character K', his Canadian cyborg friend Maxima, his whip-wielding sister...Whip, and his loli ice casting girlfriend Kula, are just some of the cool additions. On top of that you get both the new Kyo and his old "schoolboy" style in the form of "Kusanagi", a midboss from the game. Both forms of the character play differently and offer a lot of variety to Kyo fans like myself. KoF 2K2 has so much depth and variety that it's easy to just start up the VS CPU mode and lose a few hours playing against random opponents.

Six years later (2009) The King of Fighters 2002: Unlimited Match was released for PS2, and as I was living in Japan at the time I was quick to pre-order it from Amazon.co.jp. Where I had played 2K2 with my hometown friends, I got into 2K2: UM with my girlfriend, who was an Iori fangirl when she was younger. Unlimited Match added some cool character art, access to the NESTS boss characters, new 2.5D backgrounds, and best of all some rocking remixes of classic KoF tracks. 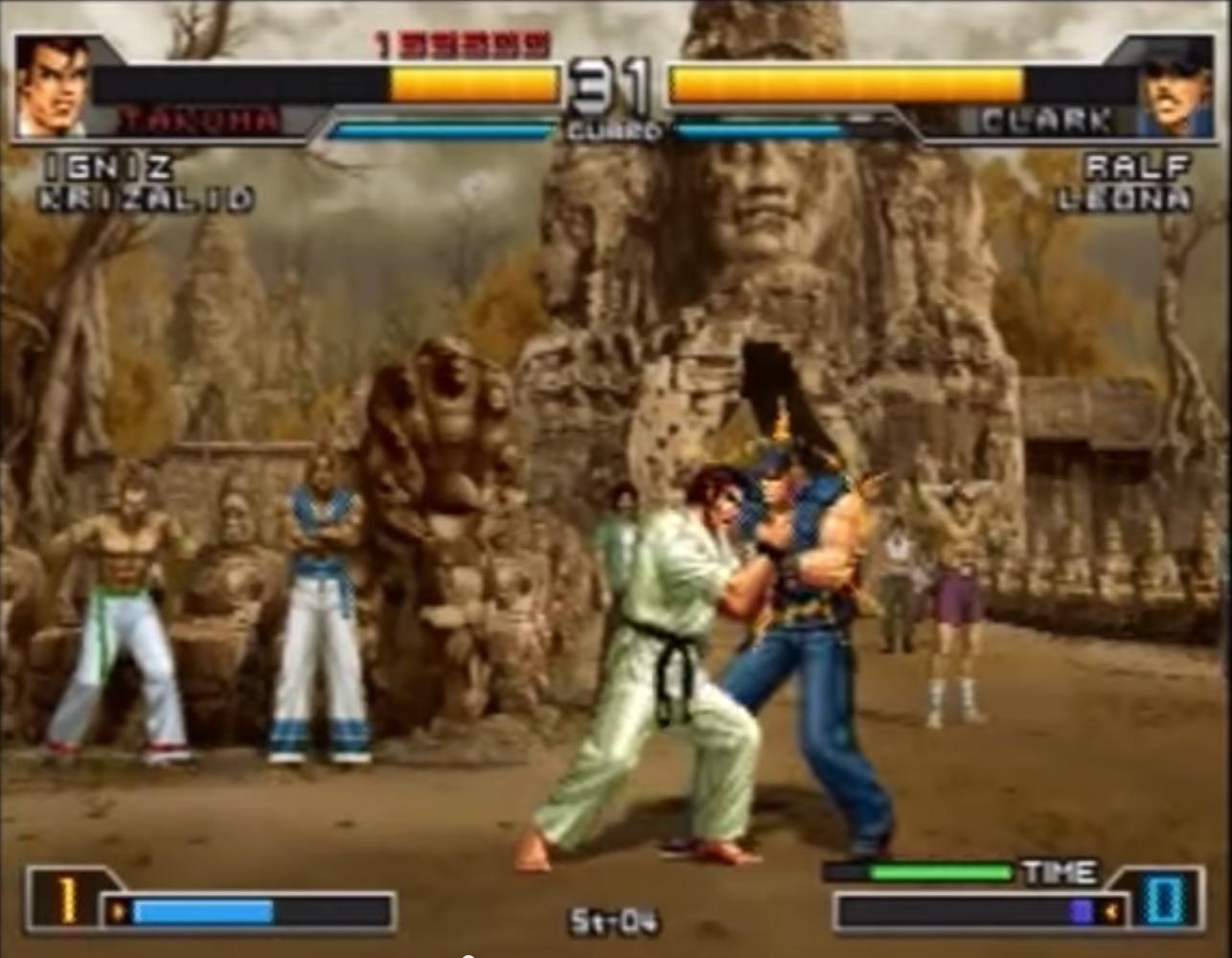 The King of Fighters 2002: Unlimited Match on Sony PS2

Unlimited Match was already tugging at my sense of nostalgia back then, but when I recently found the game for sale on Steam I really started to get those feels. In the years since the PS2 release I have spent most of my fighting game quality time with the Blazblue series, since its offline modes offer a lot more to scrubs like me who will get destroyed in online play, but I still kept up my love for SNK. In that time I managed to grab a NEO GEO PAD USB by Exar, which updated the classic microswitch-based NEO GEO CD pad design for the PS3, but still works great with Windows 8.1 (I'm actually a part time Linux gamer and sadly have to say that the pad doesn't work at all under Linux) and this gamepad really bumped up the old experience that much more. It's a lot easier to pull off an Orochinagi with an 8-way microswitch d-pad than with the agony inducing Dreamcast d-pad (As much as I love the Dreamcast). 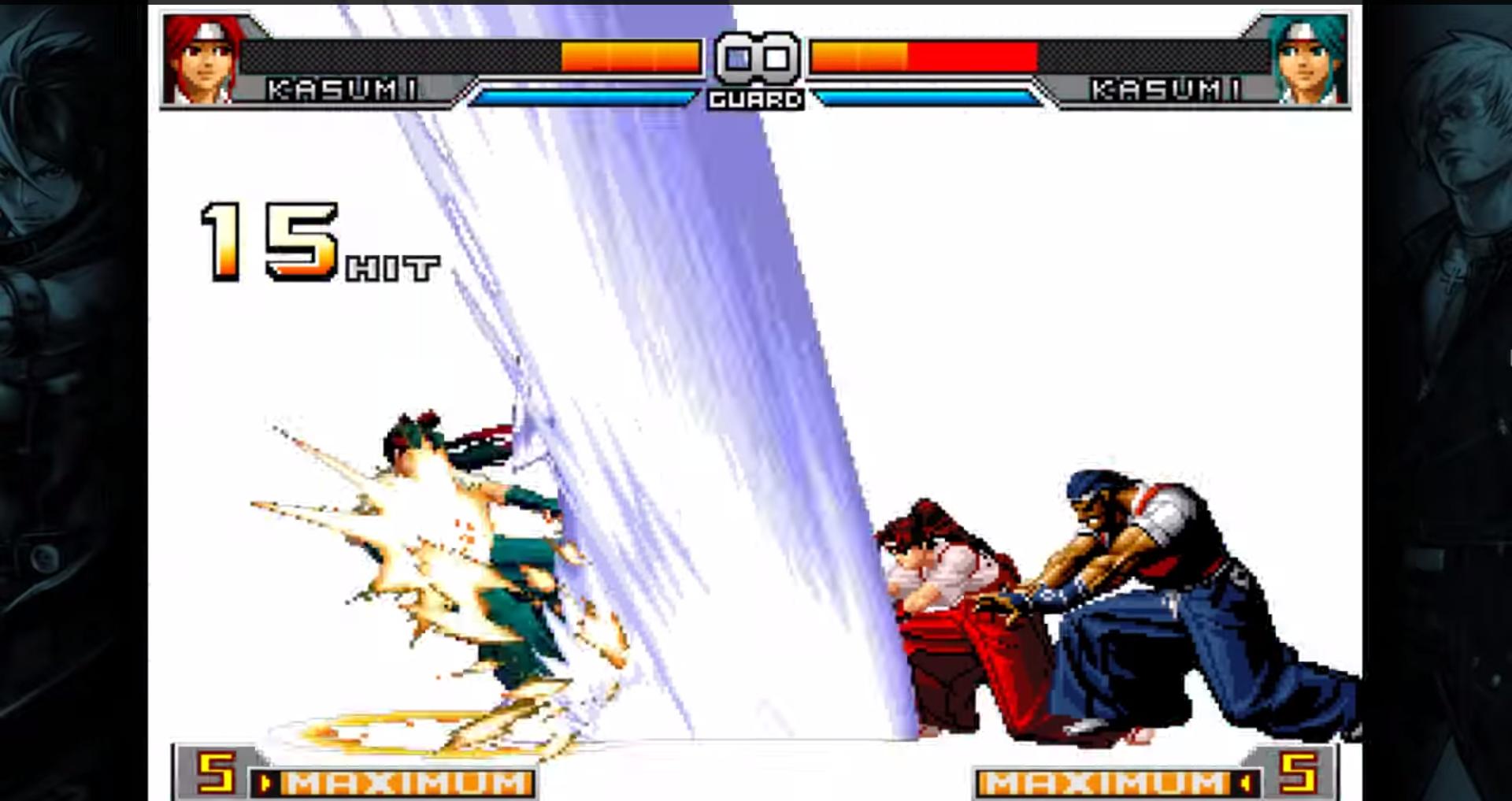 The King of Fighters 2002: Unlimited Match on Steam (Windows)

These days KoF 2K2: UM is bound to be compared to its much flashier descendent KoF XIII. I can't tell you one way or the other which is the better game, especially because I love them both and always enjoy watching the KoF XIII tournament at EVO, but for whatever reason KoF 2K2: UM, and not XIII has been my pick up and play game for the last few weeks. Whether or not you played the game back in the arcades or on the Dreamcast, I definitely recommend KoF 2K2: UM as a game that has gotten better with age and one that is well worth a try.

I am a long-time gamer into a wide variety of games, but I mostly do Let's Plays of SRPGs over at my YouTube Channel.