The Agenda: The Ring of Pandas

Over the years I've heard much about mythical "panda rings." I have been told game developers hand them out to certain groups of people to get them to buy their games. I imagine this is why you hear about about Bioware giving "panda rings to the faes" so much. Everyone at Bioware seems to be keen on fairies, making me a key demographic.

I had heard, especially from talk radio pundits - who would never say anything to get attention and the support of people - that those that obtain these panda rings get undue attention at the expense of the majority of people and these ring-bearers get all they desire. That made these rings sound really awesome.

After much searching and many inquiries I was able to obtain one of these coveted panda rings. I was excited to slip on this panda ring onto my finger and abuse such power. The world would be my oyster, everyone would proclaim me their queen and I would be wed to Evangeline Lilly and Zoe Saldana.

Nothing happened. No throne, no wives - not even any pandas.

At first, I thought something might be wrong with the ring. I gave it some thought and theorized that maybe since Bioware, Bethesda, Obsidian Games and other select developers handed these rings out I should play their games. Perhaps then the powers of the ring would activate and give me all that I desired.

So I played the Mass Effect trilogy, experiencing the life and battles of Commander Shepard and her allies. One might assume since I only date women in real life that I might make Shepard a heroic lover of women just like me, but no, I like to roleplay a very opportunistic and tempermental bisexual. A little Paragon here and Renegade choices when people cross me. Kind of like Han Solo except I don't turn dumb later in the trilogy.

My love life in the first game was... well... there wasn't one, to be honest. It seemed like Kaiden and Liara were my only real options. Kaiden was annoying. Liara was very pretty, but also painfully naive and boring. Aside from that mind-meld thing she did to me, I couldn't stay interested in her. Ashley wasn't interested in me and when her racism wasn't pissing me off, her voice was grating on my last nerve, so when the time came for a noble sacrifice I left her with Saren's bomb.

Kaiden might be whiney and needy, but at least he's useful and not a racist. 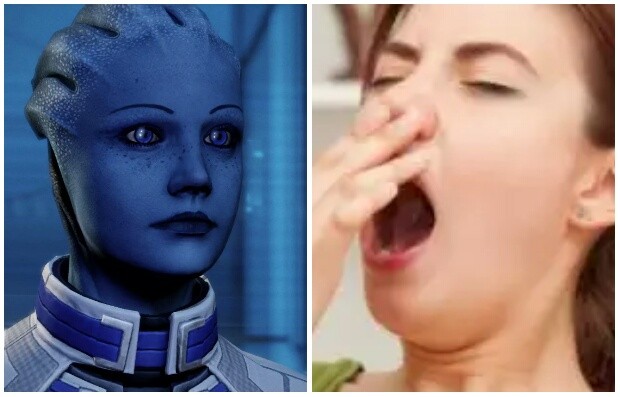 Anyway, I saved the Citadel and the Council from Saren and the Reapers, then moved on to Mass Effect 2. I died, was resurrected by Cerberus and went off on a journey to track down The Collectors that had previously killed me and wrecked my ship

Miranda was among the first people I met. She wasn't interested in me. Jacob was with her. He was never interesting. Jack wasn't interested in me unless she was threatening me. Samara, however, was totally my type. She was wise, experienced, gorgeous, honorable and commited to her duties as an Asari Justicar. I brought her on every mission I could. I love a mature woman in uniform and she had more than a few centuries on me!

We got to know each other really well, so I eventually made my feelings known. 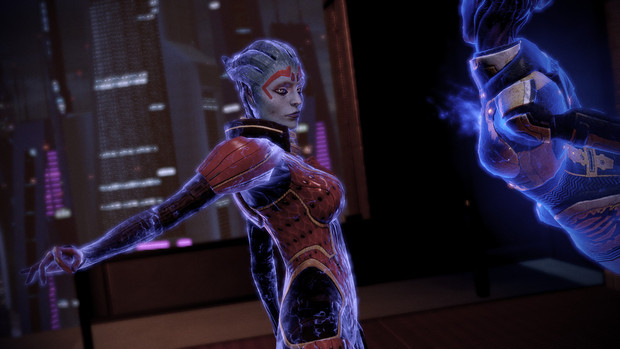 She turned me down. I was crushed.

So, out of options, I turned to Thane Kiros. He was like an amphibious Adam Jensen and he was mysterious to boot. It didn't really go anywhere, though, mostly because he had that terminal illness and a life filled with regrets. I comforted him as best I could and I think we just ended up as really good friends. I had to get a private dance from Kelly to get my mind off all his depressing stuff.

In the end we all survived the suicide mission against The Collectors, but Kelly was turned to goo for Reaper parts. Still nothing from the panda ring, even after all that.

In Mass Effect 3, I had a chance to get caught up with Thane, at least before he was killed defending a politican from a space ninja. After that I was single again, but I did avenge him by skewering that ninja later on.

Over the course of the game my replacement for Kelly, Samantha, turned out to be rather interesting, fun and engaging. We talked lots between my missions, played chess and, well, one thing led to another and she became my girlfriend. I liked her quite a bit, plus her interest in taking showers together made up for that robot fetish she had. She also kept me honest by instructing me on good dental hygiene. 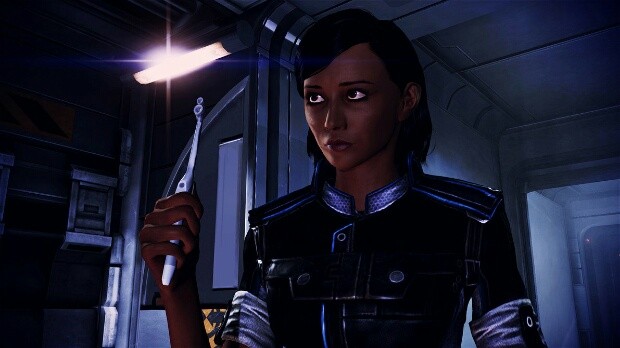 And so it was decided - after I saved the galaxy from the Reapers one last time we would get married, get a house with a white picket fence and have two kids. And then a star kid gave me four choices, I picked one and I died, leaving Samantha a widow.

Even before I looked to check the ring again, I was pretty sure Bioware was giving me the opposite of what I wanted. I put on the ring once more and nothing happened. No throne, no Evangeline and Zoe.

I played Fallout: New Vegas, slept with Benny and killed him, then tried to woo Veronica but that didn't go anywhere. I ended up screwing over the NCR, the Legion and Mr. House to take New Vegas and the Hoover Dam for myself. In Skyrim, I joined up with the Stormcloaks, learned to shout like a dragon and eventually met a vampire named Serana who had no interest in a relationship even after biting me, drinking my blood and turning me into a vampire. So I married that girl in Whiterun and tore her away from her dreams of running a tavern there so she could be my captive housewife in Solitude - and then I just adventured with Serana all the time.

Nothing from the ring. 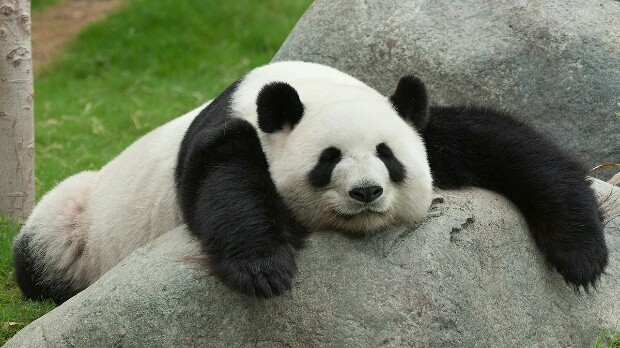 So, I've come to the conclusion that this panda ring does not work as advertised. Bioware, Bethesda and Obsidian Games all seem to give me the same nuanced experiences other people get regardless of my interests and differing choices. I did not experience anything different or special because these game developers liked faes. I've heard people make a big fuss about blue, green and red endings, but I'm more cranky about that dying-and-not-being-with-Samantha thing. I could live without Veronica, but Serana would have also been nice.

I'll never trust a panda again. Screw those guys. I guess I can live with the games, though, even if I don't always get what I want. Still, is sitting on a throne and having Zoe Saldana rest her head on my shoulder too much to want from life? 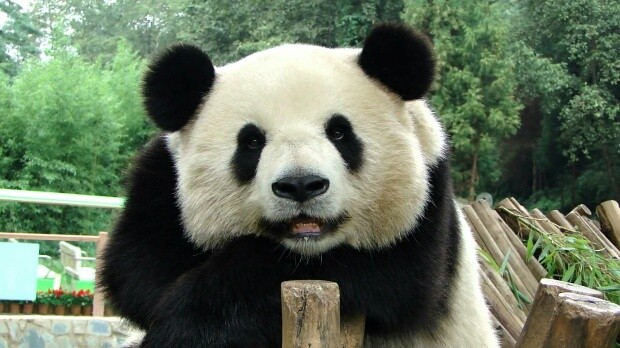