It’s no secret: Virtua Fighter 2 is a cult classic in the 3D Fighting Game genre since its release back in 1994. With 60FPS gameplay, dynamic graphics, and memorable music, Virtua Fighter 2 set a brand new standard for fighting games. Not to mention, it was one of the first games to utilize motion capture animation. For a fighting game that was released in 1994, it was ahead of its time.

It is known, however, that SEGA AM2 released an update to Virtua Fighter 2 just months after the game’s release, entitled Virtua Fighter 2.1. This version was released only to Japanese arcades. 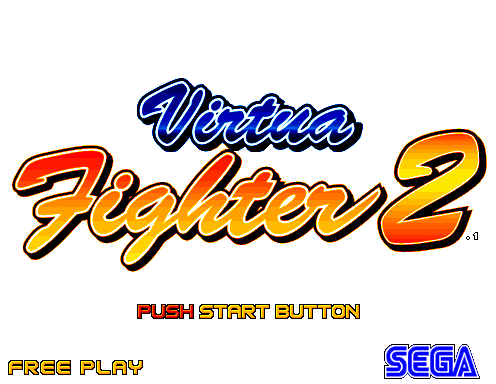 Now I know what you’re thinking… “Virtua Kazama, what is VF2.1 and what’s the difference between that and VF2?”

Well let me just start out by saying this: VF2 (or 2.0 as we call it) had its buggy moments. There were so many glitches in that game that makes you wonder how any of this was possible back in the day. There was that one glitch where you can grab your opponent from far away of the ring (which I think could be done by Jeffry), infinite juggles, going through the ring… This combo video below can give you an idea on what 2.0 was actually like.

Virtua Fighter 2.1 made several changes to the gameplay and some enhancements to the graphics. It also allowed players to use a new version of Dural suitable for gameplay. In order to tell the version difference, the arcade intro shows the characters in their 2P costumes for 2.1, while the previous version shows them in their 1P costumes. But that’s just the minor detail, let’s jump into the gameplay.

The gameplay is what made 2.1 the definite version of VF2 for the VF community. While it is too blind to notice for most casual players, there are some changes between 2.0 and 2.1. Not to mention, 2.1 was the most preferred version to be played in tournaments in Japan due to balance.

2.0 had noticeable moments in their gameplay. For instance, a standard PK combo causes knockdown and you can hold back to backdash without pausing. There were certain balance issues that were considered to be broken and sometimes game-breaking like the teleporting throws as I previously mentioned. Shun and Lion is a prime example of this because when they first made their debut, they automatically track when either of the two characters scoot behind them. Mind you, sidesteps didn’t exist in the game yet and both the new characters had the ability to use moves that work as a sidestep. Finally, when using Lau on the 2P side, his physics are completely changed. He floats high when he gets kicked, and he is slower when he is getting up.

In 2.1, there were several changes to the gameplay that enhanced the experience for players. Some issues that were found in 2.0 were corrected in this version, such as Shun and Lion’s automatic tracking issue in which it is no longer a problem, and Lau’s physics have been corrected. The PK combo now causes stagger to opponents, and backdashing is done by tapping back. As an added bonus, attacking an opponent while backdashing can also cause a stagger and Shun can now achieve master ranking in Ranking mode.

Now for everything else in 2.1. Some characters, like Jacky and Kage for example, received buffs and nerfs in their movesets. Kage’s Koenraku is known as a throw launcher that creates juggle opportunities. In 2.1, they made sure that the throw height has been adjusted and the float time for the throw is shortened, making it slightly harder to do combos. Jacky’s Somersault Kick has been adjusted to ⅕ of a second, which makes it more unsafe than it previously was in 2.0.

As for the overall changes, there were some that were made to be easier for players such as the stick controls as an example. Staggering out of an elbow or a sidekick attack was also made easier by using both the stick and buttons. For down attacks, it was made possible to use a down attack while you opponent is getting knocked down. Lastly, the stopping distance for running was changed from 3.0 to 1.5 meters in 2.1.

If you bought the Saturn, PC, or PS2 version of Virtua Fighter 2, then you would know that 2.0 would be the the default version. While 2.1 was never released outside of Japanese arcades at the time, Saturn and PC owners in the West had the option to switch the game mechanics to 2.1, though it didn’t have some of the changes that the arcade had. The PlayStation 2 version also had that option as well.

Thankfully with the PS3/360 re-release, everyone can finally get a chance to play 2.1 since it is the default setting and with online play.

And as for the Genesis/Mega Drive version… We will never talk about that version.

If you’re curious to know what the differences are between 2.0 and 2.1 in Virtua Fighter 2, download the game on 360 and PS3 for $5. Try switching between both versions and see if you can notice the differences between the two in their gameplay.