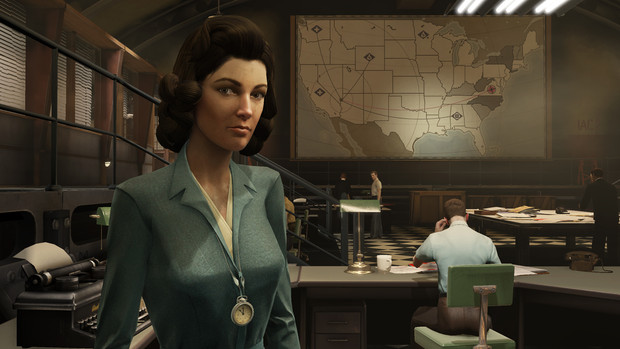 Beyond the surface of Earth vs aliens, can the feel of that original game be translated into the game language of First Person Shooters? As a fan of X-Com's strategic gameplay, I would have loved for a big budget studio to really expand on the turnbased strategy systems of the original, much in the way that Civilization was evolved through iteration. Certainly, I can play that game again with shiny graphics already. There are countless fan/indie projects in progress, striving to recapture and improve upon what makes X-Com so passionately revered. But a real, professional method team working to expand the suspenseful flow of X-Com's battle would have been a dream come true.

But maybe that's the rub? In getting that big budget team, you start to take on all the responsibilities of that budget. Chief amongst those responsibilities being the return on investment. When these games first came out lets be clear: I have no doubt that these designers wanted to make a good deal of loot off their games at some point. However, in those formative years of the industry, maybe they had alot more room to just nerd out on the details. When there were no other strategy games as layered as the original X-Com, pounding away at creating a working system and living progression narrative made sense. What did Julian Gollop have to lose by making systems that players maybe couldn't grasp fully on their first run? Of course he player is going to fail their first run! Games are a challenge, and gamers were buying in for that challenge. Could Mr. Gollop walk in as the head of a modern game team and convince everyone from Development to Production that crafting a difficult, complex system is a sound use of resource and a reasonable path to profitability?

Not at all. He'd probably be laughed at, given a t-shirt, and thanked for making some of the best games ever created.

Regardless of anyone's reverence for the good old days, its unfortunate to have to admit that games spearheaded by a singular vision and protected as such are just a rarity now. I'd bet money that even the star executive producer/designers of the industry like Keiji Inafune, Peter Molynuex and Ken Levine don't have nearly as much authorship as anyone's romantic vision of their jobs would suggest. And with the lack of singular vision and direct conduit to the designer's passion, that's where we lose the nuance? Blame investors? Blame team sizes? Blame hardware arms races? Blame it all maybe? Whatever's the cause, its still a shame that complexity in games themselves, despite the immensity and complexity of the industry, is a part of gaming that is simply becoming ancient history.
#Community    #Rants
Login to vote this up!