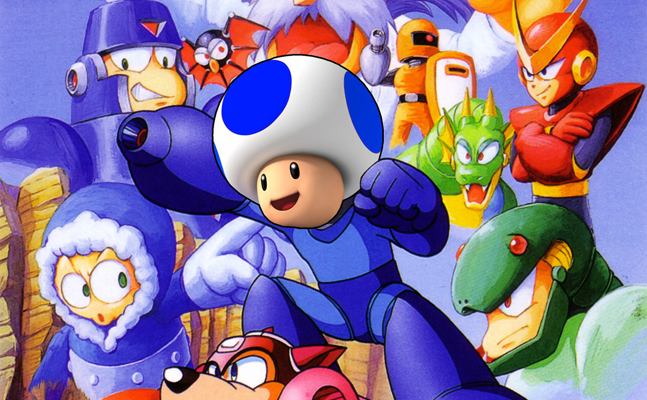 Four years ago, I set out to make the most killer recreation of Mega Man 1 in Super Mario Maker. I think I did an alright job.

With the announcment that Mega Man: The Wily Wars would appear on the Sega Genesis Mini, I knew the best way to honor the game's official North American release after nearly a quarter century would be to one-up my previous efforts with a full-on Super Mario Maker 2 adaptation. Those old Wii U levels? Garbage! Behold the next evolution!

Specifically, I remade the "Wily Tower" minigame that is unlocked after clearing the first three games in The Wily Wars. That's seven levels of Blue Bomber action, from the tussles with the Genesis Unit to the climb up the titular tower. For two and a half months I toiled, building custom bosses, incorporating alternate routes not found in the original game, and even including an "Expert Mode" challenge in the form of an optional 50-Coin hunt. I then bound them under the "Mega Mario World" banner -- a nod to The Wily Wars' Japanese title, Rockman Mega World -- and uploaded the lot on Tuesday, October 8, 2019.

So give these levels a try and tell me what you think! (I also recommend playing through as Blue Toad for that authentic "Blue Bomber" aesthetic!) 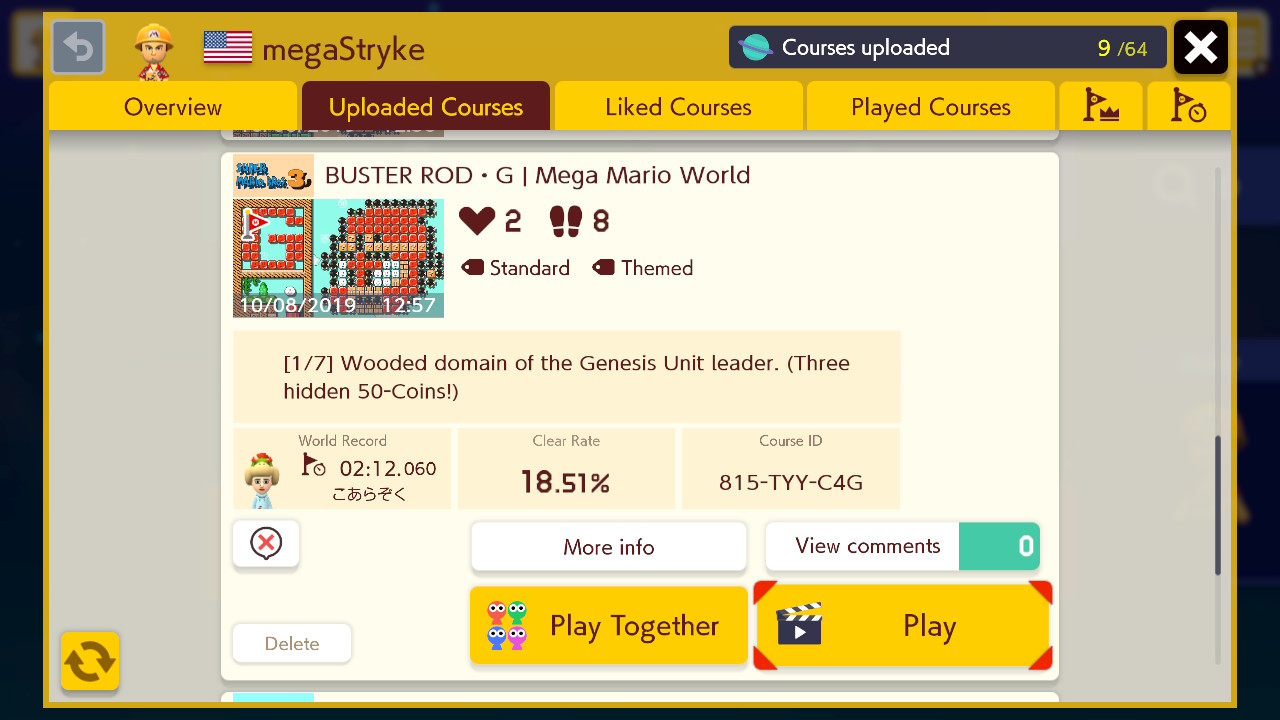 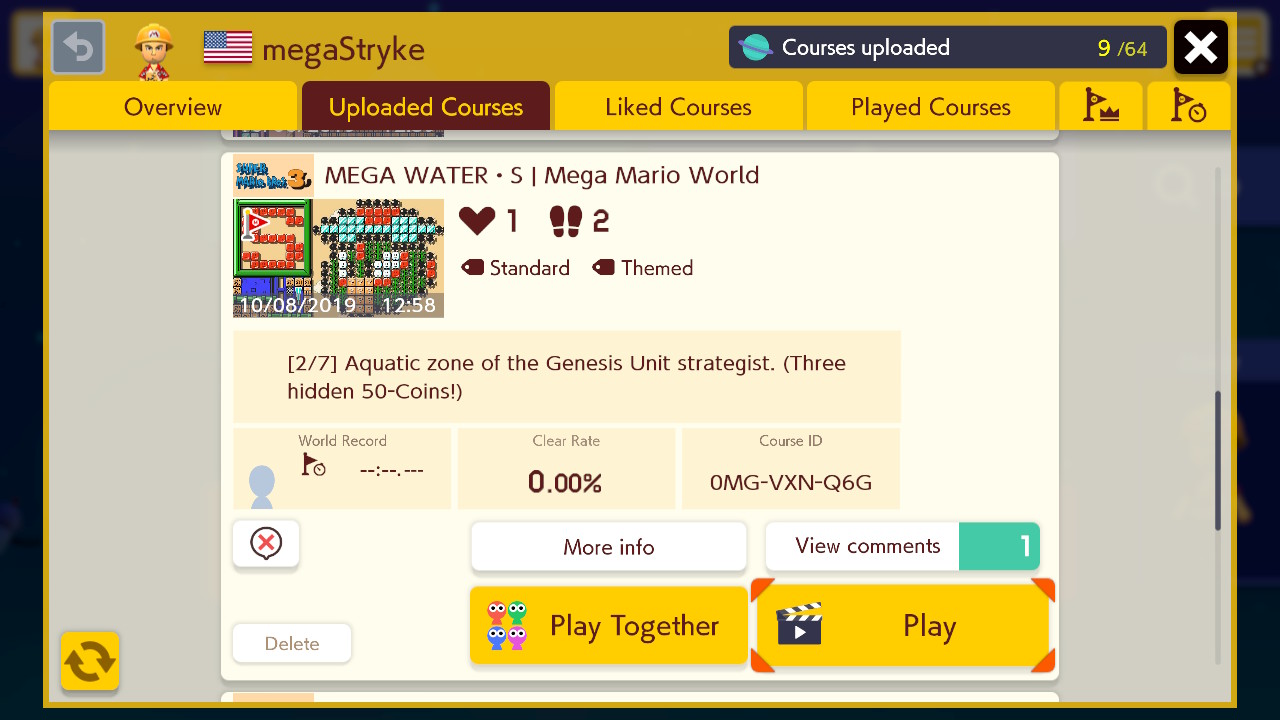 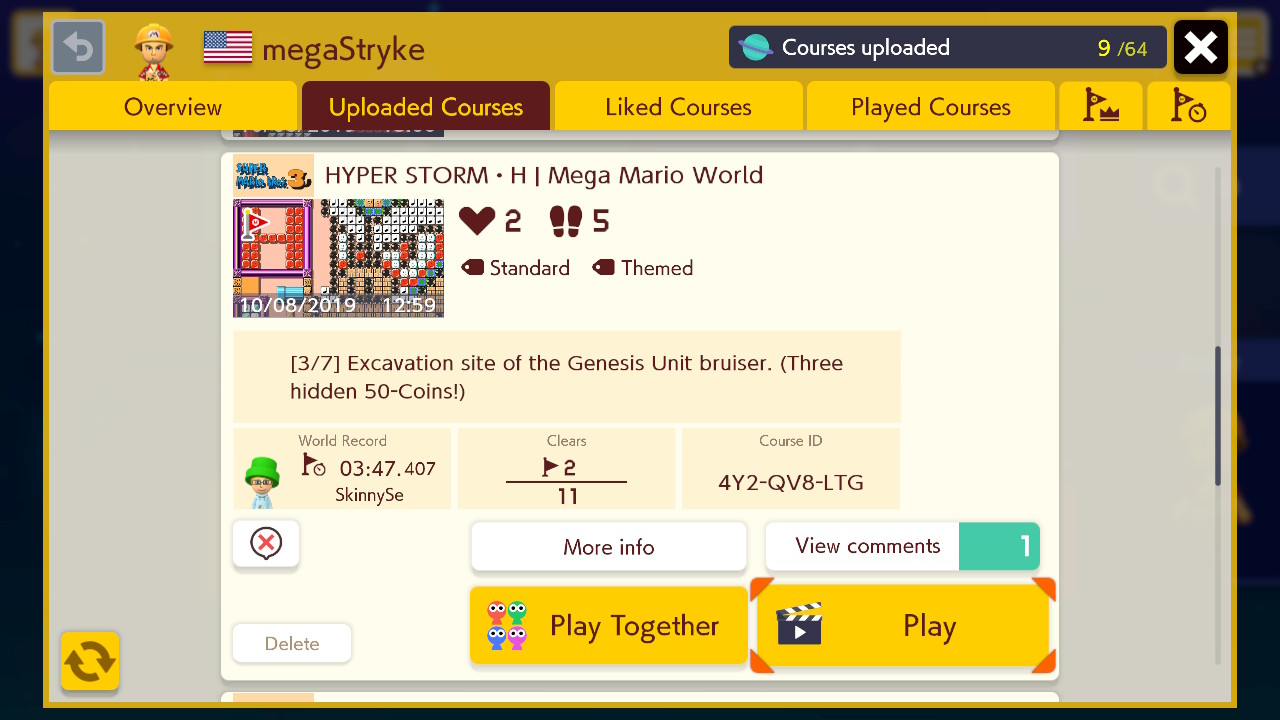 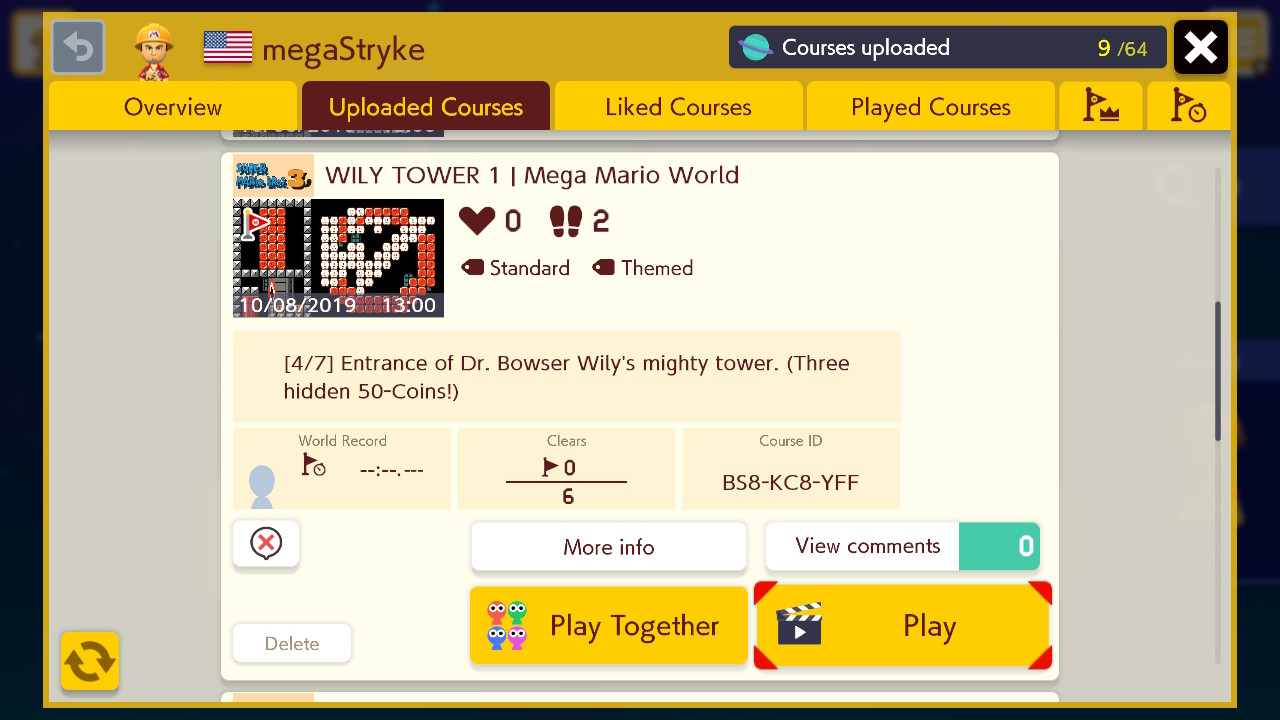 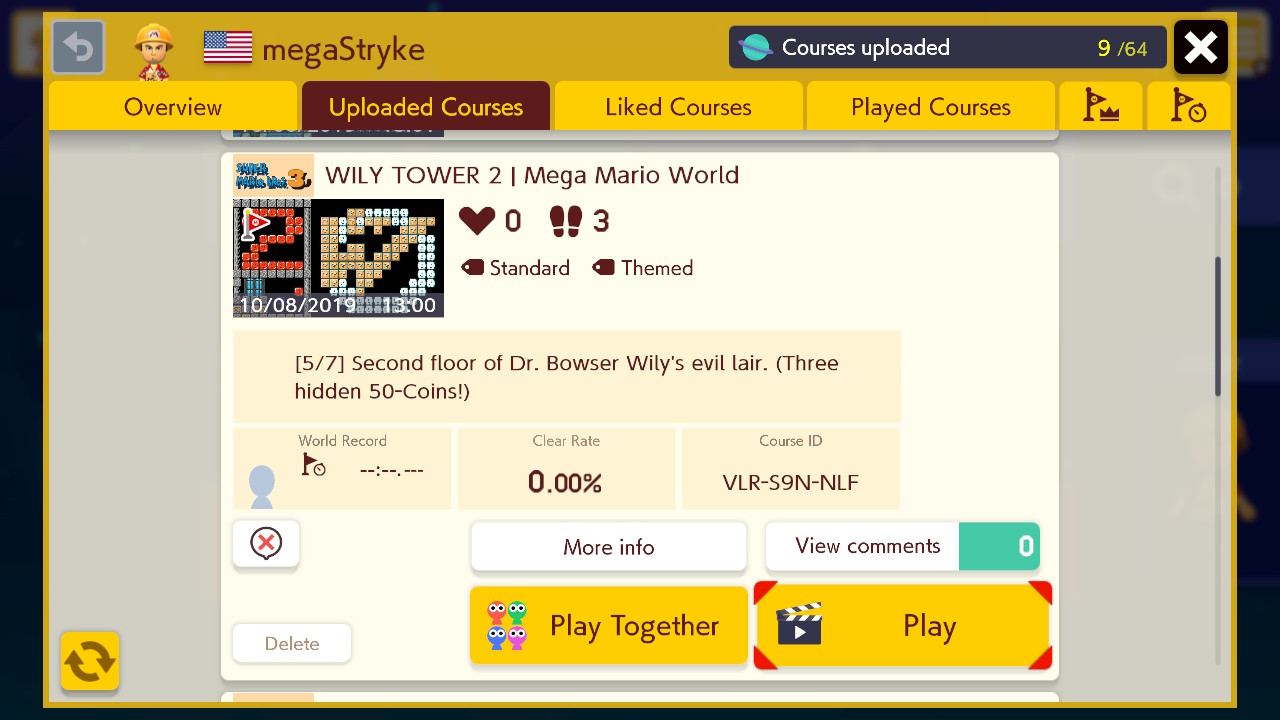 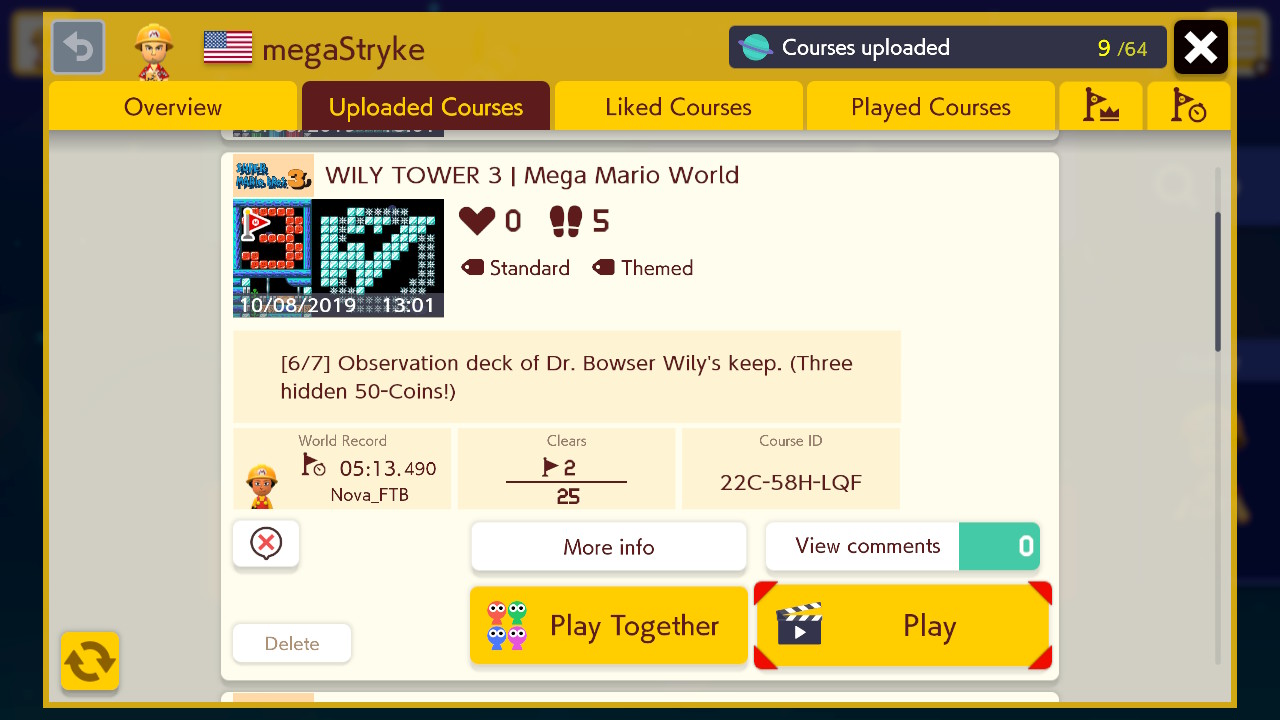 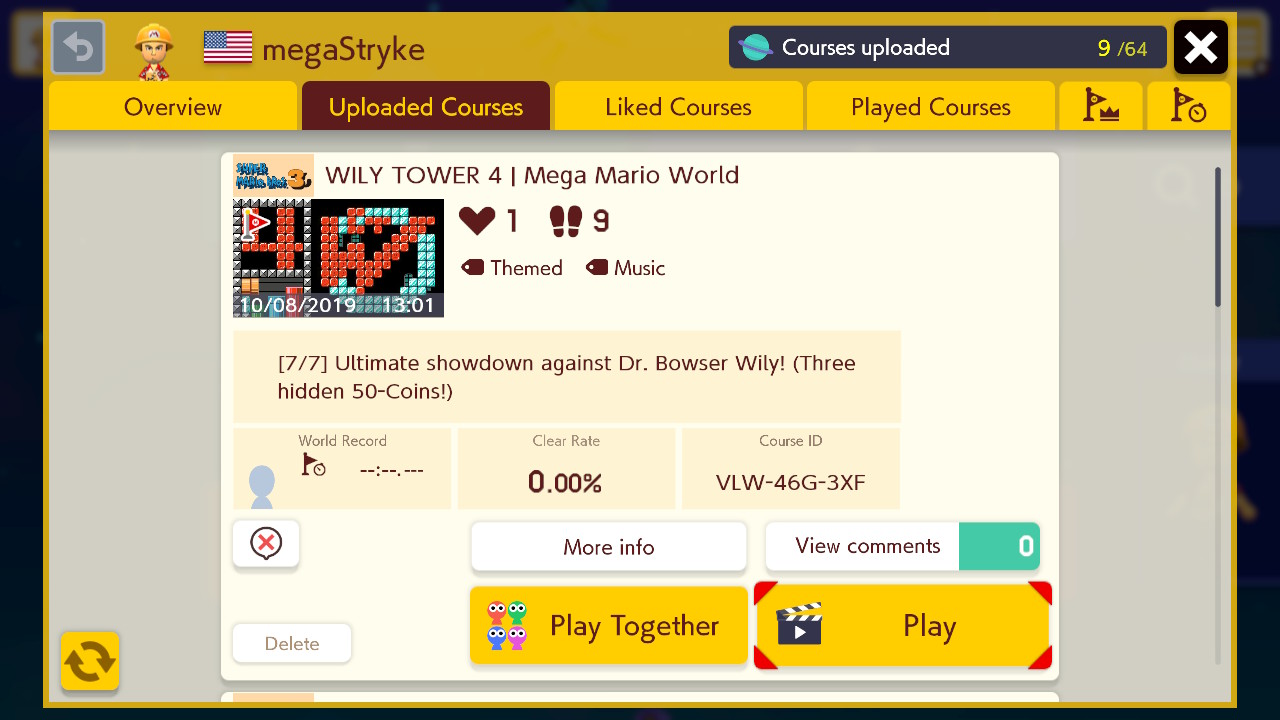