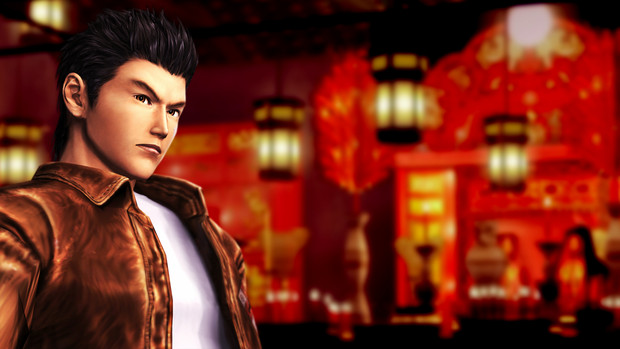 I'm big on collecting stuff, most of you probably know about my Horror Game collection by now, but apart from that I collect stuff from the following franchises; James Bond 007, MYST, Atlantis: The Lost Tales, The Elder Scrolls, Final Fantasy and various cool Collector's Editions of videogames no matter which game it is. My biggest one of those is probably the James Bond one where I have almost every Ian Fleming novel, including the original first edition of the Swedish version of Casino Royale, every film, most videogames and etc. My favourite Bond-actor is Timothy Dalton whom I have a signed The Living Daylights PR-photo of.

I've been using a computer since I was 3 (Yes, I'm serious) and got my own computer at the age of 6. Still, I did not get access to the world wide web on my computer until I was 13. The reason for this was us not having a hub for routing the network cables to more than one computer, so only my dad had any access whatsoever until I bought a hub with my own cash to split the network across our apartment. I'm a national hero in that sense.

I started watching Sailor Moon and Speed Racer in the mid 90's (reruns obviously) and grew a large interest in japanimation as we called it then. I moved on to the Dragonballs and the Ranma˝'s and eventually I had seen every major anime at the time, I was often approached by friends for suggestions since I always knew some obscure crap they hadn't seen. I watched basically every genre there was, until a few years back. I just lost interest, I started seeing the recurring character-types and it started to blur together. The last 'new' anime I watched was Ore No Imoto Ga Konna Ni Kawaii Wake Ga Nai (Not sure if I spelled that right) in 2010, then I stopped. Lost all interest. Which is funny considering my favourite film of all time is The Girl Who Leapt Through Time, an anime feature film based on a japanese novel. However, my favourite show was Higurashi no Naku Koro ni in case you wondered.

Not sure what to write here. Yeah, whoop-dee-do! Now you know that.

#6: I don't hate every videogame-to-film adaptation.

Nope, I actually like a few. Sure, they're not always accurate to the source material, but I have a rule when it comes to adaptations. I feel they should be approached the same way a remake should be approached, an attempt to make something new while remaining close enough to still warrant the name. Keep it fresh but still treat it worthy of whatever you're adapting. I also like a few just out of so-bad-its-good reasons, but nevertheless, I like them. So, what videogame-to-film adaptations do I like? Street Fighter, Silent Hill, Mortal Kombat and... Are you ready for it? This is dangerous alright? I like... I like...

#5: I like the Alone in the Dark film by Uwe Boll.

In 2009 my girlfriend Anna wrote and directed a adaptation of Silent Hill 2 as a stage-play (called Välkommen till Silent Hill / Welcome to Silent Hill). It was in Swedish, was non-profit and meant to be her final school-project for high-school. I played James Sunderland and it even got some buzz on a few websites (not sure if Dtoid ever wrote about it) before it was eventually put down in December. One day before premier we got a Cease and Desist letter claiming we infringed on their copyright despite the fact that we had mailed them months earlier asking for permission and it seemed fine. Either way, they told us to get in touch with them to set things straight and gave us a email address. They never responded after we sent our response. After that Konami shut down most of their European HQs and we could not longer get in touch with them. We did have one test-go before the C&D however, people loved it, at least we got that. I liked the production, wish we had been able to film it so you all could see it.

I got a touch of game-development done when I attended high-school, and I want to learn more. My teacher in 3D-modelling is currently working on FarCry 3 and made enviroments for Motorstorm Apocalypse, so I feel I learned from the best. I also have some very simple programming skills that I hope to improve. Me, my girlfriend Anna and my dear friend Johanna is probably going to attend the school together, so I'm hoping to get us all working on something cool. I used to do games as a kid in "The Games Factory", a development-software that my dad bought for me in the late 90s. It wasn't very good, but it got the roots down, I also did a lot of RPG Maker stuff in the days of RPG Maker 2000. So yeah, maybe there's a future in that for me, maybe not, hell do I know, better to be studying than to be unemployed however.

I do plenty of LPs, started with a (now lost) LP of the terrible DnD game "DragonShard", it was not good and I'm actually glad that I lost the footage. I then did a slightly less bad "Tron 2.0" LP and eventually around the time I started bringing in guests like my friend Dhel, my girlfriend Anna, my other friend Shade etc. was when I started doing some actual enjoyable ones. For Halloween we did four horror games, we did Alone in the Dark (1992), Clock Tower, Resident Evil (1996) and Phantasmagoria 2. It was fun, and it's what really got me doing it commonly. Currently working on a Silent Hill: Homecoming series where I try to get into as little combat as possible, all in good fun.

Yeah, I've stretched this long enough. So I'm now taking questions! Anything you want to know? I answer anything, really, I have no shame, at least not that I know of. So, if you feel there's something you want to know, shoot! ...Though I'm surprised if you even read this far.
#ShareonCommunityBlogs
Login to vote this up! 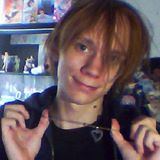 I am the co-creator and co-host of Just Another Anime Podcast. A weekly comedy/discussion podcast about anime, old as new. Also co-creator and reviewer for Boss Dungeon, a videogame blog.