The "Roguelike" style of RPG has been arguably the definitive mode of game design for dungeon crawlers since the release of Rogue, back in 1980. Since it's roots as an ASCII-based fantasy RPG, the game has influenced countless titles and remakes in it's 30 year history, and it's effects have been felt in many great games since then. Titles such as The Binding of Isaac, Dungeons of Dredmor, Dwarf Fortress, and even Diablo borrow a aspects of the original and innovate them further, all the while many games are still being made with the core Rogue experience in mind.

A recent example of this is the game Hack, Slash, Loot, by indie developer David Williamson. It's a graphic-based roguelike full of charming sprite art reminiscent of Realm of the Mad God (Which, in fact, Williamson licensed these sprites out to Wild Shadow Studios to make their game). The game is turn-based, which really helps to make it feel like a pen and paper RPG, although sometimes playing with loaded dice. The game features everything a roguelike needs: permanent character death, randomized dungeon layout and equipment, and a host of different enemies and items to create a fresh and interesting experience each time you play. There is also a large cast of unlockable heroes to choose from, as well as collection of unique quests, each with their own story and setting, with the added touch of your own imagination of course. 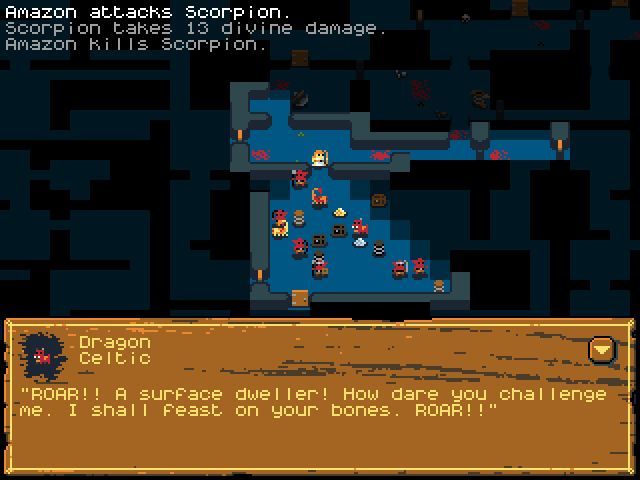 The gameplay is simple and addicting. Everything is condensed into point-and-click controls, so that the whole game can be played with the mouse alone, although there are keyboard controls if one so wishes to play that way. Moving your character around feels just like a character on a board, and the combat is fun but becomes a little flimsy at times. Often fights will descend into a swatting match of missed blows while other enemies in the room (or anywhere in the dungeon for that matter) will close in on you and surround your character while he is still flailing away at the first goon. Squishy characters such as the Wizard or Archer often meet their demise in such a way, but placement and maneuverability are key assets in surviving this game. The game can be a little unfair at times, and maybe with a little tweaking in favor of the player might help make it play better, but it is by no means ever fully unenjoyable. Besides, when have Roguelikes ever been nice to their players anyways?

The game has a robust graphical interface that provides all the information the player needs, and the retro artstyle is magnificent. The sprites themselves are adorable as they are effective, and the game is always pleasing to look at. One of the best features about this game is it's smart map system. While performing it's basic function as a display of key information and the dungeon's layout, it also acts as a fantastic navigation tool in that the player can simply click on any part of the map and your character will automatically go to that spot. This swiftly alleviates the annoyance of backtracking and allows for rapid transportation to unexplored areas. 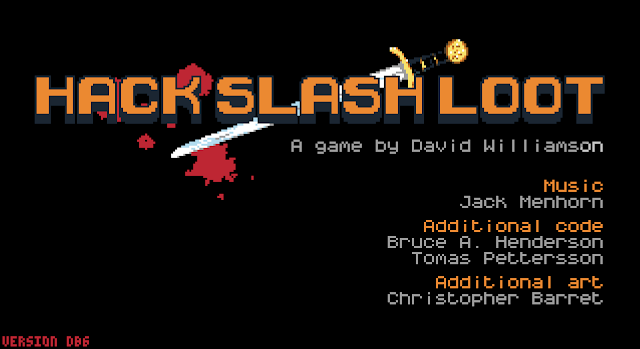 If you've never played a roguelike, Hack, Slash, Loot is an excellent place to start. It's quick to grasp and difficult to master, fulfilling its role both as a coffee break simple time-killer, and a deep dungeon crawler with infinite replayability. It's available on PC, Mac and Linux on Williamson's site here, or you can find it on Desura and Steam.
#ShareonCommunityBlogs
Login to vote this up!