The ESRB just called out the United Nations over video games. 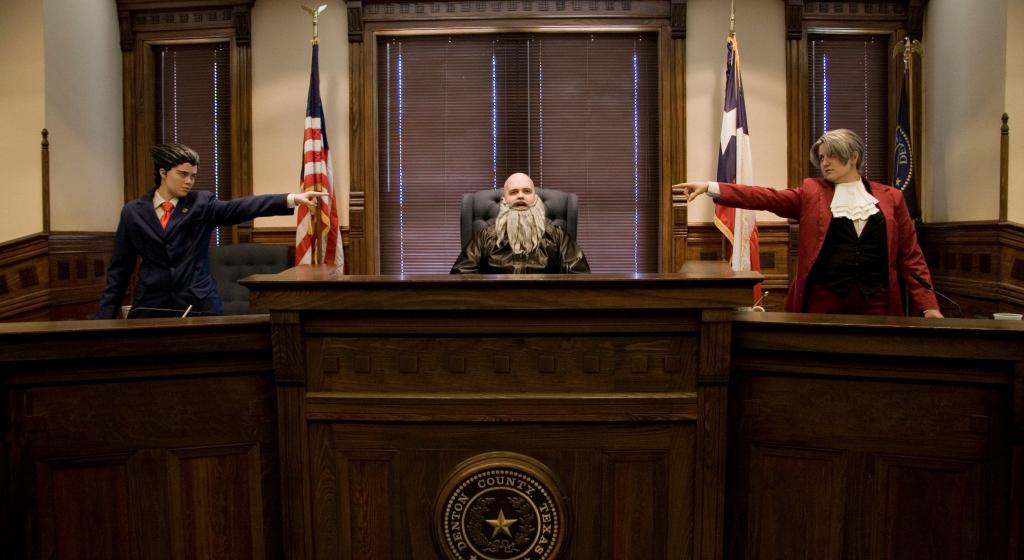 Ok that may be a little bit of an exaggeration more correctly a group backed by the ESRB called The Video Game Voters Network just put this out on twitter.

We firmly oppose the views on #videogames found in the @UNBBCom study. That’s what the #GamerFacts are here for: https://t.co/SW5cY9gKTI

So what's all this insanity about?

Well recently a division of the UN called the broad band commission put out a report. This 70 page+ report (Edit: If this link doesn't work try this one, thanks to Elsa for linking it in the comments) about what should happen to the internet and included a section on video games. Which at the conference it was presented Anita Sarkeesian and Zoe Quinn were there to support the report. (Note: Recently Zoe Quinn has claimed she does not support the report and only saw it the day she got to the UN, but it's up to you how far you wish to trust this in the circumstances). Now I'm going to focus on the report in question here rather than the rather insane things Zoe and Anita said while there.

So what does the report say about video games?

Core roots of mainstreaming violence. There is widespread representation of VAWG in mainstream culture, including in contemporary and popular music, movies, the gaming industry and the general portrayal of women in popular media. Recent research on how violent video games are turning children, mostly boys, into ‘killing zombies’118 are also a part of mainstreaming violence. And while the presentation and analysis of this research is beyond the scope of this paper119, the links to the core roots of the problem are very much in evidence and cannot be overlooked.

For those who don't yet know VAWG isn't a sex term it's the abbreviation used for the term "Violence against Women and Girls". Or as Anita was calling in 2 videos ago "Gendered Violence". But clearly reference 118 must be some heavy scientific research right? I mean this is pretty much the main paper being used to claim games are turning children into killing zombies. Heck the report doesn't even give a balanced representation of video games research it just deliberately obfuscates the research counter to this. Like say the research shown on BBC Horizon recently. So what is source 118 and what does it show. Well it's this one "PROGRAMMED TO KILL - Video Games, Drugs, and The ‘New Violence’ http://www.21stcenturysciencetech.com/articles/New_violence.html " So lets take a look at some choice quotes.

Yet Littleton was only the most notorious of at least eight similar such incidents carried out by child killers, “Manchurian Children,” who learned their deadly skills from video games, and their scenarios from Hollywood.

If this is starting to sound a bit familiar it's because it is familiar as this piece of "research" later reveals.

A day later, on March 22, ABC-TV’s news magazine “20/20” aired a 15-minute segment featuring Jack Thompson, the attorney for Steger and other Paducah parents in their suit. Also featured is Lt. Col. David Grossman, Army Psychologist, who proves the role of the video games in training killers, and desensitizing the users to violence.

The “20/20” segment also showed that the video games industry is counterattacking—using the FBI as their defense! Interviewed on the show, the current (unnamed) Chief Executive Officer of id Software, makers of Doom and Quake, had a ready-made line: FBI statistics allegedly show that violent crime has “fallen” for the past nine years, while the video game industry has grown to a $7-billion-a-year enterprise, even bigger than the movies. “20/20” and id Software’s CEO insist that it’s a right of “free speech” to make products as violent as the user “wants.” Their “free speech” argument is the same one used by advocates of drug legalization..

Now if this piece of research seems a little one sided that's because it is. Most of it is a retread of the claims made by none other than the video game boogeyman himself Jack Thompson. It's quite funny really as the sources for this piece of "research" include "1. Nintendo of America, Inc.: Manufactures Pokémon, Game-Boys, and equipment for satanic video games." and of course "3. Sony Computer Entertainment: Equipment for satanic video games. Was a defendant in the lawsuit on behalf of the three girls killed by video game addict Michael Carneal, the 14-year-old shooter in Paducah, Kentucky.". You read that right this report is seriously based on religious Zealot esc pieces calling games satanic. 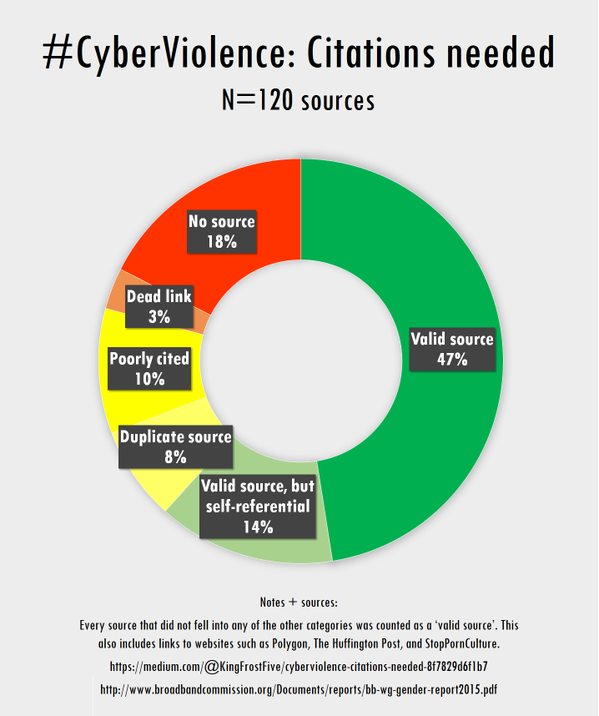 Credit to Jamie Bravo and Super Nerd Land for the chart.

Now if over 20% of the sources not being there and only 47% would meet the level expected of the average 1st year college Freshman. It suggests the report maybe has some problems in it, that's not to mention one of the citations actually cited the computer path to the document that was downloaded on the persons PC and into their documents.

Just when you thought it could get worse. Well there's an unconfirmed rumor that this is mostly based on a previous UN broad band commission report from many years ago.

If anyone does wish to read the report feel free or I can give you the highlight in a later blog but this combined with Anita and Zoes comments would make criticism of them illegal. Criticism of any organisation working to enforce "internet law" an offense. Oh and they'd be punishable by Jail time. The report also goes on to claim how online pornography is leading to sex trafficking and suggest that's a problem.

In short the report is a huge piece asking for people to censor the internet because somehow that will save the world and solve all it's problems.

The ESRB'slatest report actually is very different the last years to, with Mobile considered a separate group. The average age of a game player being 35 for men and 43 for women. It also estimates that over 50% of Us homes now own a dedicated games playing console of some kind. Also only 39% of people playing games are playing social game (so Zynga won't be happy)

So I should really ask the questions.

Has anyone read the report yet? (I mean Polygon didn't despite writing an article in support of the UN report.)

Are you glad to see the ESRB stand up to this?

How much longer do you think this latest push to censor games will last now?