The Problem With Silent Hill... 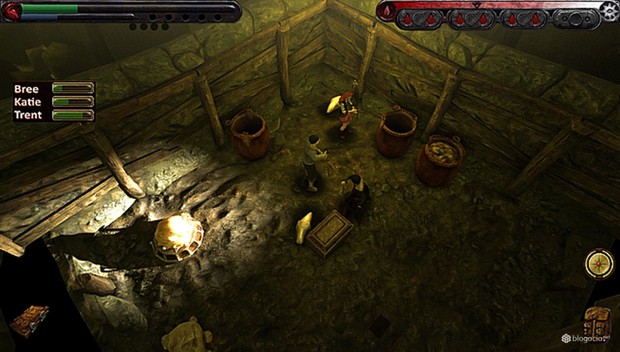 Next level scary, bro. You don't even understand.

Survival horror, as a genre, has faded into the background. The best work is being done by smaller indie developers, which I think validated Yamaoka's feelings that limitations, self-imposed or otherwise, are where the scares lay. Look at Slender, for instance. Dead Space, the last man standing for big budget console survival horror, has given up and gone action. Outside of indies like Frictional Games, the field is nearly empty. It's all about mainstream multiplayer games now. Silent Hill will, in all likelihood, never reach the heights it once had.

You can do what the Silent Hill movies seem to want to do and throw a bunch of potentially scary images at you with no logic or context, hope people don't notice and just milk those diminishing returns as long as you can. Or you can lower the budgets, hire on passionate, talented fans looking to tell stories in that universe and let them loose to make the scariest, darkest things they can think of. Lower your expectations and focus on quality storytelling. Build up a reputation for pants-wetting scariness and make your money from your cultish audience willing to follow you anywhere and buy anything with the Silent Hill name on it. Even if it isn't the biggest selling series in the world, make it mean something. And, for Christ's sake, get Akira Yamaoka back.

That would be the smart play. Now for the realistic one:

Developers and publishers need money... and since there's nothing about the Silent Hill premise that lends itself to space marines, giant explosions, and cover-based gunplay, they're limited on how to exploit the franchise to their best ability. Multiplayer is, according to EA anyway, a mandatory component of gaming now. Find some kind of creative way to integrate it into the franchise. They seem to have attempted that with Silent Hill: Book Of Memories but, not being a Vita owner, I'm not so much against the idea of a handheld, non-canonical four player action co-op multiplayer Silent Hill game as I am suspicious of their ability to pull it off. Vita's don't exactly have the largest install base right now so even if it does well, it's only doing well for a Vita game.

Don't make the mistake of going co-op. It's easy and fans see right through it. Look to how Dark Souls and Dragon's Dogma used multiplayer and work from there. Allow other players to invade a person's world and cause havoc or act as some kind of invisible director, setting traps and enemy spawns. Think outside the box. The name Silent Hill still means something, even if it doesn't have the same meaning to kids as it does to 30-somethings like me. That should be enough to at least get you the benefit of a doubt.

It's crunch time for the franchise. Downpour was disappointing enough that there's only enough room for maybe one more game before people like me, people who have been there since day one, give the franchise up for dead. Bad movies aren't helping. Handheld co-op games aren't helping. At this point, only a "reinvention" could get enough people talking for it to matter... but for that you'll need more creative people on board then you already have. Go big or get small, just don't settle for mediocre.
Login to vote this up!