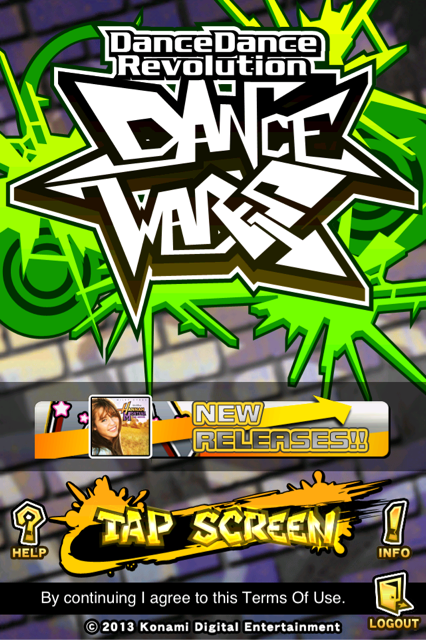 Rhythm game institution Dance Dance Revolution has seen better days. The genre has seen a huge contraction due to an over-crowded market. Those of us who played it when it hit American shores have gotten older and more fearful of having our future political ambitions derailed by photos showing up on Facebook, so we're not as likely to pull out the dance mats as we once were. On the upside, just about anyone has time for a quick two minutes of tapping our smartphones to cheesy dance music while pretending to work.

There's already a proper mobile Dance Dance Revolution game, DDR S+, already available which offers the classic DDR experience, so seeing a more social media based, competitive, freemium game show up in this market was a little surprising. Making an impression in a crowded field is no easy task even with name recognition, especially if that name is well past it's prime. So... does DDR Dance Wars [dance metaphor] or does it simply [dance metaphor]? 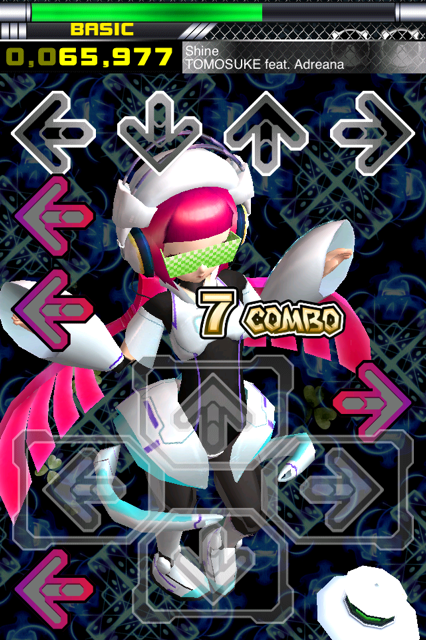 The first thing I was struck by when I started the game up was just how chintzy and low budget it looked. While DDR S+ feels like an actual app, Dance Wars seems like a glorified browser game. There's plenty of free-to-play games with a solid presentation so having Bemani fumble on even that was not a hopeful sign.

It took me a little while to find my footing in the game because I wasn't sure what I was supposed to be clicking on. Some of the buttons just look like generic headers or graphics. I found myself futzing my way through the screens until I figured out what was where. Not nearly enough thought went into a clear, easy-to-use layout.

Once you figure that out, the game opens up a bit. You have a your standard Free Play mode where you can practice what is initially a very small batch of songs. Mission mode allows you to unlock more tracks by completing various songs under various conditions as well as stickers, the currency of Battle mode. At the end of a song, either in Free Play or the Mission mode, you have the option of setting it as your Battle Track. The idea is to set your highest score as a Battle Track which others will play against in Battle mode.

Battle mode is not a direct competition but simply pits your high score against the score of whichever opponent you choose. You're competing for stickers which, in turn, unlock even more songs. Each song is divided up into five stickers and if you can collect and hold each sticker for the song, you unlock it. You're given up to eight different opponents to choose from which actually results in a bit of strategic thinking. Is the guy with "Max 300" on Expert some kind of savant or is he bluffing with a D rating to keep the scrubs away? On the other hand, is the low level player with the generic batch of numbers and "Kind Lady" on Basic just some random dude who played the game once and quit or did he AA or AAA the song to lure in the suckers? 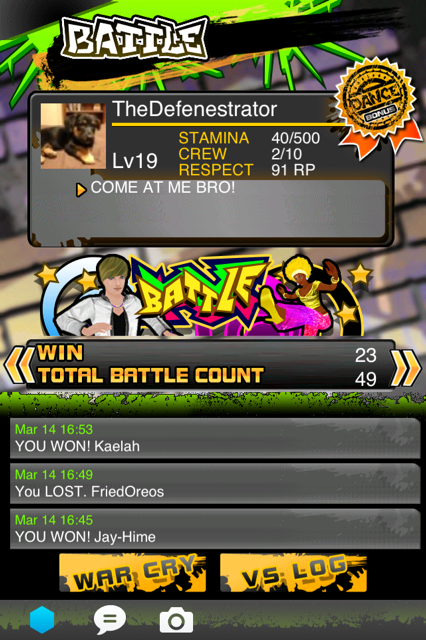 Either way, the game attempts to keep you on your toes by speeding up the song a couple of times during the course of the battle but since these always happen at exactly the same point of a song, you can pretty easily train yourself. The people who set up a "war cry" to accompany the sped up sections, which is just a random line of text to taunt your opponent, actually succeed more because you eye is automatically drawn to reading the text which can then throw off your timing. You can also buy traps to put on your tracks for an additional level of difficulty to whomever challenges you.

If you're looking to stack the odds in your favor, there's always buffs available in the Store for the cost of either the Respect Points you gain from completing Battles or Missions or DDR Points which cost actual money. You can also use your Respect Points on any of four different power ups which can be leveled up for increased effects.

Your biggest boon in Battle mode is your Crew, friends who also play the game. The game allows you ten initially but the size of your crew can be increased through items bought in the store. In order to join a crew, however, you need to sign up for Japan's mobile gaming social network site GREE. Sign up can apparently only be done via the game, so you can't start an account from your desktop and log in later which is a pain. If you don't have any friends of your own on GREE, the game will auto-populate a number of people you can randomly invite. These crewmembers will go with you into Battle and buff you. There's a cooldown period afterwards but having a couple crewmembers along for the ride and a score boosting power up means even inexperienced players can essentially buy a victory.

Even in the mildly diverting Battle mode, the general sense of a game that's been tossed off in a fortnight follows you everywhere. The game will not notify you if you've leveled up. You need to go back to your profile screen to check. There seems to be some sync issues occasionally where I'll fail out of a mission because of a long string of Great and Good ratings but if I immediately replay the song in Free Mode on the same difficulty, I'll be scoring Perfect or Marvelous.

This is a free-to-play game, though, so your biggest obstacle to play is managing your Stamina meter. It defaults at 500, which essentially means you can play five Battles or Missions before exhausting it. There is a power up that reduces the amount of stamina each match costs as well as an item in the store that can permanently raise your stamina and consumable items for a one time boost, so the amount you play will be decided on how invested you're willing to be in a very mediocre game. 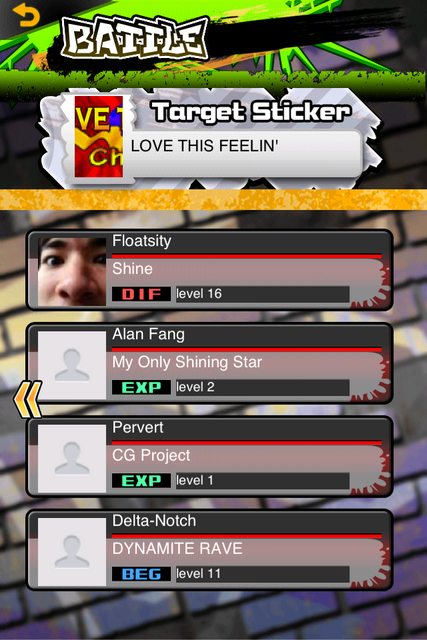 Old school DDR fans will appreciate the returning characters or the songs which have become old favorites. New players will likely be put off by how low budget and cheap the game feels, even at the low, low price of free. The game will be supported by community events that will allow you to unlock accessories for your characters, bonus items or even new tracks. They already have a cross-promotion with another Konami beat-matching game, the vastly superior jukebeat, which will unlock three remixed game tracks for Contra, Lethal Enforcers and Frogger. Being optional tracks, though, they're only available for Free Play mode.

Nothing in DDR Dance Wars is overly offensive but when there are so many classier rhythm games for iOS, including it's sister game, DDR S+, the game really doesn't make a case for itself. While there's a bit of fun to be had and the freemium model is not used in a particularly odious manner, you can easily forget the game in on your phone. Ultimately, it's a solid idea with a poor presentation.